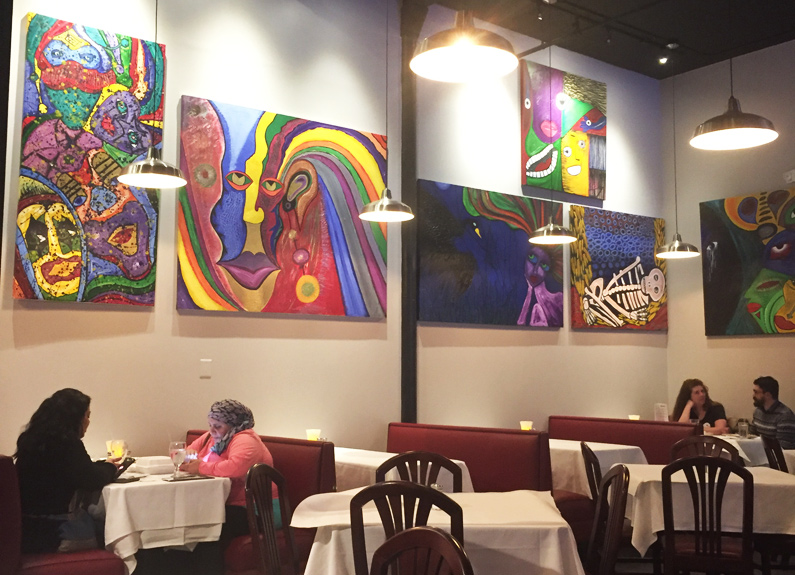 Owner Maritza Rios, who also owns El Paisano in Lindenwood Park, decided to open a Latin American restaurant in the CWE after seeing a lack of Latin American fare in the area. Rios is originally from Peru, her husband is Colombian, and her children are fans of Cuban cuisine.

“I spend a lot of time in this area. I saw people walking around and lots of restaurants,” Rios said. “I always wanted to do something that brings a little bit of Peru [to St. Louis.]”

Dishes include a classic Peruvian ceviche, a papa rellena (a fried potato stuffed with seasoned beef and peppers), Peruvian and Colombian takes on empanadas, as well as larger entrees like lomo saltado and aji de gallina. The full bar includes bottled beers, wine and cocktails like mojitos, margaritas and pisco sours.

The space seats 50 and is decorated with large, vibrant paintings by Jose Gomez, a local artist from Honduras. Cocina Latina is open daily for lunch and dinner from 11 a.m. to 10 p.m.

Taylor Coutain is an editorial intern at Sauce Magazine.