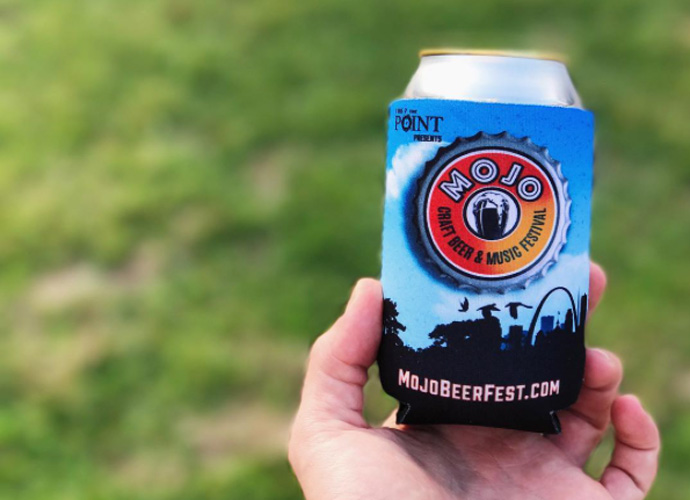 If you are as big of a fan of live music and fermented beverages as I am (and really, is there a better combo?), then head down to Jefferson Barracks Park this Saturday, Aug. 19, for 105.7 The Point’s Mojo Craft Beer & Music Festival.

The event features nearly 30 local and national breweries and headliner Story of the Year, as well as P.O.D., Unwritten Law, The Orwells and more. Breweries like Stubborn German Brewing Co., Public House Brewing Co. and Deschutes will pour samples until 4 p.m., and the music continues into the night. (Tickets are available online.)

I cannot wait to rock out to Lucky Boys Confusion while I reminisce about dancing to their music in my freshman dorm room some 15 years ago, and I'm pairing my trip down memory lane with these three new, locally available brews on tap at the festival.

1. Wellspent Brewing Co. Olivier & Galaxy (3.5-percent ABV)
I am as excited for this upcoming St. Louis brewery as I am for Lucky Boys. This saison won’t disappoint. Look for an assertive bitterness that holds up to the beautiful yeast-driven notes of spice and fruit. A generous Galaxy dry-hopping lends itself to a light hoppy aroma and subtle notes of tropical fruit.

2. Heavy Riff Brewing Co. Left Coast Envy (6.7-percent ABV)
It is only fitting that The Lou’s music-themed brewery provides festivalgoers with a bangin’ West Coast-style IPA before it’s launched into the market. Left Coast Envy offers a pretty intense bitterness to rival the West Coast greats. Caramel malt sweetness, juicy tropical fruit aromatics from a Mosaic dry-hop, a touch of bubblegum and a lingering bitterness are all she wrote for this face punch.

3. 4 Hands Brewing Co. Story of the Beer (4.5-percent ABV)
If it wasn’t obvious, this Kölsch-style ale is the easy-drinking collab between 4 Hands and Story of the Year. Look for classic Kölsch characteristics in the soft fruit notes that linger with a clean and mellow bitterness that follow the juicy American hop aroma characteristic. This debuts at the festival, and a small amount will head into the market in the following weeks.