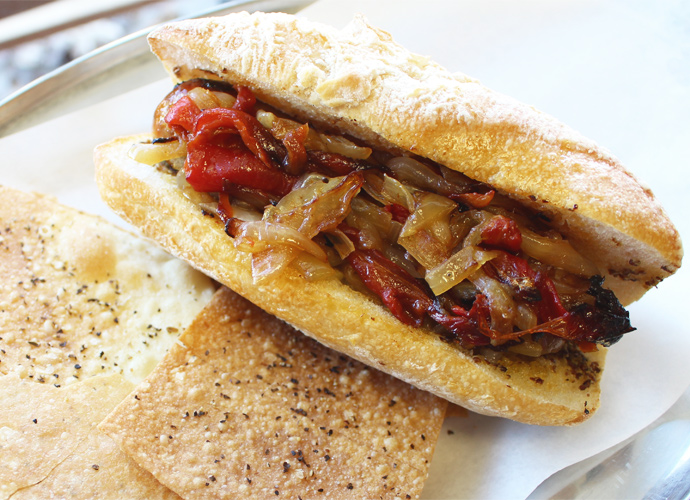 the beast sandwich at salume beddu // photo by holly fann

Salume Beddu will soon stack its signature sandwiches at a new location and embark on a new partnership. As reported by the St. Louis Post-Dispatch, owner Mark Sanfilippo will move the retail sandwich portion of the business to Parker’s Table at 7118 Oakland Ave., leaving behind its current location at 3467 Hampton Ave.

“We’re going to start rolling out sandwiches (at Parker’s Table) in the next few weeks, just to make sure everything’s tight and working well,” Sanfilippo said. “The last service at the Hampton location will be Saturday, May 13.”

“The wholesale business has grown to a point where I really need to hunker down and focus in on it,” he said. “I’m just spread really thin between the two places, and the staff is pretty lean. In talking to Jonathan (Parker), we both thought it seemed like a great fit and a great way to keep the sandwiches going and allow me to focus in on the wholesale side more.”

Parker said he looks forward to the new addition to his Richmond Heights specialty shop. “I think it’s going to be great,” Parker said. “We’ve been friends for years. It just makes sense.”

Sandwiches will be available roughly around the same hours as the Hampton location, 11 a.m. to 3 or 4 p.m., but there won't be seating inside. Most Salume Beddu products will be available to purchase at Parker’s Table as well, and Sanfilippo said he’ll periodically do salumi pop-ups, where he’ll bring with a slicer to offer specialty cuts like coppas and culatellos. He also hopes to do pop-up family-style dinners at Parker’s Table this summer, focusing on regional Italian cuisine.