Grains that Pop: Chefs add crunch to our favorite dishes

Once upon a time, there were many kinds of grains from faraway lands, with different names and sizes and shapes and flavors. One by one they all disappeared, and the people of the land ate mostly rice and pasta. But now, my dears, the fairy tale is renewed: You can’t wander down the aisles of a grocery store or flip through your favorite food magazine without seeing the words “ancient grains.” Quinoa, of course, has exploded in popularity among culinary enthusiasts, and is now joined by amaranth, bulgur, kamut, freekeh, sorghum and other old-time grains on grocery shelves and restaurant menus.

“You know, for a long time these grains were only eaten by hippies and vegetarians,” said Rex Hale, executive chef of The Restaurant at The Cheshire, who recalled crisping quinoa for a squash curry he prepared when he worked at Jumby Bay Island Resort in Antigua in 1993. “But finally everyone is realizing how great they are.”

Although these grains are easily prepared as a side dish or filling hot breakfast cereal, area chefs are jumping on the trend of crisping them for a little extra crunch.

“There’s so much you can do with these grains,” said Josh Charles, chef de cuisine at Elaia and Olio. “They can be ground and incorporated into cakes, popped and eaten as a snack food. They are really great to work with, and easier to find than ever.” Though the kitchen brigade at Elaia and Olio has used various grains in assorted presentations since the restaurants opened two years ago, for the fall menu Charles will feature multiple crisped grains in one texture-iffic dish: a grain and seed salad, featuring a trio of crisped sorghum, kamut and freekeh held together with Greek yogurt seasoned with the North African spice mixture ras al-hanout.

Basso’s Patrick Connolly is partial to using crisped grains as an attention grabber. “As it becomes more (popular) for diners to share dishes, chefs are given two to three forkfuls of any particular dish to make an impression, and adding that little crunch or chew to something can really catch someone’s attention,” he said. Connolly has played with crispy farro, rice, corn, lentils and quinoa in his dishes. Look for his crispy quinoa and shaved raw beet salad with dill and sheep’s milk bleu cheese on the Basso menu this fall.

One isn’t limited to savory applications, either. Bissinger’s Handcrafted Chocolatier’s Dave Owens purchases puffed quinoa, glazes it with agave and incorporates it into Bissinger’s 75-percent cocoa Quinoa Agave Crunch bar. “Combining crispy grains and chocolate is very European,” he said. “It breaks up the texture of the chocolate and is so enjoyable to eat.”
Nor are ancient grains outside the boundaries for those restricted to a gluten-free diet. Executive chef Joseph Hemp of Robust Wine Bar uses crisped grains for his vegan and gluten-free dishes. “Crispy brown rice or quinoa adds a great gluten-free crunch element to any saucy dish instead of bread crumbs,” he said.

The various applications practically trip over one another: Pop them as a snack or add them to salads or soups for some crunch. Stir them into yogurt, sprinkle them on top of a smoothie or mix them with beans and veggies for a simple, healthy meal.

Just don’t call it a comeback. Ancient grains have been here for years. Now that they’ve had a makeover, you’ve got one more way to enjoy them – happily ever after. 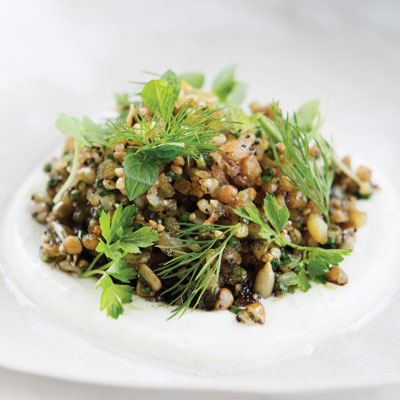 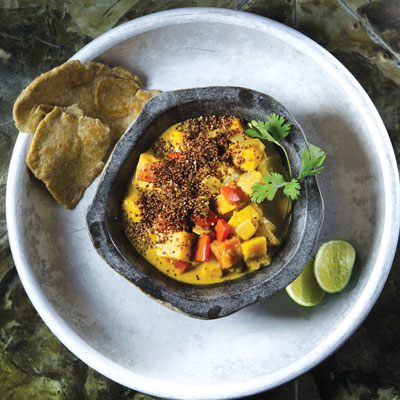