The Bitters Kitchen: The cook’s secret weapon is stashed behind the bar

Hundreds of bitters were around before Prohibition, but The Noble Experiment changed all that. By 2004, only three commercially made bitters were on the market. But the cocktail boon (accompanied with a love for small-batch everything and a quest for all things esoteric) has led to a market saturated with so many brands and flavors of bitters that the drink writer can barely finish his Manhattan featuring a few dashes of Scrappy’s orange bitters before it’s time to try another one featuring Snake Oil tobacco bitters. For contemporary cocktail kings like Gary Regan and Dale DeGroff, the bitters they required to craft golden age drinks no longer existed, so they created them themselves.


In the same spirit of noble experimentation, we’re reconsidering bitters as not just the bartender’s spice rack, but as a whole new seasoning category for food. Why? Because aromatic bitters, also known as cocktail bitters, are made from so many ingredients – roots, barks, fruit peels, seeds and spices – all infused in high-proof alcohol. Just one dash is a concentrated flavor explosion. And despite the name, not all bitters taste bitter, since primary flavoring agents range from fruit to vegetable to flower to herb. Such condensed flavor can be the secret weapon for the kind of cook who gets giddy when rooting through the spice cabinet for unusual seasonings to add to chicken, curry or cookies. Your bitters culinary journey doesn’t have to begin with a trip to the liquor store to buy every brand lining the shelves. Instead, take stock of what’s in your bar right now. Mine held old friends Angostura and Peychaud’s, along with a bottle of barely used chocolate bitters. With this trio in hand and cooking partner Anne Marie at my side, we tied our aprons and set to work.

A Sazerac wouldn’t be the same without Peychaud’s, whose light cherry spice and bright anise bring out the best in rye whiskey, absinthe, sugar and a lemon twist. Put Peychaud’s to work in the kitchen, and it can give a floral lift to a warm salad. Cold month lettuces like radicchio can taste acerbic, so you might not think bitter on bitter to be the best idea. Yet, in a dressing, the ruby red liquid harmonizes with sweet honey and salty rendered bacon fat. The result: a hearty wintertime salad that’ll beget the home cook nothing but praise at a dinner party.

While I’m not among the elect few who are privy to the potent bittering and flavoring agents used to make Angostura so beloved in an Old-Fashioned, I sniffed out clove, cinnamon, cola nut and orange peel in the top-secret formula. Together they screamed, “Use me with meat!” It turns out that Angostura adds such a depth of flavor to a steak sauce, especially one prepared with mushrooms. Even if you hate beef, make the sauce, forgo the meat and lap up this silky reduction with a hunk of crusty bread. Classified as a food product in many countries, Angostura holds huge potential for the pot, from soups to stews to roasted veggies. Just a couple of dashes can add more nuance to a dish than any single spice from the best-stocked pantry.

My bottle of Fee Brothers Aztec chocolate bitters seemed like it would be most content in a sweet treat. If I were a cake lady, I wouldn’t hesitate to use chocolate bitters or chocolate mole bitters to shake up chocolate icing or buttercream filling. But I was curious whether it could outperform vanilla extract in a chocolate cookie. To highlight – not mask – the bitters, I substituted it for the vanilla, adding at least four times the amount called for in a typical chocolate chip recipe. Cutting back to just one egg and adjusting the fats kept the liquid-to-dry ratio in check. Chilling the dough gave the ingredients a chance to bind, so the cookies didn’t spread thin while baking.

Selfishly munching on bitters-forward chocolate cookies that I should have served with glad tidings to carolers, I began compiling a mental list of more bitters projects: Spritz fragrant lemon bitters atop hummus. Use grapefruit bitters in a vinaigrette over mâche lettuce. Whip orange bitters into a compound butter for a lemon pound cake. Bitters are so versatile in the kitchen – in dishes savory or sweet, used at room temperature or put under heat – that the only limitation is the cook’s imagination (and running out of those precious 4 fluid ounces). From now on, I’ll be buying two bottles at a time: one for the bar, the other for the kitchen.


Drink This
A bitter thirst-quencher

Tend to get thirsty while you’re cooking? Don’t uncork a bottle of wine. Just fill a glass with club soda and ice, and shake in a few dashes of your favorite bitters. It’s refreshing, flavorful, low-cal, un-weighted by sugar – and you’ll still be coherent when you sit down for dinner. 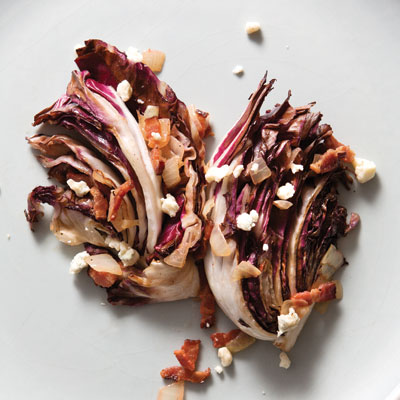 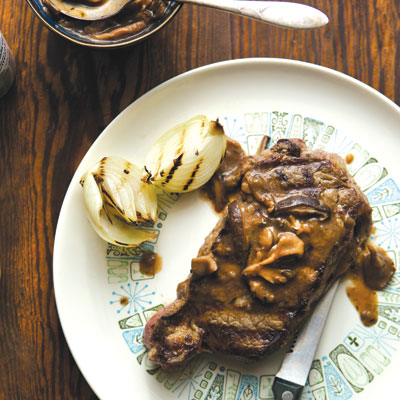 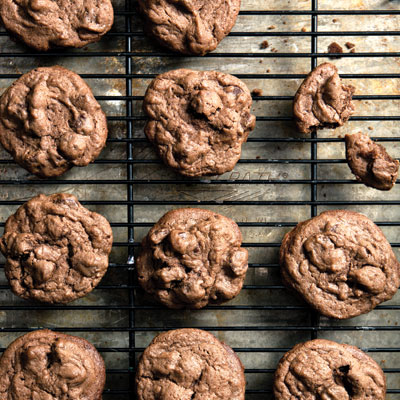