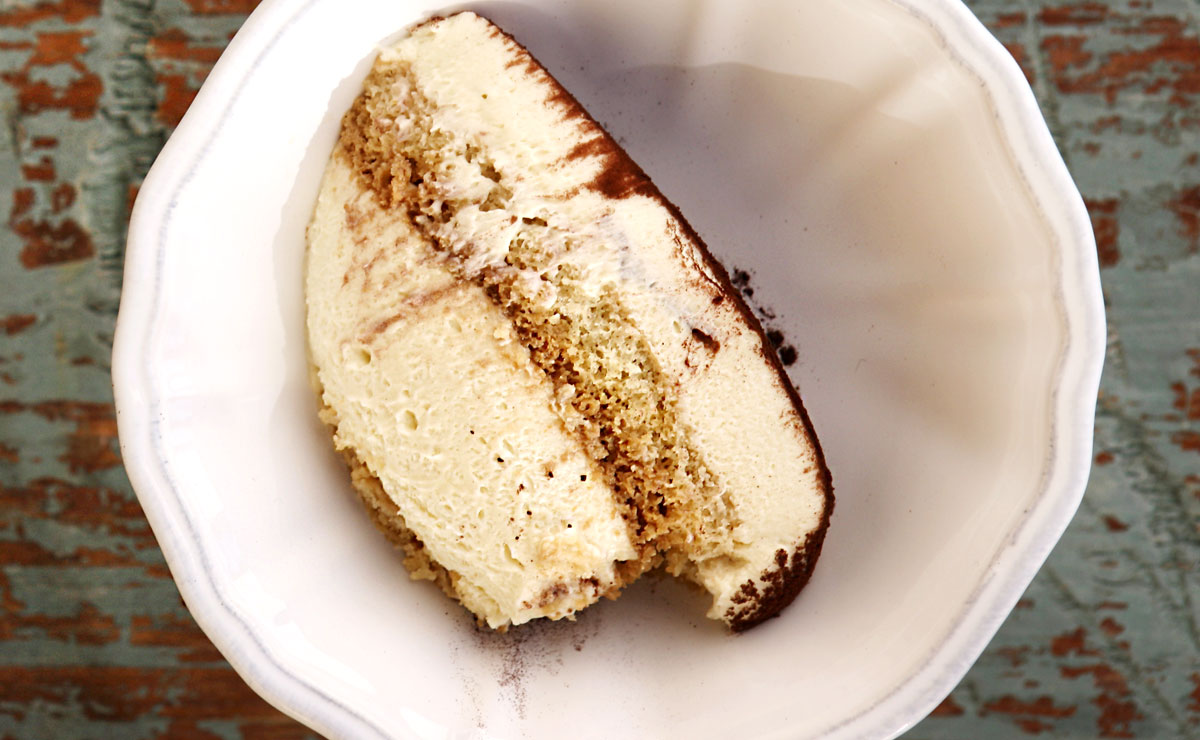 • First, make the mascarpone mousse: In a medium heat-proof mixing bowl, combine the egg yolks and 2½ ounces of bourbon and whisk to combine. Add the sugar and mix.

• Place the bowl over a pot of simmering water and whisk constantly until the mixture becomes a pale yellow and doubles in volume.

• Remove the bowl from the heat and transfer the mixture to an electric mixer fitted with the whisk attachment. Whisk the mixture until it has cooled to room temperature.

• In a separate mixing bowl, stir the mascarpone cheese to loosen it.

• Gradually add the egg yolk mixture to the cheese.

• In a separate bowl, gently melt the bloomed gelatin with one-fourth of the cheese mixture.

• Combine this cheese-gelatin mixture back into the cheese mixture.

• Fold half of the whipped cream into the cheese mixture. Stir to combine. Repeat with the remaining half until fully combined. Set the mascarpone mousse aside.

• Now, prepare the tiramisu: Layer the bottom of a medium dish with one-third of the mascarpone mousse. Spread it into an even layer.

• Dip one side of the ladyfinger in the strong coffee. Dip the other side in the remaining 4 ounces of bourbon.

• Fill the pan from edge to edge in a single layer with the soaked ladyfingers.

• Spread another third of the mascarpone mousse over the first layer of ladyfingers.

• Top with a second layer of soaked ladyfingers.

• Lastly, take the remaining third of the mascarpone mousse and spread it over the second layer of soaked ladyfingers.

• When ready to serve, gently sift cocoa powder over the top. 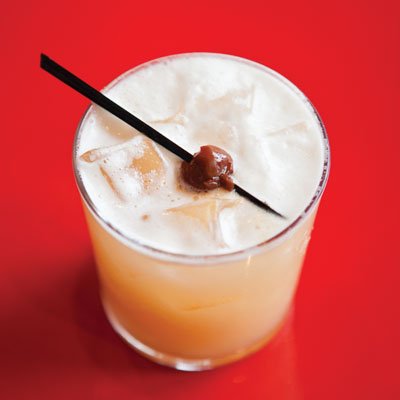 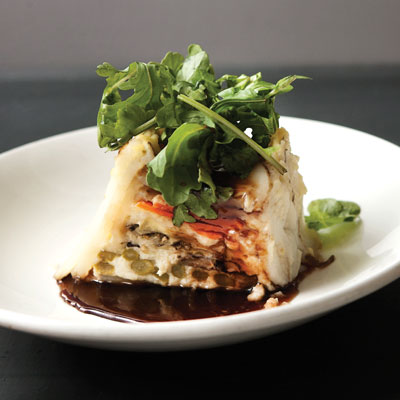 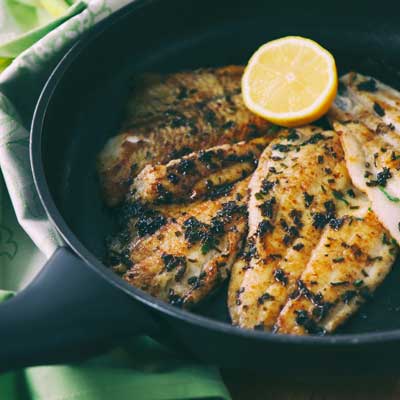