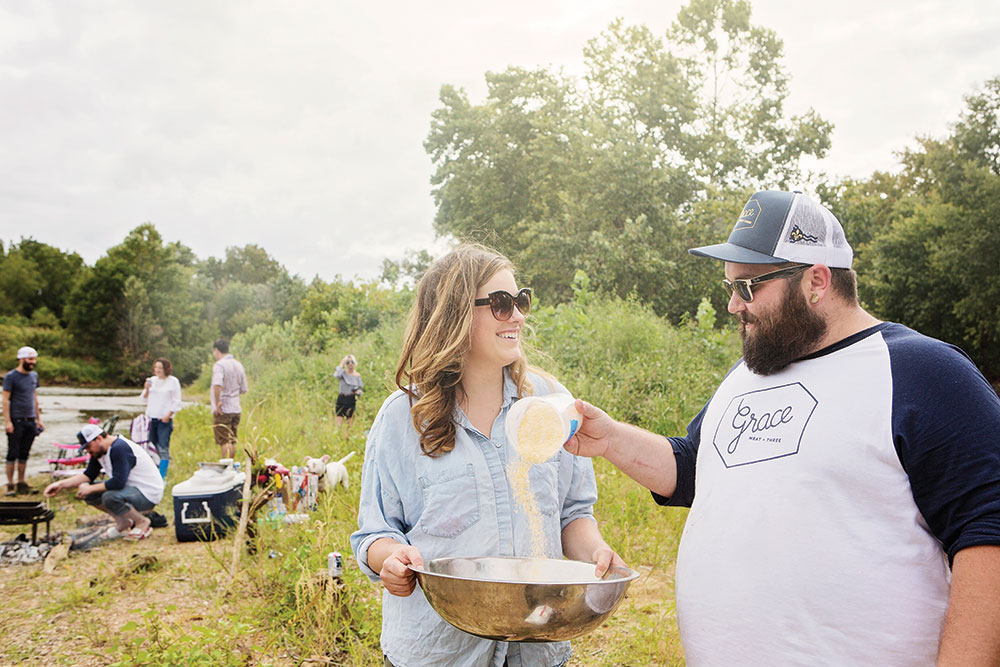 Those roaming The Grove in search of late-night eats in will soon have another option from a popular neighborhood eatery.

Grace Meat + Three will open a late-night walk-up window concept, Grace Chicken + Fish, which will operate out of the Grace location at 4270 Manchester Ave. Chef and co-owner Rick Lewis said he and co-owner Elisa Lewis hope to open the window for business in the next few weeks.

“We’d seen all of these people in the neighborhood late, and we’d always wanted to do a fish and chicken concept,” Lewis said. “We started thinking of creative ways to use our square footage at Grace and thought ‘What about a walk-up window?’”

Grace Chicken + Fish will have its own menu featuring fried chicken, catfish, shrimp and tofu. Each protein option can be customized with 10 different sauces and garnishes that can be mixed and matched, including the signature Grace Hot Chili Blend, ssamjang sauce, Put the Lime in the Coconut and cacio e pepe. Lewis said there will also be a build-your own fries option.

While it’s located inside Grace Meat + Three, Lewis said the new concept will be its own entity, with separate signage and social media presence.

Service will be via a walk-up window on Tower Grove Avenue, and there will be sidewalk seating for 38 for those who want to stay put, plus reserved 15-minute parking spots for carry out.

Service will initially be 11 p.m. to 3 a.m. Friday and Saturday. Lewis expects those hours expand down the line and possibly include Thursday late-night hours and lunch service on Mondays and Tuesdays.

Lewis said he hopes to put the Grace Chicken + Fish concept on a food truck and eventually give it its own brick-and-mortar with the possibility of multiple locations.