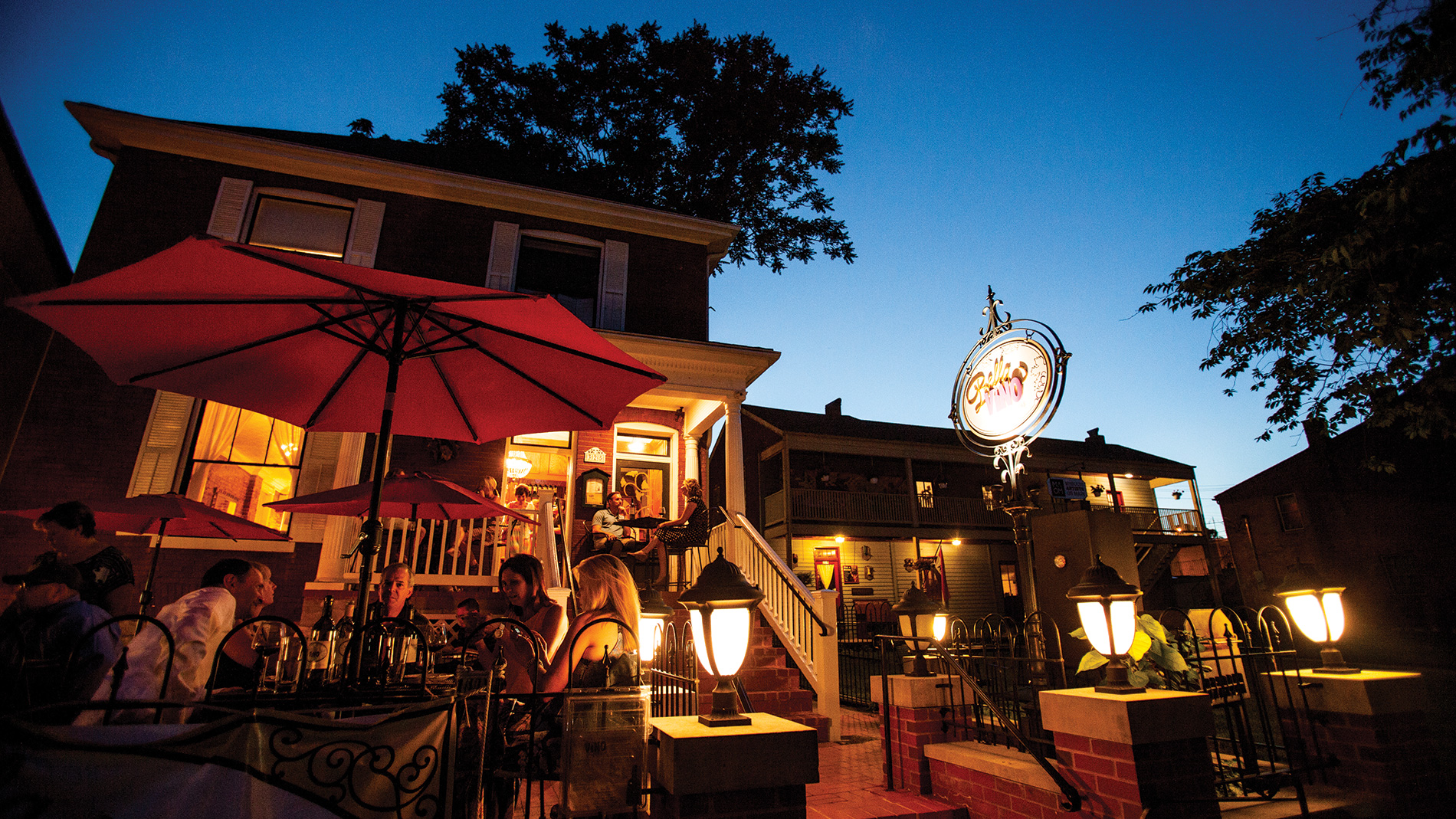 On a calm Saturday night on Main Street in St. Charles, the clamor of the packed dining room at Bella Vino Wine Bar & Tapas hits newcomers with the force of an oncoming freight train. It’s immediately obvious that Bella Vino, which opened its doors on Black Friday last year, has done well since. The crowd speaks for itself (loudly). And despite a handful of rookie mistakes, this is one of the better 30s-plus, couples-friendly spots St. Charles has seen in years.

There’s a definite house-party feel to Bella Vino. This may be because the building was once a home on historic Main Street. (Locals will remember this spot as the location of The Vine.) Front patio tables serve as popular perches for couples and groups of friends who flock there during happy hour. A handful of waiters dash about the foyer/bar area upstairs, running carafes of wine out to customers. The interior parlor room is tastefully dressed down in subtle color tones, wooden floors and exposed brick. Back and to the right, a wraparound couch dominates a far room that opens to a spacious rear patio with overflow space, inhabited on some weekend nights by private parties.

There is plenty to like, starting with the wine menu, which deftly straddles the line between sparse and overloaded. There’s nothing intimidating about this place, and at the same time, there’s nothing serious wine lovers would roll their eyes at either. The compact, two-page menu overflows with pinots, sauvignon blancs, cabernets, rich super Tuscans and other conscientiously placed, reasonably priced white and red blends. These choices are reinforced with a handful of bottled beers plucked from nearby microbreweries. There exists an unimpressive cocktail menu, which stumbles on itself with fruit purée infusions that, despite being fresh, should be dropped entirely. The worst offender is the Blood Orange Margarita, the flavor of which my companion likened to orange baby aspirin. Best to stick with the wines.

Sumptuous, dark red Malbecs were standouts that complemented the handful of thoughtfully crafted small plates. The mussels and chorizo was a surprisingly light starter that featured delightful thick strands of homemade pasta. Crisp flatbreads with such accoutrements as fresh mozzarella, pancetta and soppresso were likewise well worth tucking into. The best of these had to be the duck prosciutto flatbread with Gorgonzola, which normally smacks too much of bleu cheese for my taste. This one was much smoother and offset by a tinge of sweetness from the caramelized onions, which did not overpower the savory cuts of duck. The calamari was another treat, served thickly sliced, lightly breaded and searingly hot, adjacent to a bed of crispy fried spinach and a few dollops of saffron aioli. The menu’s identity crisis (is it tapas or is it Italian?) certainly didn’t detract from the stellar plates themselves. Fair warning, though: they were all quite small, so order accordingly. Also, plan to linger over your drinks. Though the servers were enthusiastic, they were unimaginably slow in delivering beverage orders, which were frustratingly served up one at a time – a custom understandable with tapas but not with booze.

Dress code at Bella Vino is upscale business casual. Tables are typically full, and for good reason: it’s worth the wait. Generous flavors and tall pours of affordable options (most bottles come in under the $40 mark) help fuel the laid-back ambiance of this enticing little wine bar, which has proven a sublime addition to downtown St. Charles.