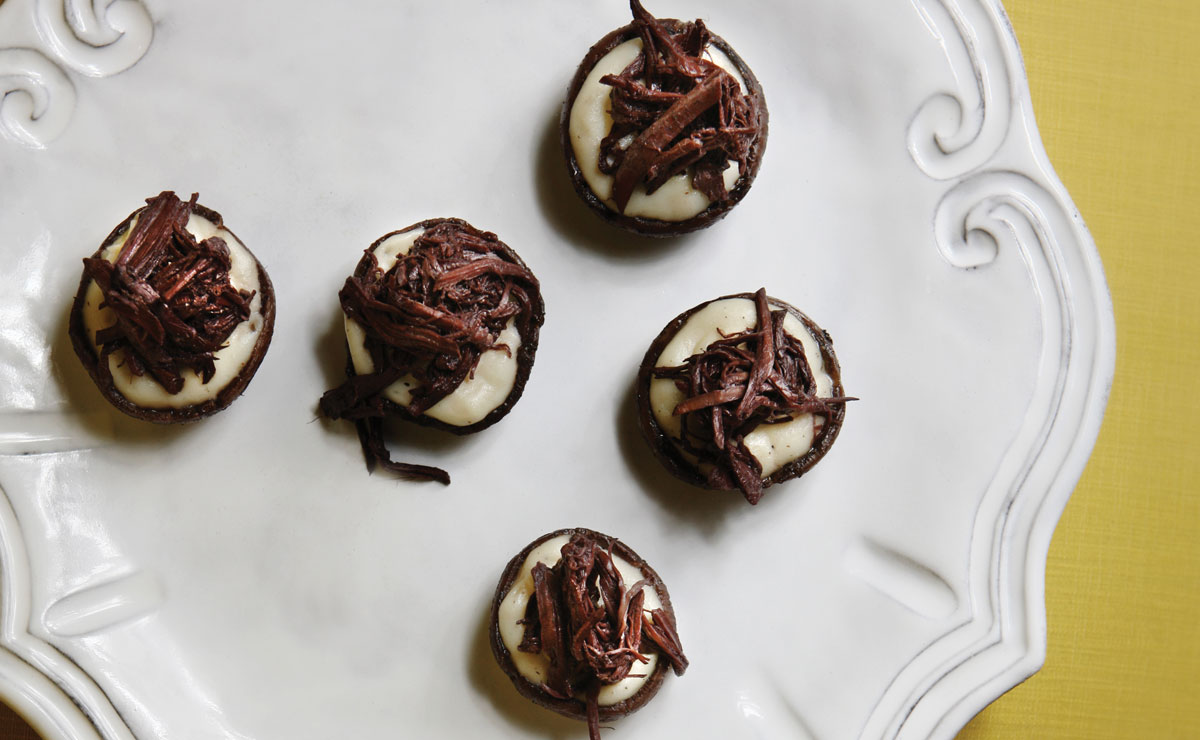 • Place the potatoes in a large stock pot, cover with cold water and add a large pinch of salt. Bring to a boil over high heat, then reduce the heat to medium and cook the potatoes until fork-tender. Drain well and return them to the pan.

• Meanwhile, heat the butter and cream until hot. Add the Gorgonzola cheese and stir together. Add the sauce to the potatoes and mash them until smooth. Season to taste with salt and pepper.

• Using a paring knife, remove and discard the stems and insides of the mushrooms. With a damp paper cloth, gently wipe the outsides of the mushrooms, removing all dirt and sediment. Place them cap-side up on a baking sheet and drizzle with olive oil, then sprinkle with salt and pepper.

• Bake until the caps start to brown and soften, approximately 5 to 7 minutes. Remove from the oven and allow to cool.

• Top each mushroom with warmed short rib meat and serve.

For the braised short ribs
• In a large skillet, heat the oil. Season the ribs with salt and pepper. Add them to the skillet and cook over moderate heat, turning once, until browned and crusty, about 18 minutes. Transfer the ribs to a shallow baking dish, arranging them in a single layer.

• Add the onion, carrot, celery and garlic to the skillet and cook over low heat, stirring occasionally, until very soft and lightly browned, about 20 minutes. Add the wine, thyme and rosemary and bring to a boil over high heat. Pour the hot marinade over the ribs and let cool. Cover and refrigerate overnight, turning the ribs once.

• Transfer the ribs and marinade to a large, enameled cast-iron casserole dish. Add the chicken stock and bring to a boil. Cover and cook in the lower third of the oven for 1½ hours, until the meat is tender but not falling apart. Uncover and braise for 45 minutes longer, turning the ribs once or twice, until the sauce is reduced by about half and the meat is very tender.

• Transfer the meat to a clean, shallow baking dish, discarding the bones as they fall off. Strain the sauce into a heatproof measuring cup and skim off as much fat as possible. Pour the sauce over the meat; there should be about 2 cups. 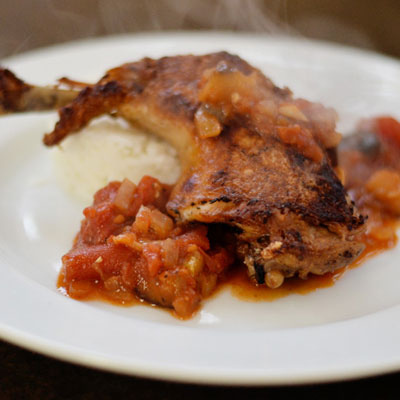 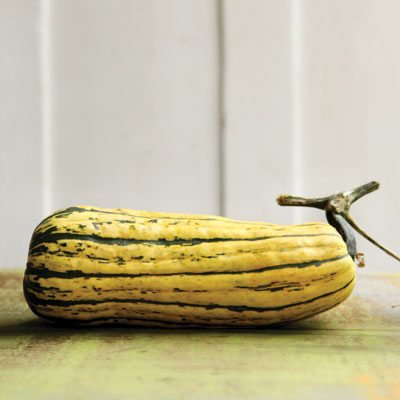 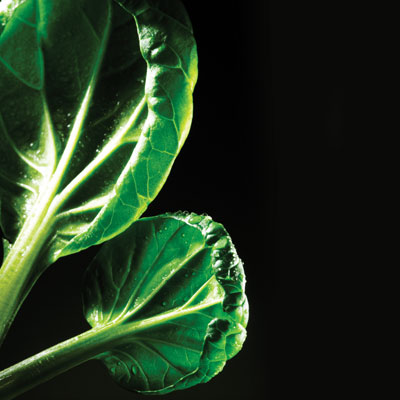