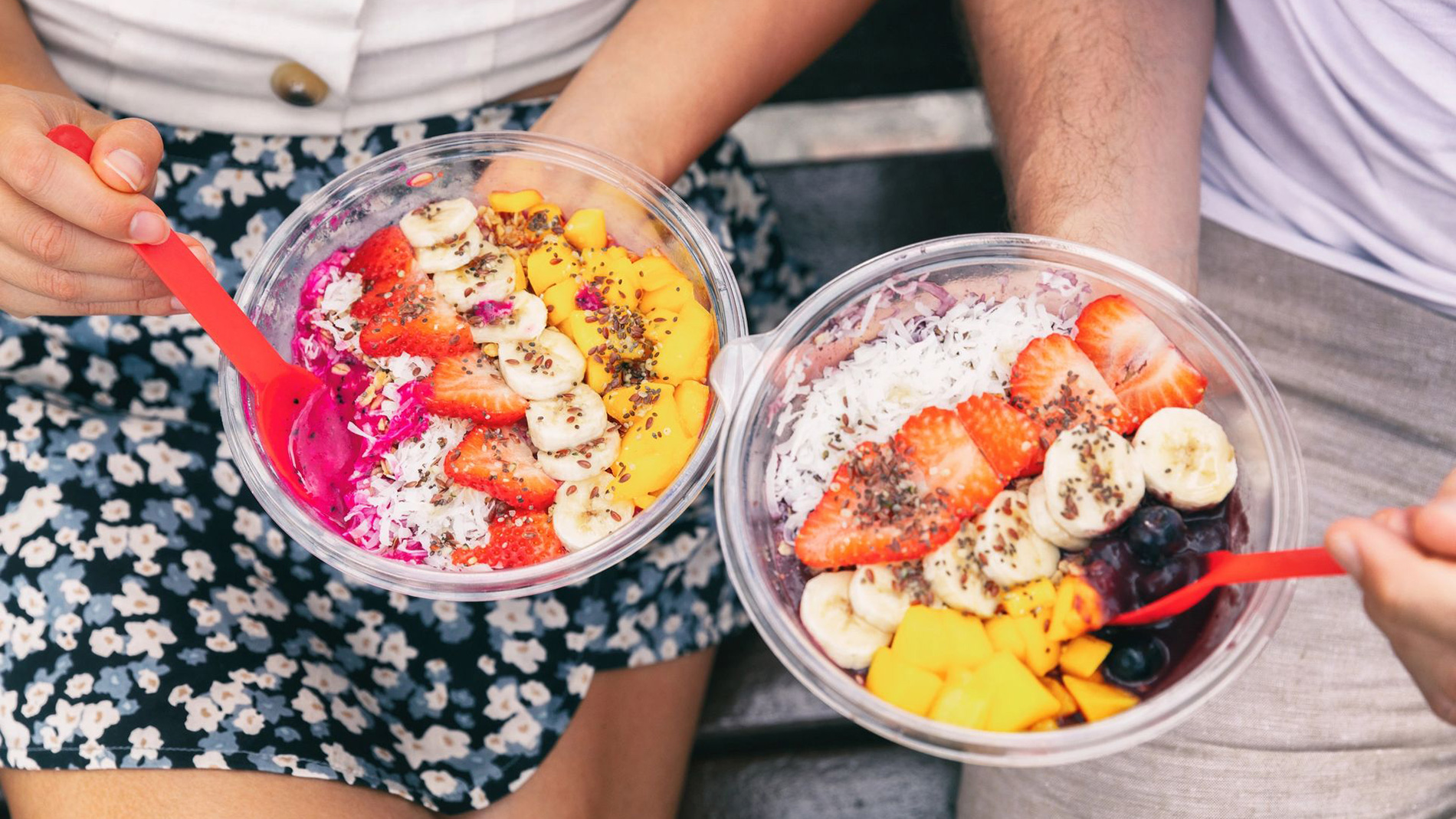 What started as a creative way for husband-and-wife duo Dustin and Whitney Cole to encourage healthy eating at home has now turned into an upcoming spot inside the food hall at City Foundry STL at 3730 Foundry Way in St. Louis. BerryBox Superfood Bar is currently under development, with plans to open to the public this spring.

BerryBox has been in the works for a couple of years now, according to co-owner Whitney Cole. “It started with Dustin. He had a love for acai bowls, and then during the stay-at-home orders, that’s when he really started experimenting with the bowls,” said Whitney. Dustin would also experiment with smoothies, eventually including their kids in the process. “We were all at home and it just kind of became a fun and healthier option that our kids got involved with too.” Inspired, the couple began playing with the idea of turning their love of bowls and smoothies into a business. “We just really couldn’t shake the idea.”

Until a few months ago, the Coles owned a salon, which was sold in May of last year to help them focus their attention on BerryBox. But for many years now, they had their minds set on working with City Foundry. “We wanted to be part of City Foundry from literally the very beginning in some capacity,” said Whitney. “And so, as this started growing and our brains we were like, this is the perfect test spot for this concept that we want to continue to grow throughout the community.”

The couple began working with City Foundry about  a year ago to bring their concept to life. “The nice part about them is they have all of the designers, architects, construction firm all kind of under one house. So, it's almost like a turnkey kind of business,” said Dustin Cole. Construction for BerryBox should begin within the next two weeks. Once completed, BerryBox will be found next to Fordo’s Killer Pizza along the back wall of City Foundry’s food court.

The Coles want BerryBox to reflect their personalities – positive and cheerful – while also focusing on being a healthy alternative for everyday meals. “We could be the breakfast spot you want. We can be your dessert. We just want to have different opportunities, different options for people,” said Whitney. “It’s in the ingredients that we use in our bowls and our smoothies.” According to Dustin, the fast-casual superfood bar will focus on antioxidant-rich ingredients to help give people the nutrients they need to improve their quality of life.

BerryBox will have an assembly line setup for their bowls. “It's going to be like an open kind of bar that you walk down and you can say what you want on your bowl,” said Dustin. Their customizable bowls start with one of their bases, including options like acai, coconut, mango, dragon fruit, and blue magic (made with antioxidant-rich spirulina algae mixed into a coconut cream base). A fruit of choice is added to the base, then toppings like honey granola, shaved almonds, goji berries or chia seeds are sprinkled on top. Finally, the bowl is drizzled in house-made peanut butter, almond butter or locally sourced honey.

BerryBox will also offer smoothies (like their cacao smoothie made with a mix of berries, bananas and cacao nibs), a full coffee bar and craft sparkling waters. Juices will be made in-house then mixed with agave and the sparkling water to make a low-sugar alternative to soda.

The Coles hope that people will be inspired by BerryBox to bring positivity back to their community. “St Louis is an amazing supportive community, especially when you're looking at small businesses,” said Whitney. “For us, it’s like a continuation of that.”

The superfood bar is expected by the owners to open sometime between late March and early April 2023. Updates for BerryBox can be found on their Facebook and Instagram.