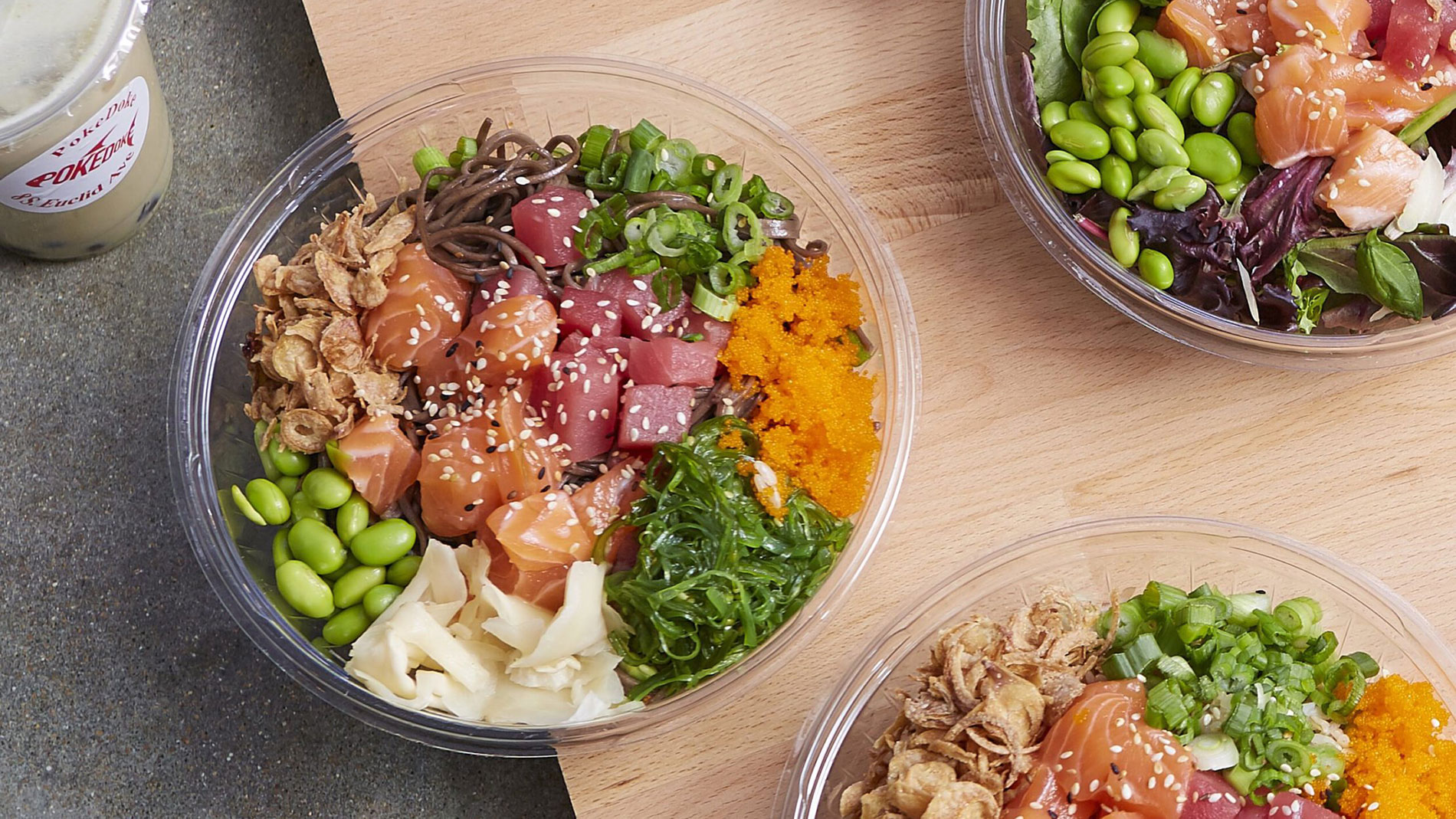 PokeDoke opened doors to its new Central West End location last week. The new storefront is at 23 S. Euclid Ave., Suite B, just across the street from the original space.

“We didn’t want to leave the area,” said owner Andrew Shih. “This is where our first restaurant was opened five years ago, and we love the neighborhood. We love to be part of the community and see how Central West End has grown.” So, when they were looking for new spaces to move into after their lease ended, the new spot was perfect. At 3,200 square feet, the space is almost twice as large as the original, offering opportunities to expand the seating area and menu options.

“We’ve been wanting to offer more of the Hawaiian food that we grew up eating,” Shih said. “Being able to have the extra kitchen space and equipment to provide that is an honor.” Some of these menu additions include kalbi ribs and Hawaiian barbecue. In addition, the new location will offer mochi doughnuts and an expanded boba tea selection.

Shih looks back on the old location with fondness. “When we tore everything out, I was hit with the memory of putting everything in for the first time and feeling like the space was our baby. We had painted the walls ourselves and stenciled our logo on the wall.” Now, he’s ready to move on and build the new space using all the knowledge he’s gleaned over the years. He plans on decorating one wall with wave-patterned wallpaper and adding the PokeDoke logo and neon lights to personalize the space further. Hours of operation will remain the same: 11 a.m. to 8 p.m. daily.

In addition to the Central West End location, PokeDoke also has locations on the Delmar Loop and in Kirkwood.