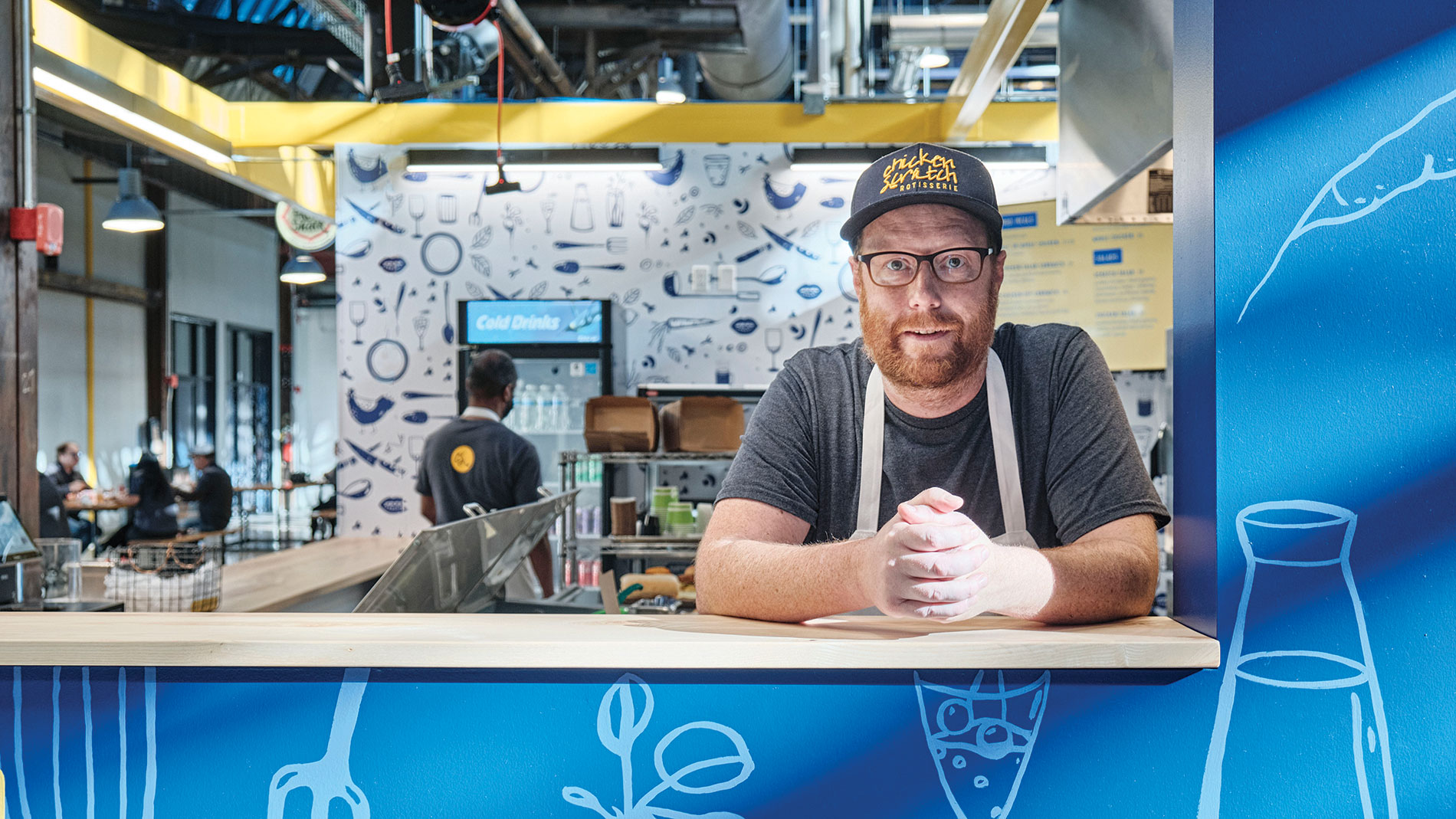 Chicken Scratch is opening a location in Glendale this fall

The couple that brought their popular rotisserie chickens to City Foundry STL last year is on track to open another location in November. The second Chicken Scratch, which was named a Sauce Best New Restaurant of 2021, will soon open in the former home of Pi Pizzeria & ¡Rico! Mexican at 9900 Manchester Road in Glendale.

Co-owners Nate and Christine Hereford opened their first location last October, but the new location in Glendale is going to be a bit closer to their original idea for Chicken Scratch. “Once the pandemic hit, we had to reassess things a little bit,” said Nate. They then found a spot at the City Foundry to take their rotisserie chicken idea for a spin. “It’s just been a really good opportunity for us to start out and test our idea in front of a live audience.”

But some ideas stick around and, a year later, the Herefords found the right spot for a brick-and-mortar location. “The Glendale location just kind of fell in our lap,” said Nate. He said it fit the original idea of what they wanted Chicken Scratch to be and what it has evolved into at the same time. “We’ve kind of come full circle in some senses.”

Chicken Scratch’s most popular items will be on the menu at the new location, including the rotisserie chicken served with a golden jus and both spicy and classic crispy chicken sandwiches. However, there will be some new items to try. “Right now, we have a handful of sandwiches and salads,” said Nate. “And it’s probably going to be at least doubled.” A variety of appetizers, sides and snacks are also in development.

The Herefords are looking to expand their beverage menu once they acquire a liquor license. Starting off, they will have wine and beer, both craft and domestic. Details are still in the works.

Aiming to develop a catering program for Chicken Scratch, the Herefords will begin offering box lunches, then look to the possibilities of larger events with their rotisserie options. “It’s very early in the process as far as the catering stuff goes,” said Nate.

Not much work needed to be done on the inside since the space housed restaurants previously. “The people that were in the space before had done some renovation and they left it in a good enough shape,” said Nate. “For the most part, the bones are already there and ready to go.”

The 1,600-square-foot location will offer dine-in seating for 20, as well as a pick-up window for guests on the go. Several windows brighten up the space with natural light – which will be good for the plants Nate wants to keep inside. The vibe will be what Nate calls “complex simplicity” – with a lot of thought and care put into making the place feel homey, while also using a bright color palette.

The fast-casual dining spot is aiming to open their doors and pick-up in mid-November of this year. Updates can be found on their Facebook, Instagram and Twitter. “We’re going into this with an open mind,” said Nate. “It’s fun to spread ourselves out a little bit.