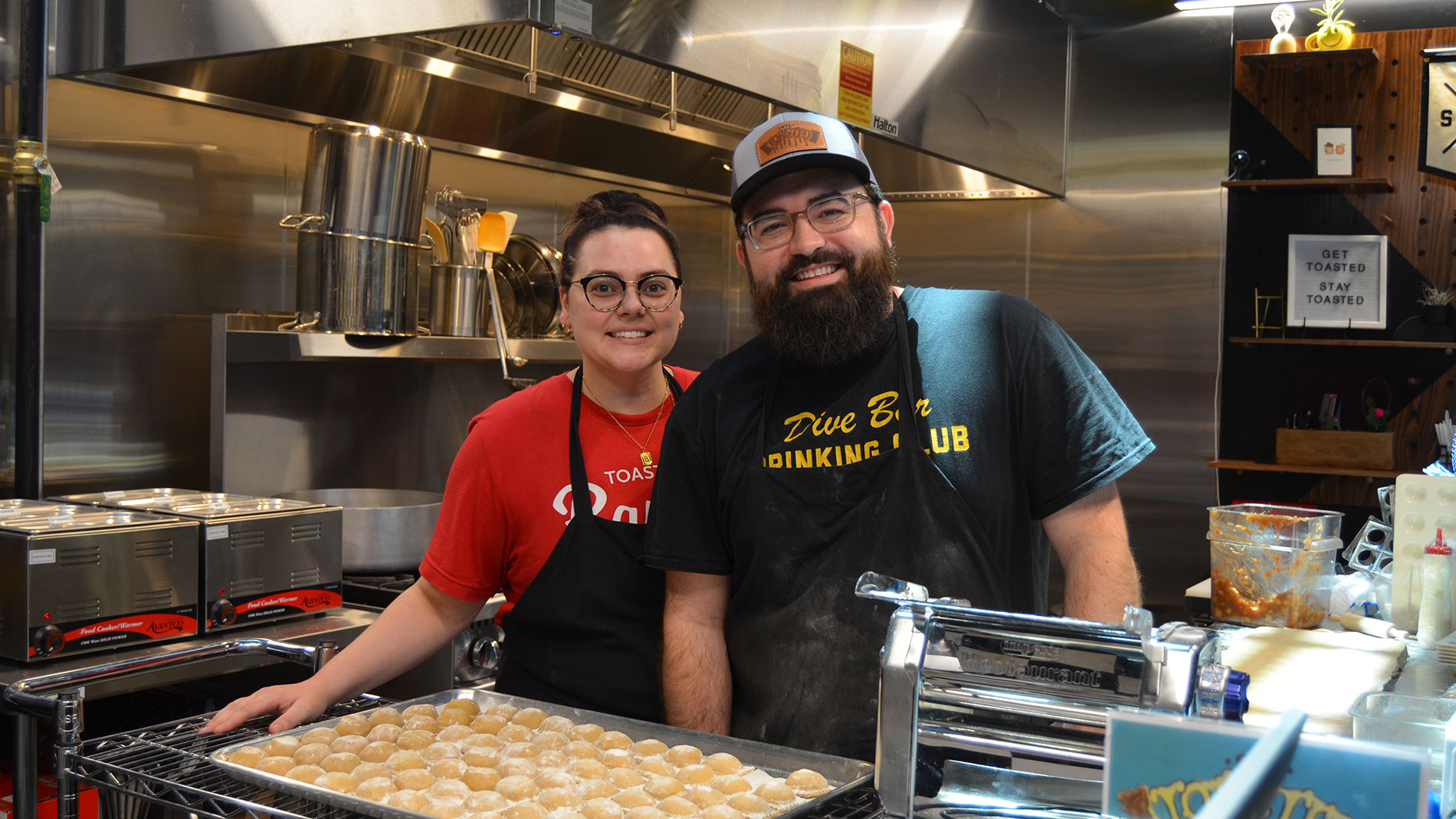 STL Toasted will soon set up a production facility for its toasted ravioli at the former Mama Toscano’s Ravioli space at 2201 Macklind Ave. on the Hill. The facility will supply STL Toasted’s location at the food hall at City Foundry, as well as opening up catering opportunities co-owners Matthew Fuller and Brittany Abernathy say they are currently having to decline.

STL Toasted’s move into the Mama Toscano’s space ensures that toasted ravioli will continue to be made in a building that has been a center of local ravioli production for decades. Mama Toscano’s confirmed its closure in August this year, as KSDK reported, although activity at the Macklind location had ceased months earlier.

STL Toasted co-owner Matthew Fuller discovered the opportunity purely by chance while picking up ingredients on the Hill. “I just happened to go by the Mama Toscano’s building and I saw there was a leasing sign,” he said. “I asked my wife, ‘Hey, should I reach out to this realtor?’ and she was like, ‘Yes.’”

The larger production space satisfies a practical need for STL Toasted, but Fuller also likes the significance of the move. “The building is historical as far as toasted ravioli goes and ravioli itself, so it was kind of like I don't want anybody else doing anything else in that building,” he said. “I want it to be used for making ravioli like it was supposed to.”

Although STL Toasted takes over the lease on the building on Oct. 1, Fuller said production at the facility most likely won’t start until sometime in 2023. Once production at Macklind gets up to speed, Fuller said STL Toasted customers at City Foundry will see the difference. “It'll allow us to potentially switch up our flavors more often because we'll have a space to actually experiment,” he said. “Right now, if we take a break in producing it puts us behind. Once we have the space to do that, then we can actually get a little bit more creative and maybe start doing some more collabs with other businesses.”

With increased production capacity, STL Toasted will also be able to take on some of the catering inquiries Fuller and Abernathy have been fielding, ranging from corporate events to weddings and birthday parties. “We've had to turn a lot of people down as far as catering, events and that kind of thing,” Fuller said. “I don't want to tell people no anymore; I'd really like to see if we can do this.”

In the long term, Fuller said, the new space could offer a retail service selling frozen toasted ravioli. The space could also eventually serve as a hub for wholesale business, as Mama Toscano’s did. However, Fuller is clear on where the current priority lies. “We’re a ways from that right now,” he said. “There's just a lot even with City Foundry. The Foundry is still growing, and there's things coming in there that are going to make that space even more busy than it is right now, so we're preparing for that.”

Fuller said he and Abernathy were delighted to have the blessing of Nick and Patty Toscano, the owners of Mama Toscano’s. “They're just amazing people,” he said. “There's just a lot of knowledge and information that they're willing to impart with us and give us anything that can give us a foot up in trying to take on those new opportunities.”