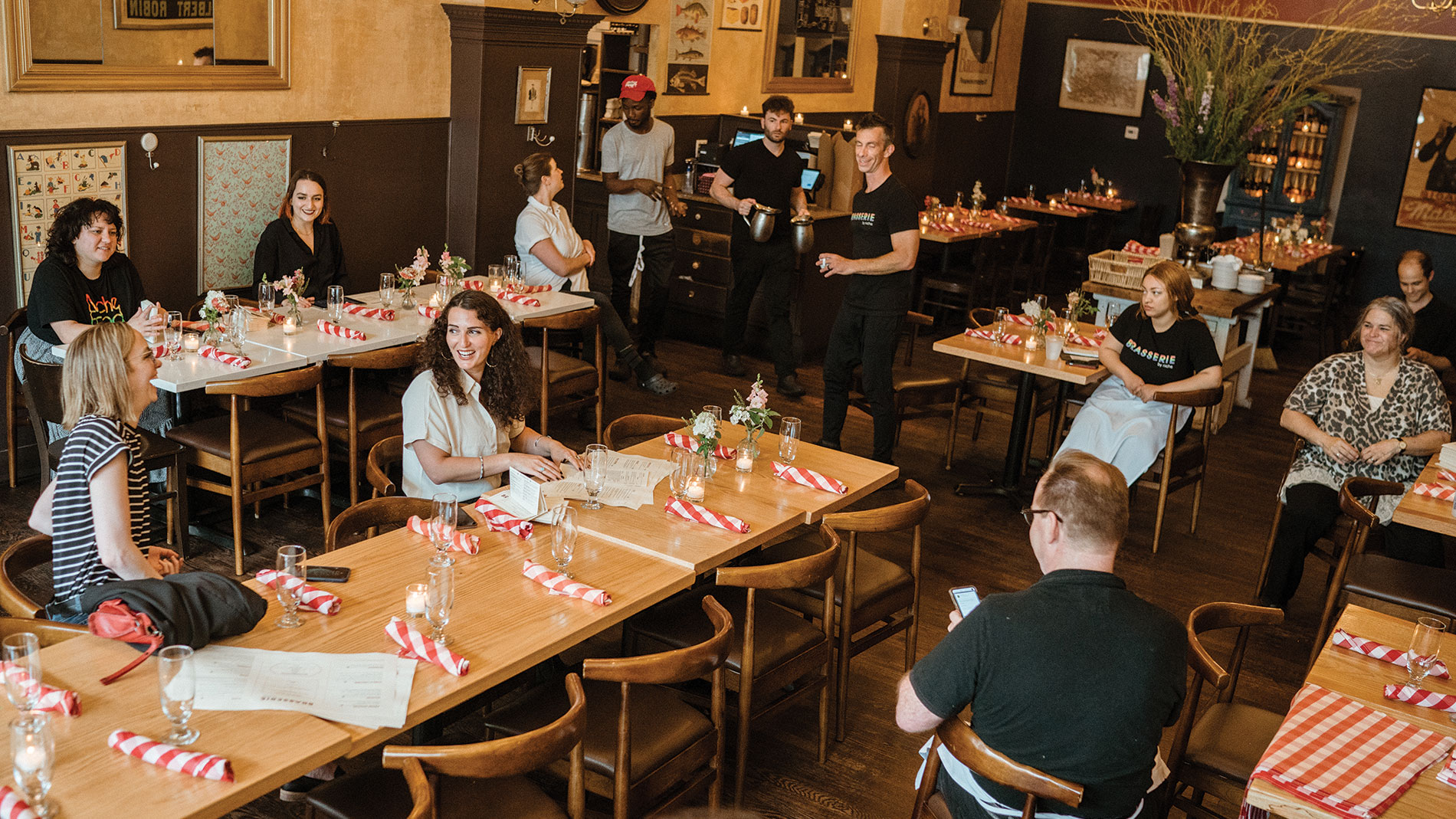 Dozens of St. Louis restaurants will help campaign against domestic violence in October

Angela Ortmann of STLwinegirl is coordinating a large-scale event in her Love to Eat, Eat to Love series, uniting the St. Louis area during National Domestic Violence Awareness Month in October. Over 100 business owners already have said that they would help raise money for organizations that support the protection, prevention, awareness and education of domestic violence victims and survivors.

Ortmann began her Love to Eat, Eat to Love series in 2017, when she saw a need in St. Louis to support immigrant-owned restaurants and adjacent communities in St. Louis. Since then, she has also put together events to support women-owned businesses and those who have lost their jobs during the pandemic. In her fourth iteration of her Love to Eat, Eat to Love events, Ortmann wants to bring the St. Louis community together against domestic violence. “We are a very close-knit community that other cities do not have,” said Ortmann.

In light of recent events regarding the owners of Snō, Ortmann felt like she needed to do something. After some research, Ortmann found out October is National Domestic Violence Awareness Month, solidifying the message she wanted to send for the event. “I wanted to find a way that everyone could collectively make a statement against this, not only within our own industry, but in general,” said Ortmann.

Ortmann sent out a Facebook message to area business owners about her idea. “It was just me throwing it out saying, ‘Hey, guys, we're all upset about what happened. You know, everybody's probably feeling like they don't know what to do. Here's my idea, let me know if you'd like to be part of it. And if there's anybody that isn't included on this message that you think would be into it, please add.’ And it was just like ‘I’m in. I’m in. I’m in,’” said Ortmann. “To me, that is just the beauty of this city and this industry.”

Participating restaurants and shops will be able to choose how they want to participate in the event, with no set boundaries. “There are a lot of restaurants that are short on staff and food costs are so high,” said Ortmann. “I'm making it very flexible because I want everybody to feel like they can contribute and I don't want to be asking more than what they're capable of in an already stressful time.”

Restaurants can do a variety of things to help the cause. One establishment may feature a menu item throughout the month with proceeds going to an organization of their choosing. Another may have an event of their own on a particular day to benefit another organization. A bar may have several designated happy hours to raise funds. “It's not about who raised more, who did more. It's just that all of these people want to show their support in whatever way they can,” said Ortmann.

Some places have already told Ortmann what they are doing next month. Seoul Taco pledged a percentage of their sales to donate from all St. Louis locations every Taco Tuesday next month. Pint Size Bakery will donate 10% of tea cake sales to Lydia’s House the entire month. Bella Vino Wine Bar will make a contribution to Safe Connections in October. As October comes closer, more businesses will confirm their plans for the event, so check with each establishment listed below for details.

Emails come flooding into Ortmann’s inbox every day from various businesses in the area, from restaurants to clothing stores to distributor brands. “My next few days are going to be spent reaching out to everybody, finalizing what they what their participation will be, and then my plan is to create an online calendar,” said Ortmann. “I'll also probably break it down by neighborhood and different things like that so that it's a nice, easy guide to find things.”

The events will not solely benefit one organization against domestic violence. Business owners can choose which organization they would like to benefit with Ortmann’s guidance. If an organization is overlooked, the goal will be to “spread the love around,” according to Ortmann. “I think that often one of the best ways to achieve something like this is putting it in with something that they are probably already doing,” said Ortmann. “Small steps by many people is just as valuable as somebody who makes a large donation.”

Ortmann wants the events to be more meaningful than a simple social media post. “You don’t need every chef and owner in town putting up their own Instagram stories saying ‘I’m against this,’” said Ortmann. “Instead, let's do what St. Louis does and let's come together and let's make a positive action out of this and try to do what we can to support the victims and survivors of this kind of violence and abuse.”

Updates will be posted here.