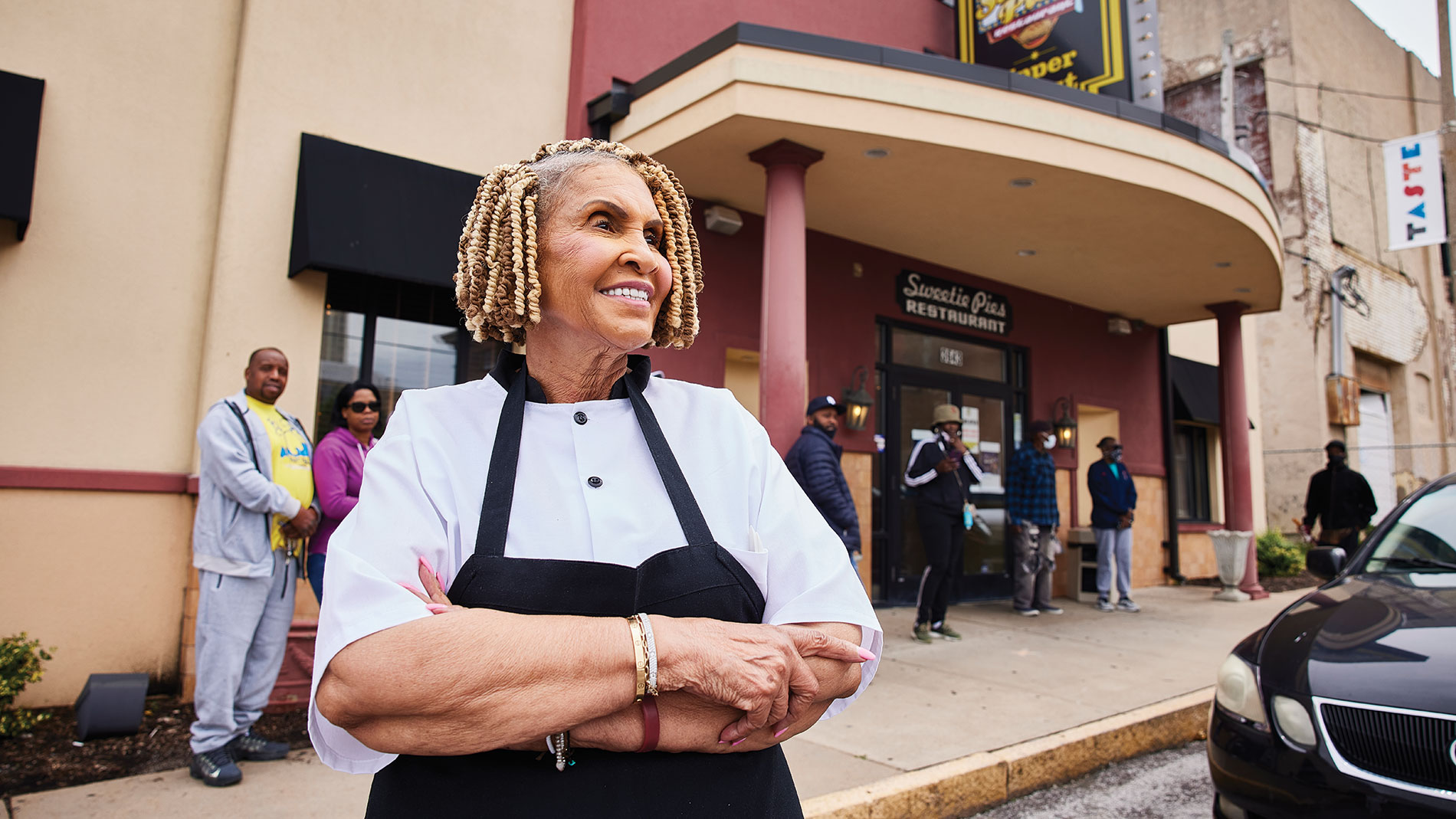 An announcement posted at the entrance to Sweetie Pie’s Upper Crust and on Sweetie Pie’s social media accounts said that the restaurant will cease operations at 6 p.m. on Sept. 25. The statement held out the prospect that Sweetie Pie’s could return in the future, but no plans for a revival have been confirmed.

Owner Robbie Montgomery, a.k.a. Miss Robbie, was one of Ike and Tina Turner’s backup singers in the Ikettes in the 1960s, before embarking on her dream of running her own restaurant 25 years ago. The success of Sweetie Pie’s original North County location led to expansions to the Grove (in the current Grace Meat + Three location) and Grand Center, as well as several Montgomery family spin-offs in St. Louis and around the country. As well as establishing Sweetie Pie’s as a soul food institution in St. Louis, Miss Robbie and her family achieved national fame after featuring on the reality show Welcome to Sweetie Pie’s, which ran on the Oprah Winfrey Network from 2011 to 2018.

Miss Robbie’s empire was pared back in recent years, leaving only Sweetie Pie’s Upper Crust on Delmar Boulevard. However, the restaurant still held its own, and as recently as June 2022, it was voted favorite soul food restaurant in St. Louis in the Sauce Reader’s Choice Awards.

Miss Robbie explained the prompt for Sweetie Pie’s Upper Crust’s closure was the forthcoming expansion of the neighboring John Cochran V.A. Medical Center, a project estimated to cost over $1 billion. “The veterans’ hospital is needing space to expand in order to continue helping our brave veterans,” Miss Robbie said. “We will not stand in the way of their progress, so we are moving in order to make room for the V.A. expansion.”

The Sweetie Pie’s owner also offered thanks for the support the restaurant has received from the St. Louis community over the years. “Thank you to our faithful customers who have supported us over the years at our Sweetie Pie’s Upper Crust Location in St. Louis, Missouri,” Miss Robbie said. “It’s been a pleasure serving you.”

The announcement of the closure comes days after Robbie Montgomery’s son, James “Tim” Norman, was found guilty in a high-profile murder-for-hire trial over the 2016 death of Andre Montgomery Jr., who was Norman’s nephew and Montgomery’s grandson, KSDK reported. Both Norman and Montgomery featured in Welcome to Sweetie Pie’s during the show’s run.