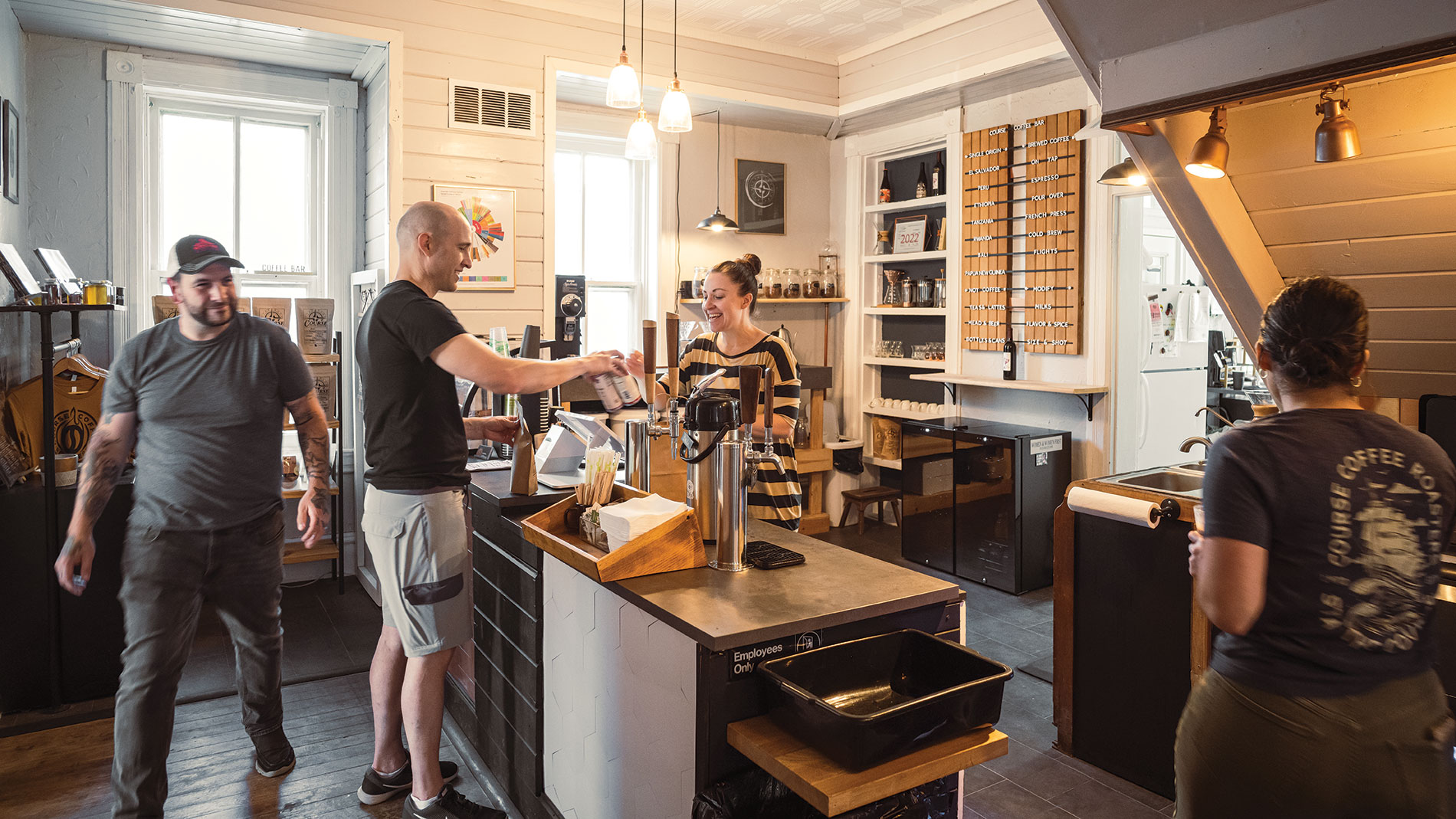 One of Runk’s customers introduced him to Wenwood winemaker and owner Tom Kalb. Kalb wanted to create a special release for his winery’s 20th anniversary. After sampling three different coffees, a single-origin coffee sourced from Dukunde Kawa, a woman-owned cooperative farm in Rwanda, was selected to pair with a dry red Primitivo. According to Kalb, freshly ground coffee is introduced to the wine for about 10 seconds via a process akin to a tea bag. The infused wine is then blended with other wines made from the same grape, resulting in a subtle coffee aroma.

Vine and Bean is available at Wenwood Farm Winery and Course Coffee. You can also taste the Rwandan coffee on its own at Course Coffee, which offers coffee flights at the bar.

La Finca Coffee
La Finca Coffee is a Colombian-style coffee shop in Eureka, Missouri. Co-owners John and Alejandra Hagedorn opened La Finca four years ago after visiting a coffee shop-art gallery in Alejandra’s hometown in Colombia. Local artwork covered the rustic stone walls of the cafe where neighbors gathered to visit over cups of coffee. The inspired couple knew they had to introduce the St. Louis region to its first Colombian coffee shop.

At La Finca, art by Alejandra and her father, Enrique Reyes, hangs on the walls while Latin music plays in the background. John roasts coffee on site, selecting beans primarily from Central and South America as well as Ethiopia, Kenya and Congo. Some of the specialty drinks on the bar include tinto (Colombian-style coffee made with sugar) and cafe de olla (Mexican-style coffee with sugar and cinnamon). The couple will open their second location at 4440 Manchester Ave. in the Grove in September. It will be similarly styled as the Eureka shop, but will offer an expanded food service, introducing tortas and arepas (corn-based Colombian flat breads) to the menu.

Reconstruction Coffee opened in 2020 and operates out of a former church built in 1871, according to manager Emily Kappesser. While there’s no cafe on site, tours of the roastery are available and include tastings. Reconstruction’s beans are available for retail purchase online as well as at The Annex in Webster Groves, Garden District STL on South Grand Boulevard and Micro Meadows in Wildwood; their coffee is brewed behind the bar at Honeymoon Chocolates in Clayton.

Decaf drinkers will want to sample Seek’s sugarcane-processed decaf Colombian coffee with hints of caramel, nougat, hazelnut, dried cherry and apple. Fermented sugarcane molasses produces ethyl acetate, which is used to decaffeinate green coffee beans prior to roasting. The process uses less water than other decaffeination techniques and is a good fit for places like Colombia, where sugarcane and coffee are already being grown in large quantities, explained co-owner and roaster Craig Borcherding (who is also Aichholz’s brother-in-law).

On weekends, Seek offers free samples of featured coffees, much like a winery’s tasting room, in order to help customers identify the perfect coffee for their palates, Borcherding said. Borcherding, who worked two years at 2nd Shift Brewing before learning the art of coffee roasting, also leads cupping classes. 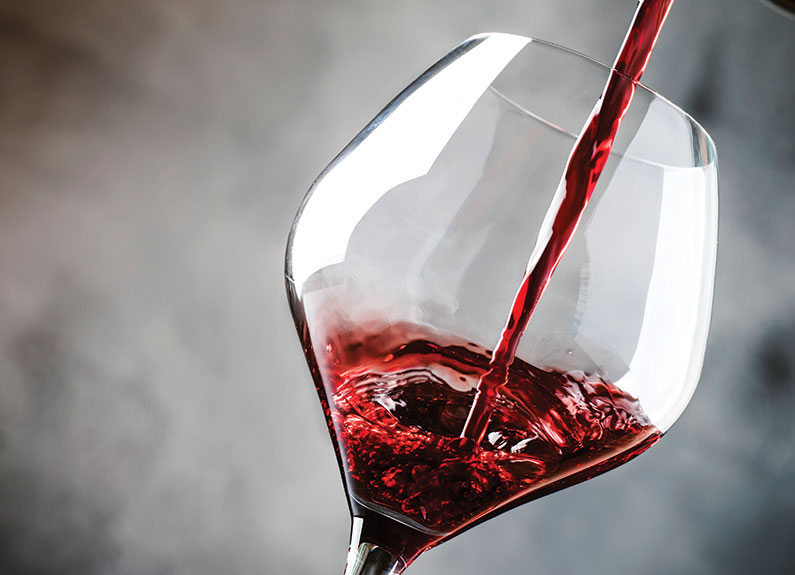