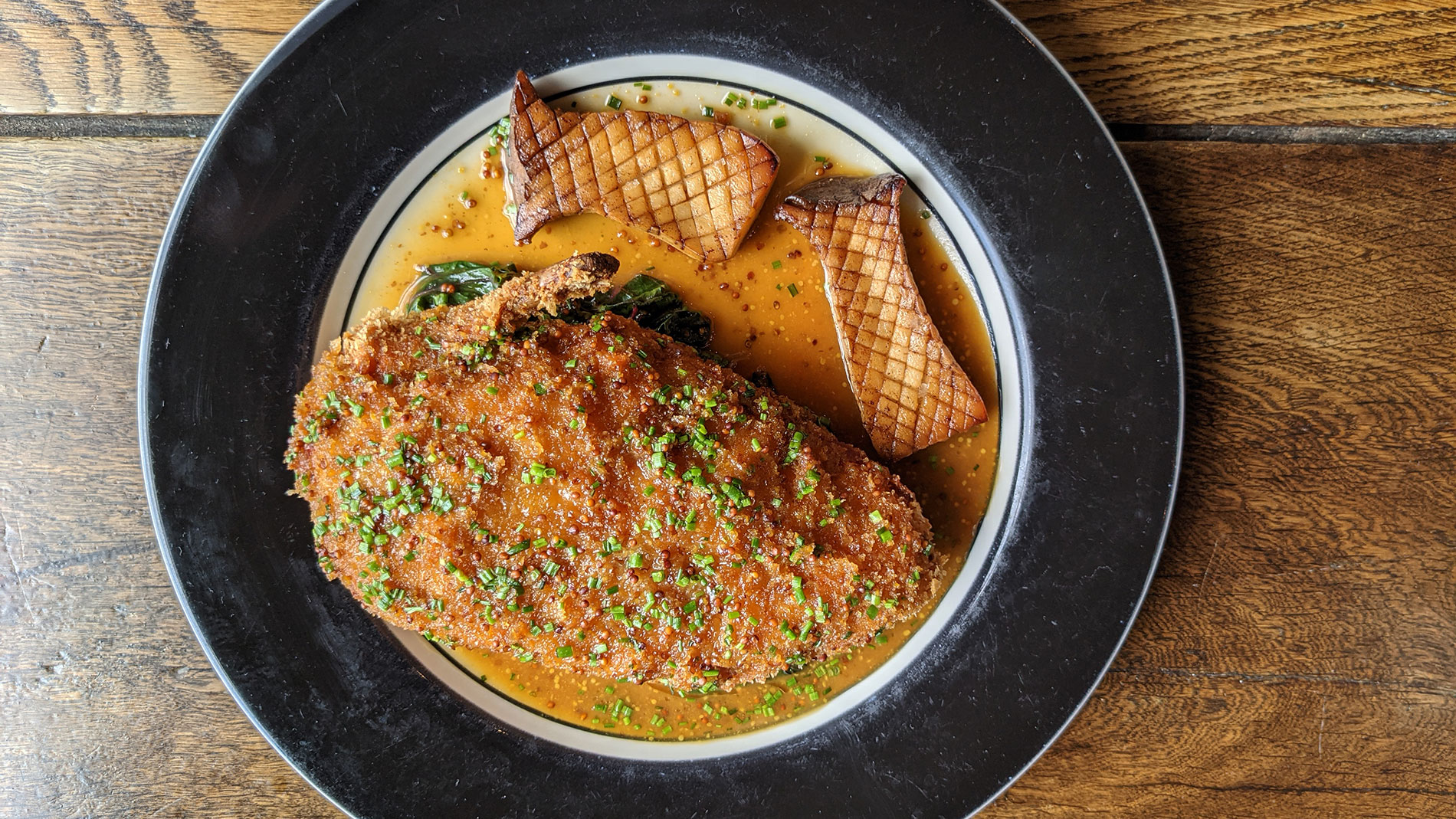 Bistro La Floraison will open on Wednesday, July 13, in the former Bar Les Freres space at 7637 Wydown Blvd. in Clayton. The restaurant is the latest project from Take Root Hospitality, which also operates Vicia, Winslow’s Table and Taqueria Morita.

When Take Root announced it was taking over the Bar Les Freres space in March, partners Michael and Tara Gallina and Aaron Martinez said the new project would be imbued with its own distinct identity, while retaining a number of features and customer favorites from Zoe Robinson’s bistro. Bistro La Floraison lives up to that promise, with Michael Gallina and Aaron Martinez revealing their own takes on items like gougeres, oysters and French 75s on the cocktail list.

Former Bar Les Freres regulars will recognize a cozy familiarity at Bistro La Floraison that goes beyond the menu. The cabinets, tables and chairs are all carried over from Bar Les Freres, a smart choice that ensures the new restaurant leaves an immediate impression. The same can be said for the attractive dishware, which complements the aesthetic quality of the food itself.

However, Take Root, with the help of Space Architecture + Design, has certainly infused the space with its own personality. Tara Gallina said the process was one of “softening” the space to create a more romantic and modern ambiance. The newly painted sage walls brighten the space, while a pink banquette that extends along one wall injects a flash of fun.

The artwork also reflects a shift in mood and style. Gone are the brooding portraits that used to hang at Bar Les Freres. In their place, at least for the short term, are several pieces by artist Andy Millner, whose work is also featured at Vicia. “He’s a St. Louis artist, but he also has a beautiful piece in my favorite restaurant in New York, Gramercy Tavern,” said Tara Gallina. “He reached out to me about maybe wanting to gallery some pieces here, and I thought that was the best idea because I had no idea what I was going to do [for artwork] … They may not be here forever, but they’re here for now and they help us set the tone in a beautiful way.”

From the lighter snacks to the generously portioned entrees, a meal at Bistro La Floraison offers endless opportunity for sharing dishes. “You can definitely have a different experience each time,” Tara Gallina said. “We hope people come and get a couple of snacks, maybe an appetizer. The entrees are going to be a hearty portion, so you could split one. Or if you want to come in and just get an entrée, you can do that, of course. It’s a neighborhood spot, so we know people are going to come here for different reasons. It could be a big night out, it could be just dinner, so we tried to make sure we have enough things that fit all those categories.”

Head chef Patrick Fallwell brings the experience he gained not only at Vicia, but also developing the menu at San Francisco natural wine bar and restaurant Verjus, where he served as executive sous chef. Fallwell said Bistro La Floraison represented an opportunity to explore the type of cuisine he’s passionate about, and that bouncing ideas back and forth with Michael Gallina and Aaron Martinez during menu development had been a fruitful process. “I think they’re having fun with it,” he said. “When we talk about it, everyone kind of lights up.”

Among the entrees, the fried chicken cordon bleu will be a surefire hit. One cut open, the chicken reveals oozing, melted gruyere and smoked bacon, and the dish is finished with Swiss chard, mushrooms and sauce moutarde d’Orleans. “It’s a really heavy mustard sauce, really bright and acidic to cut through the richness of the chicken,” Tara Gallina said. Fallwell said that other entrees are similarly generous and comfortably shareable, such as the short rib au poivre with potato pave, arugula and salted peppercorn cognac jus.

On the dessert menu, we’re looking forward to trying the Basque cheesecake with brown sugar macerated stonefruit, and there will also be a selection of cheeses available as you wind down your meal.

If you’re having a drink with your meal, the cocktail menu will be plentiful, and sommelier Patricia Wamhoff and Take Root beverage director Kara Flaherty have put together a wine list numbering close to one hundred options, from Champagne and whites to rosé and reds. Most of the list is French or inspired by French varietals, and the vast majority of wines are available by the glass, thanks to the restaurant’s Coravin system. “It’s awesome, because you can try really anything except Champagne and sparkling wine,” said Tara Gallina.

Wamhoff will be on the floor to assist diners with wine recommendations. “The wine list is really a great representative of what France does,” she said. “Each of the wines that are on the list will work perfectly with any number of dishes.” Wamhoff said that her picks inevitably vary from guest to guest depending on any number of variables and preferences, but what would she reach for when dining at Bistro La Floraison? “Champagne, Champagne, Champagne,” Wamhoff said with a smile.

Bistro La Floraison will be open from 4 to 10 p.m. Wednesday and Thursday, 4 to 11 p.m. Friday and Saturday, and 4 to 10 p.m. on Sunday. Reservations are available on Tock. 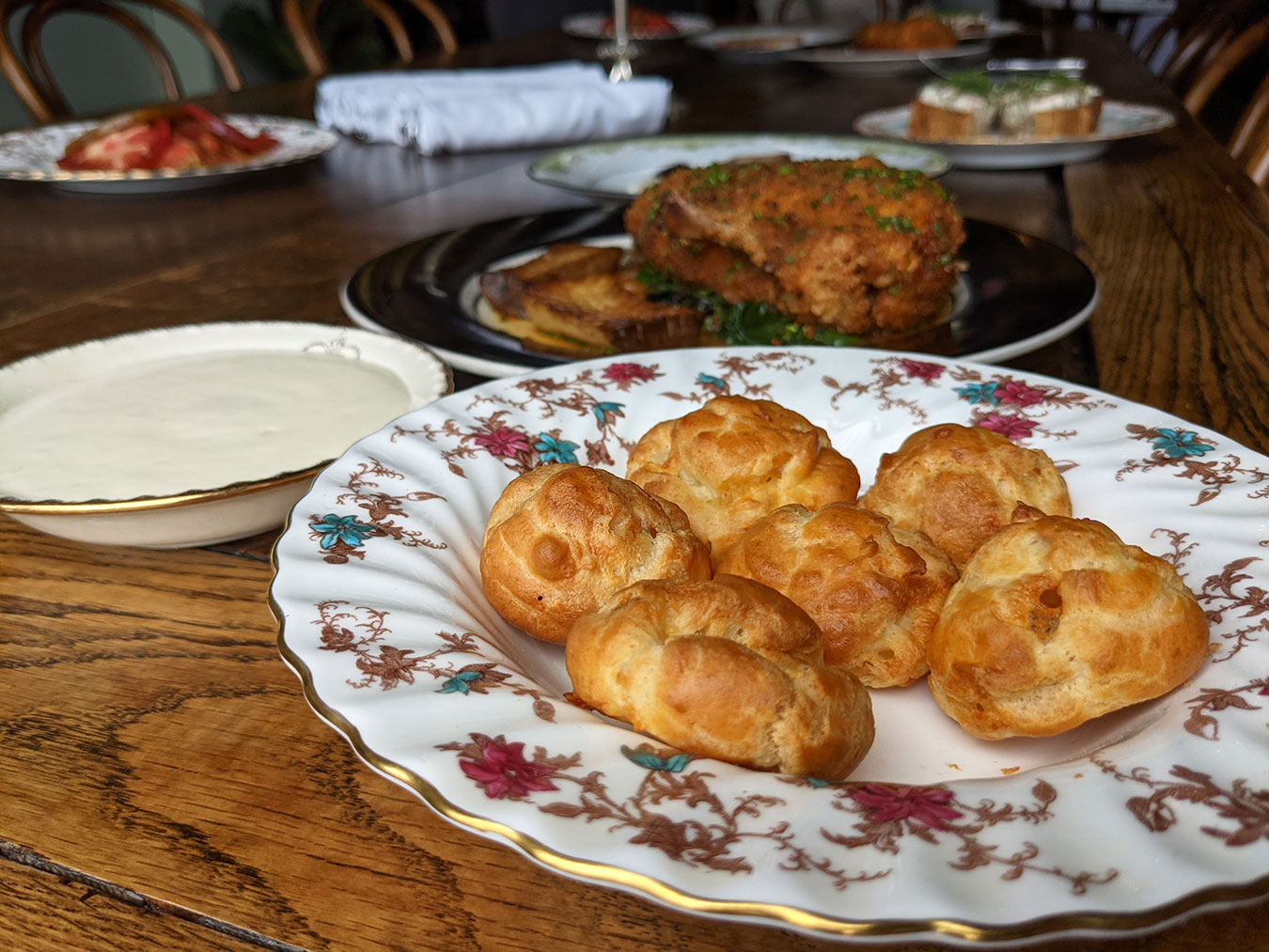 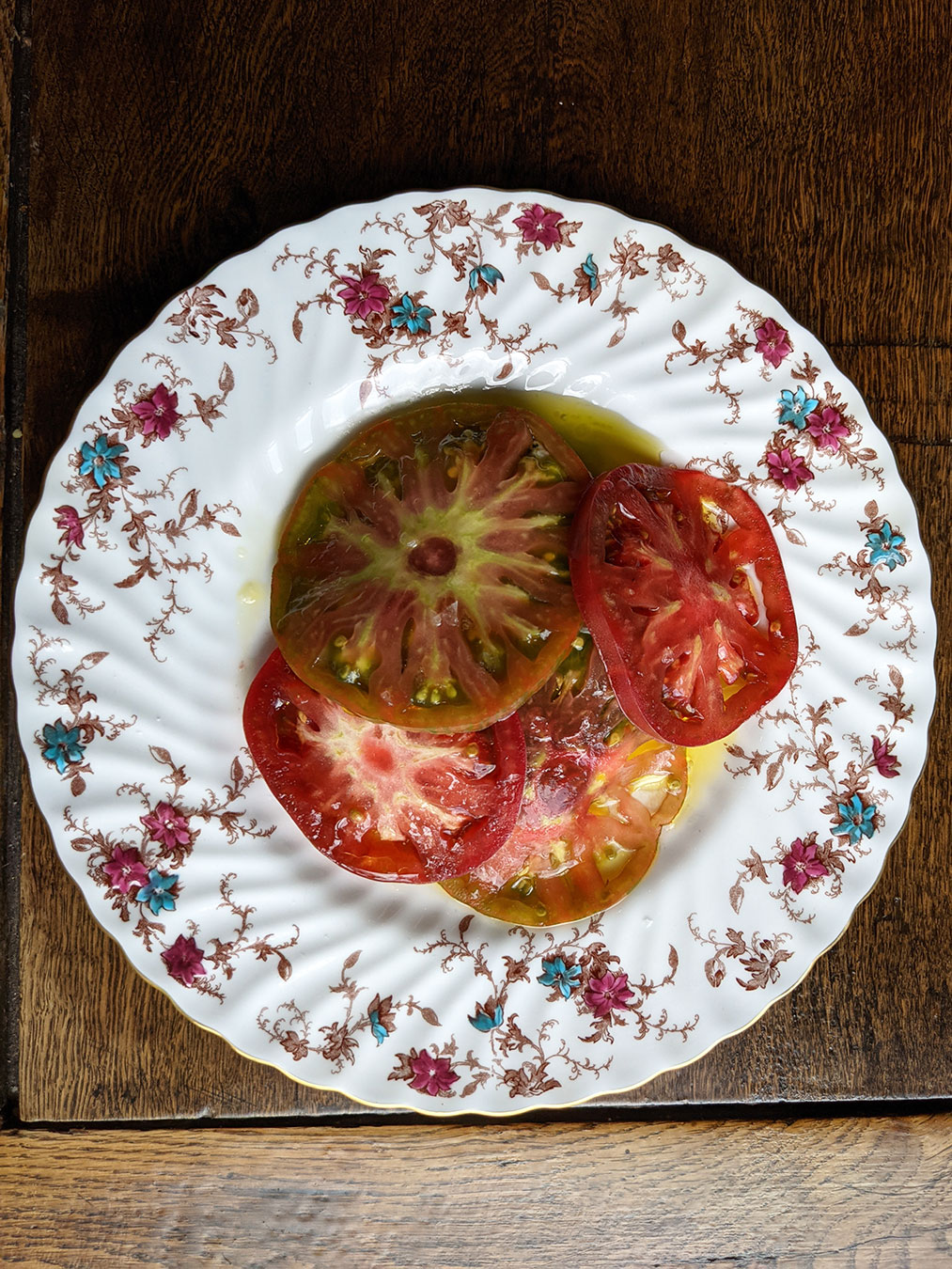 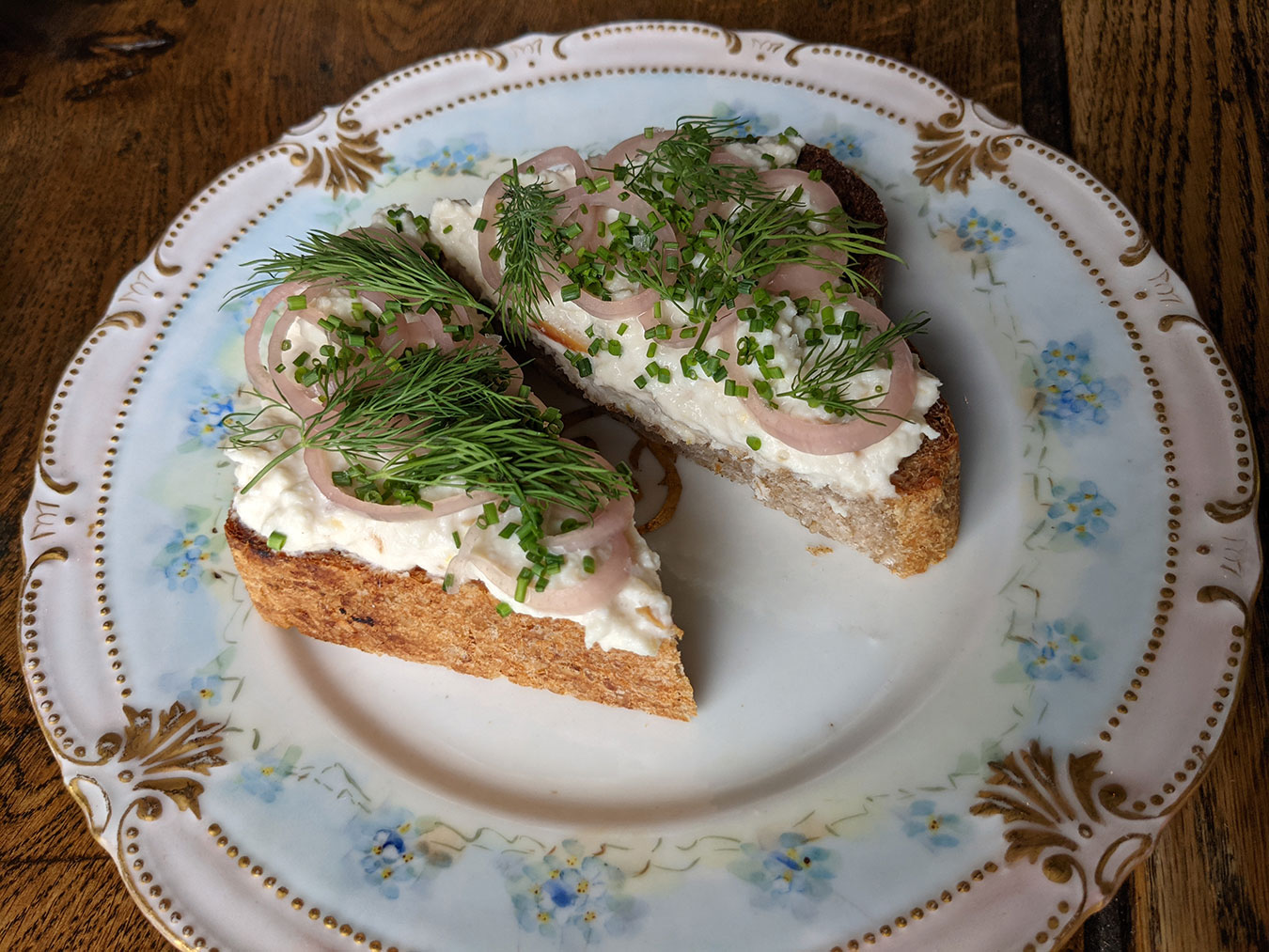 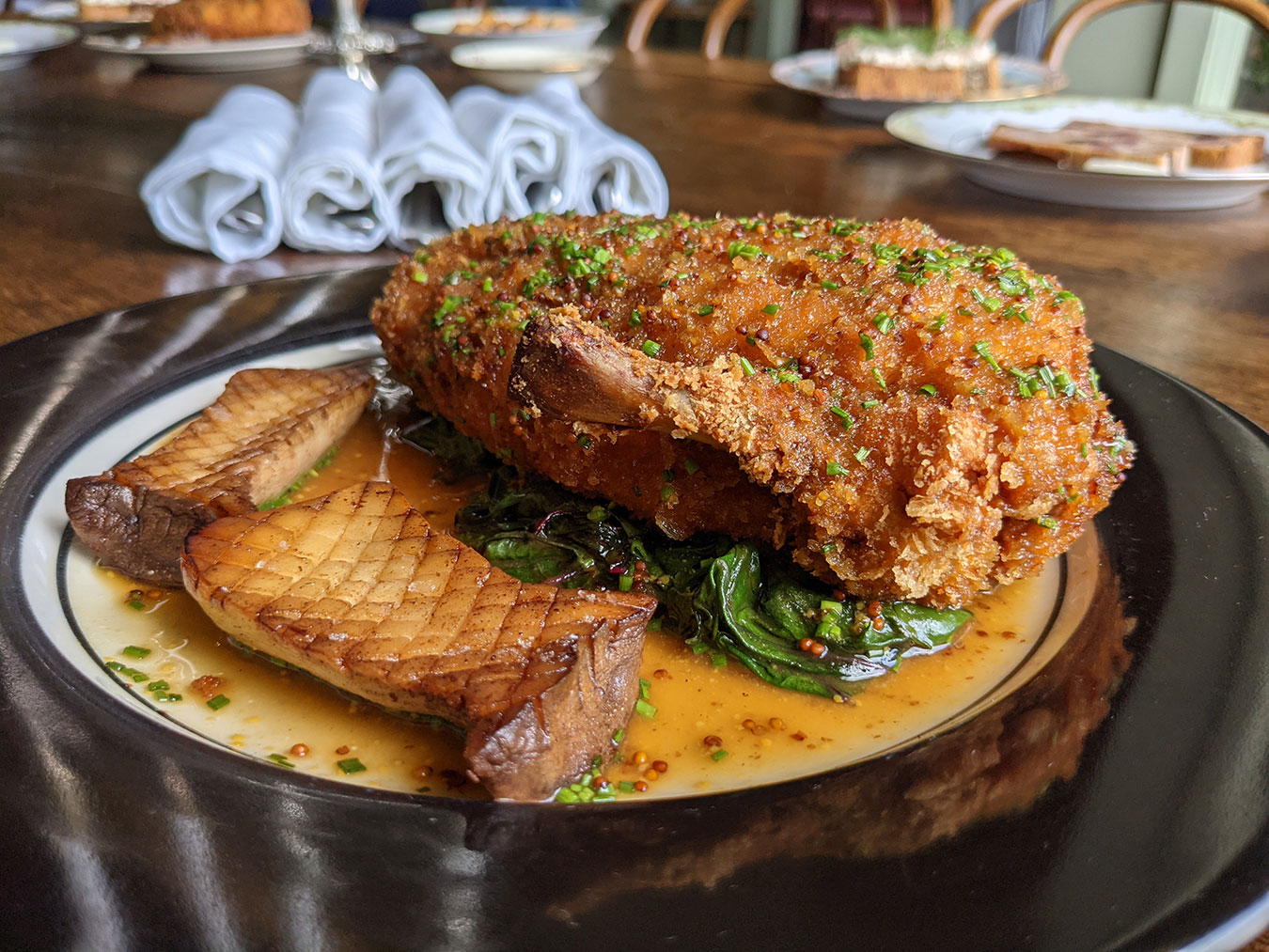 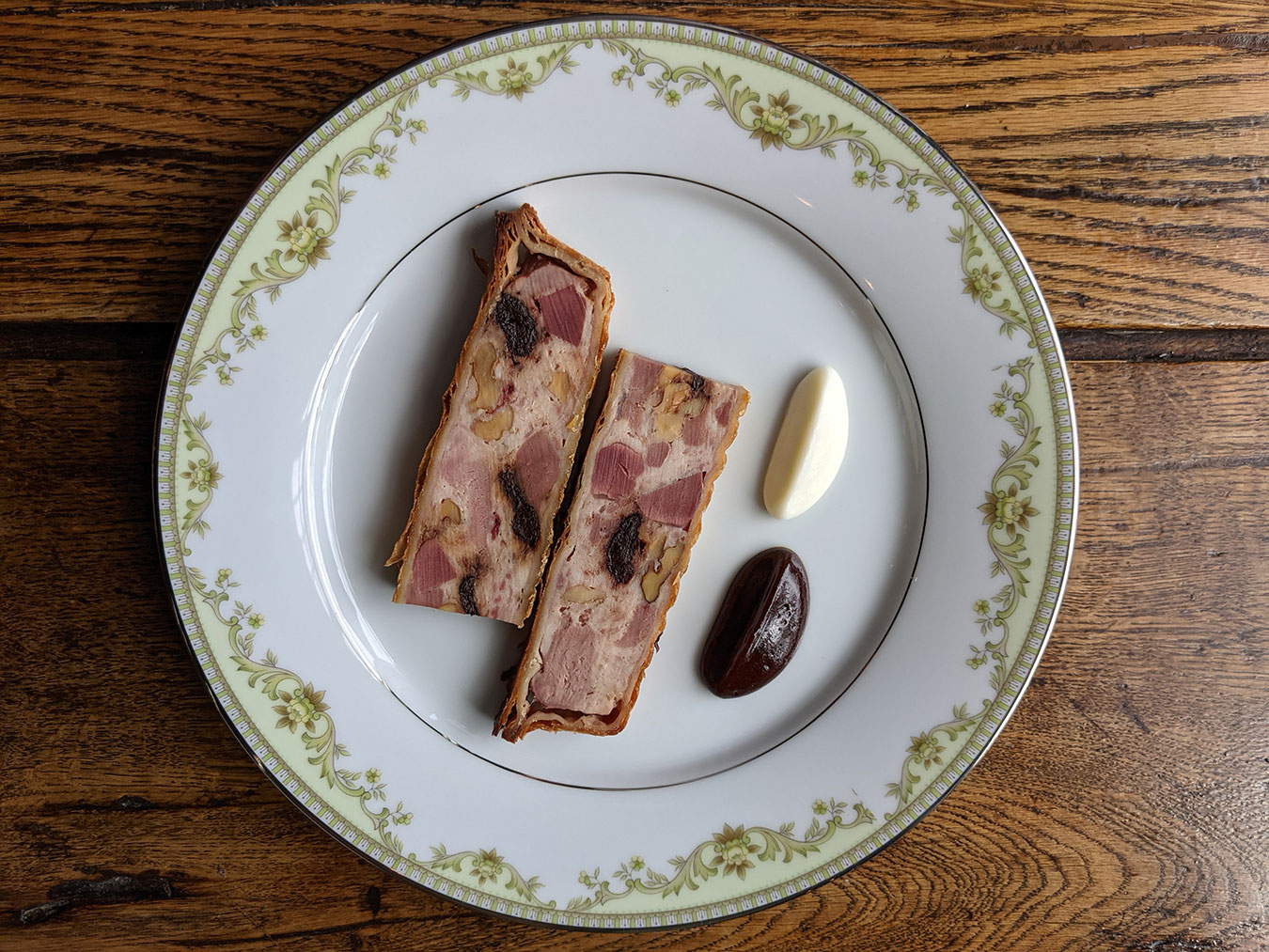 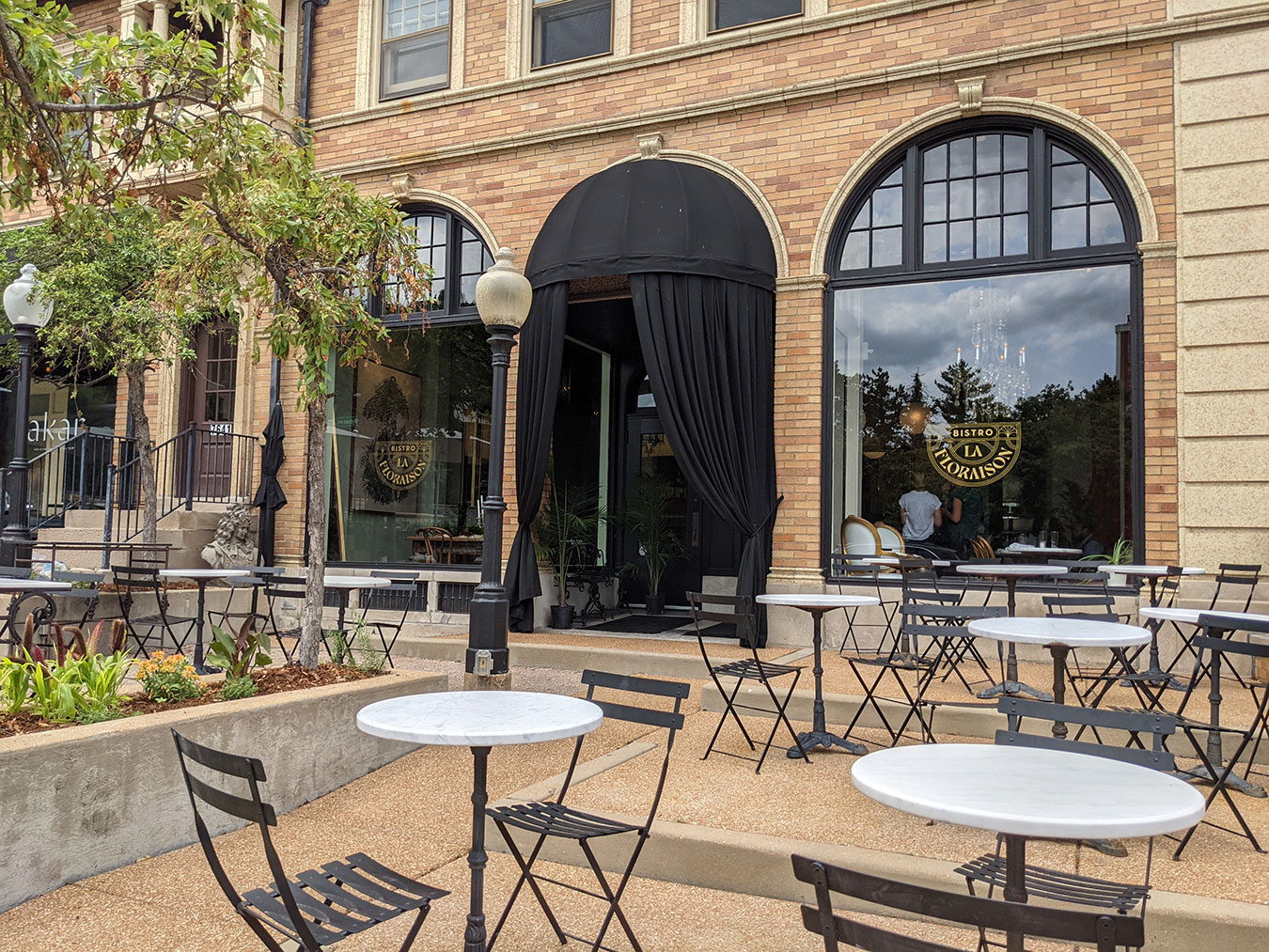 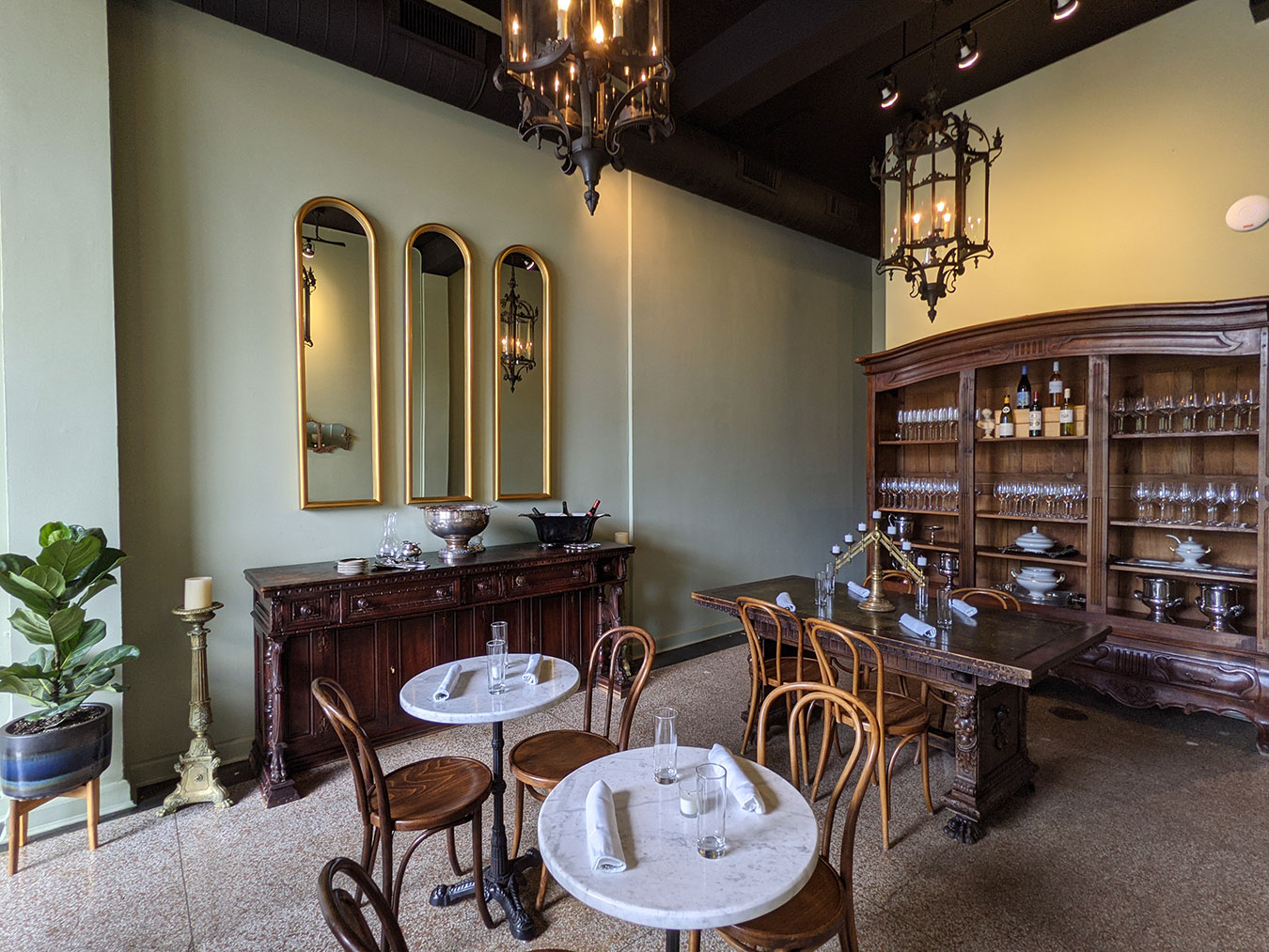 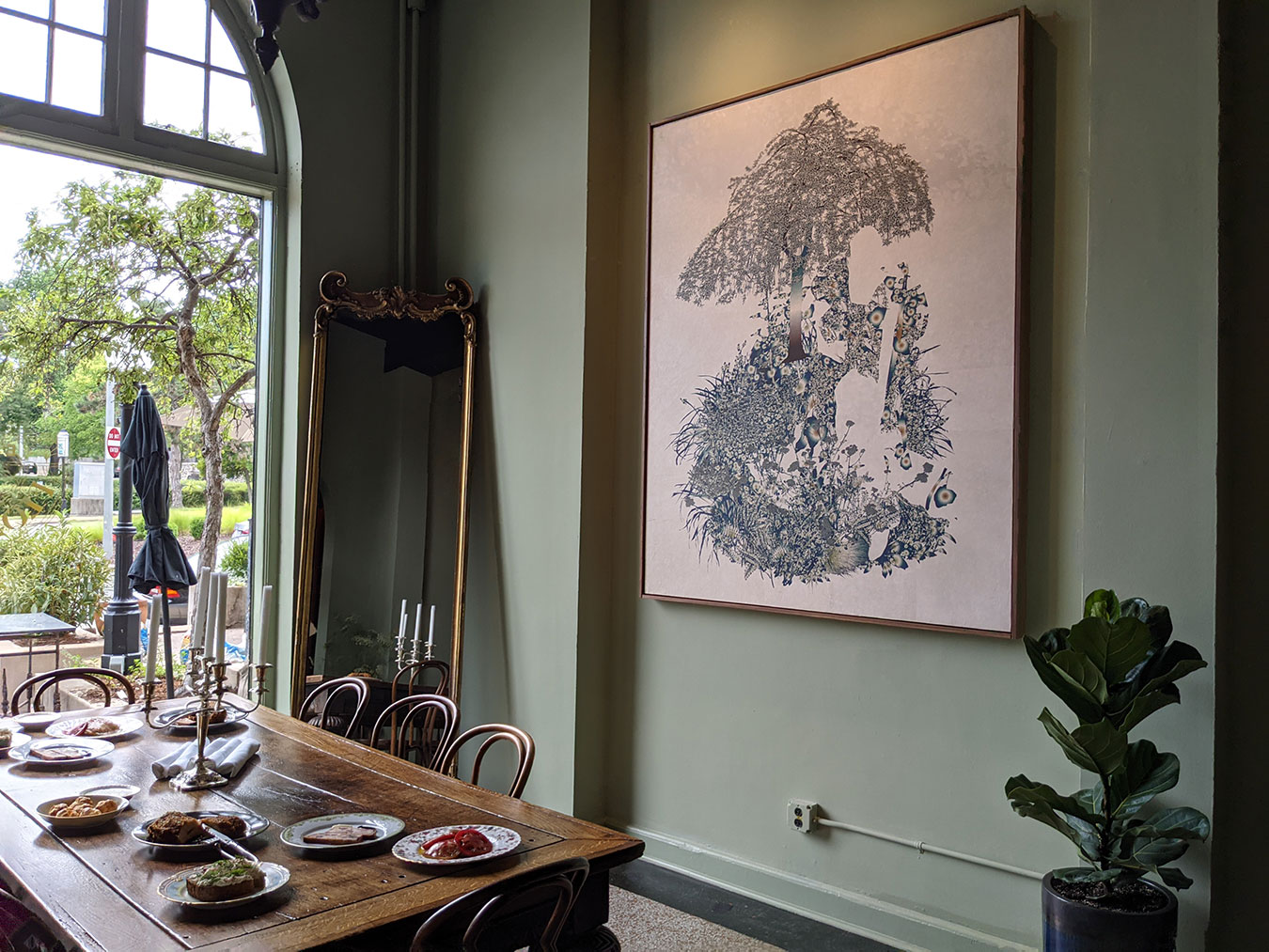 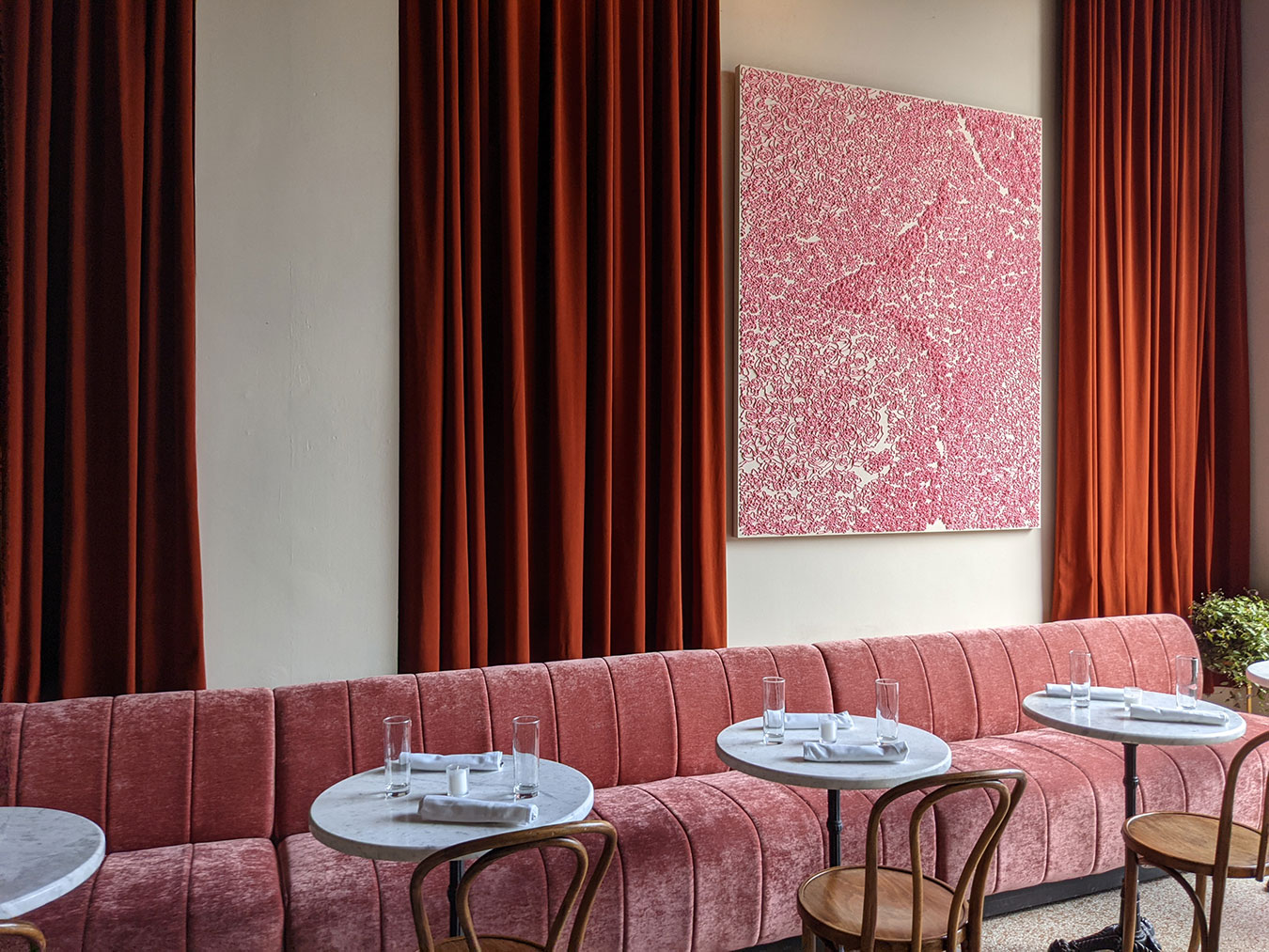 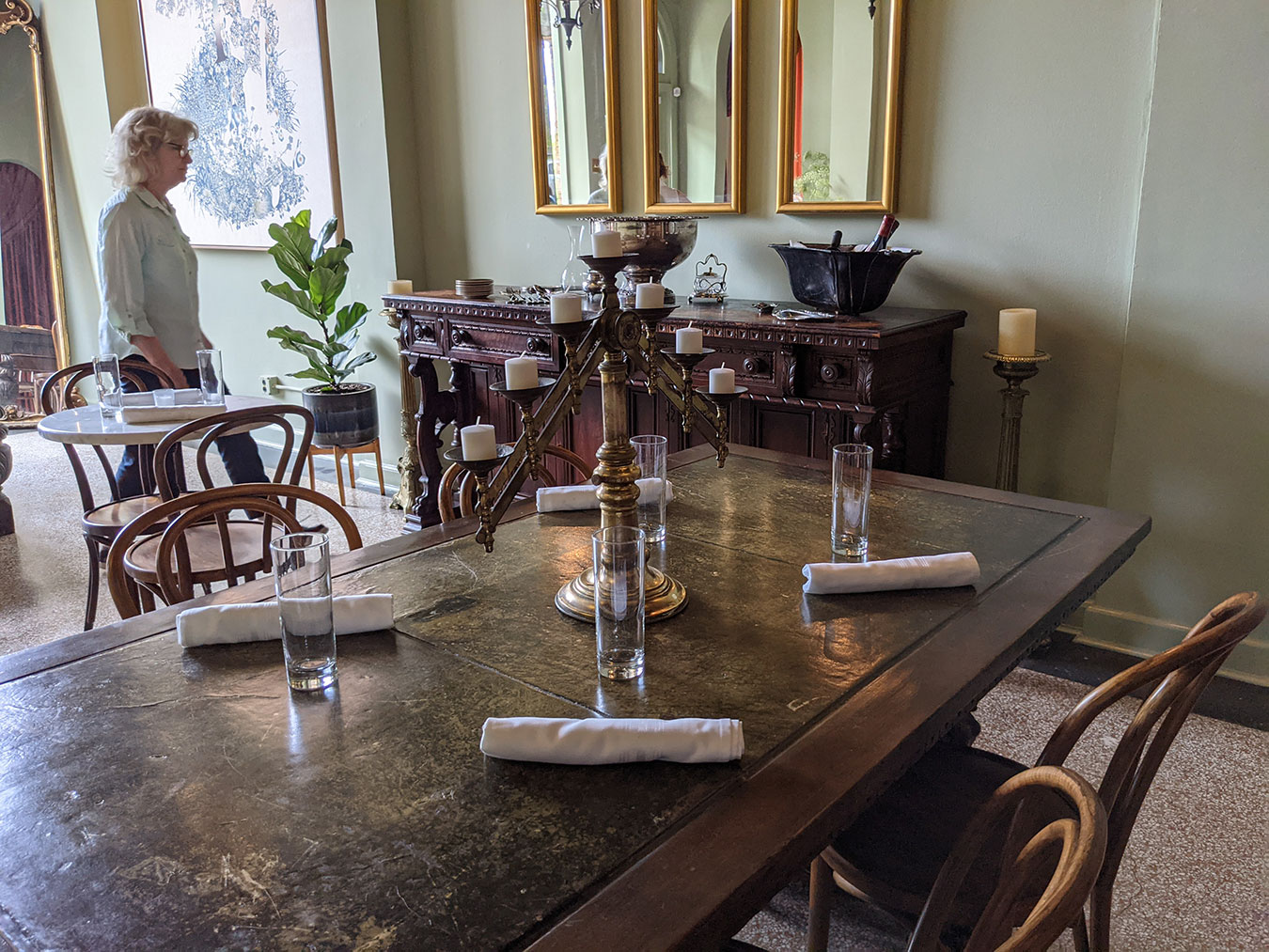 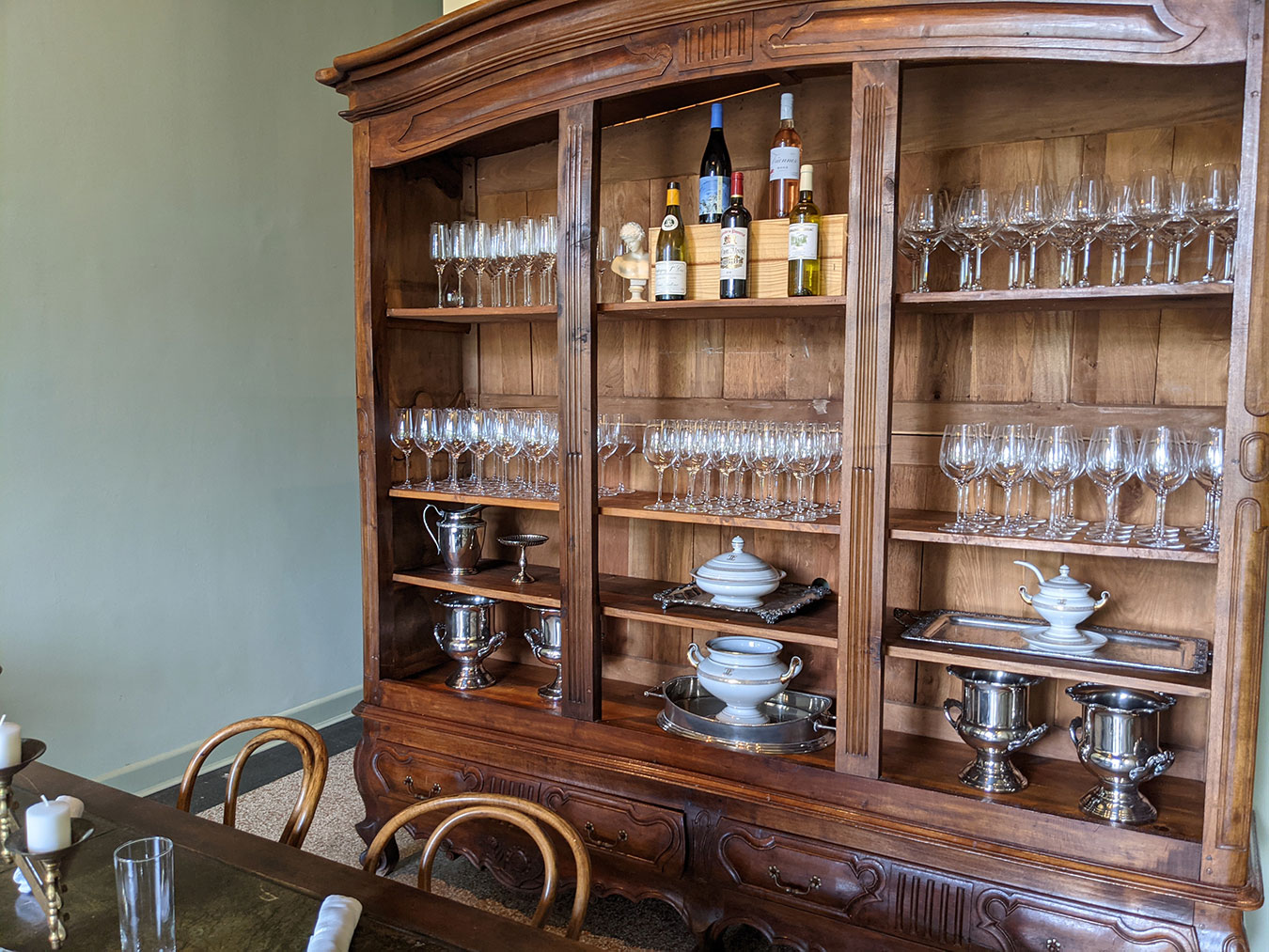