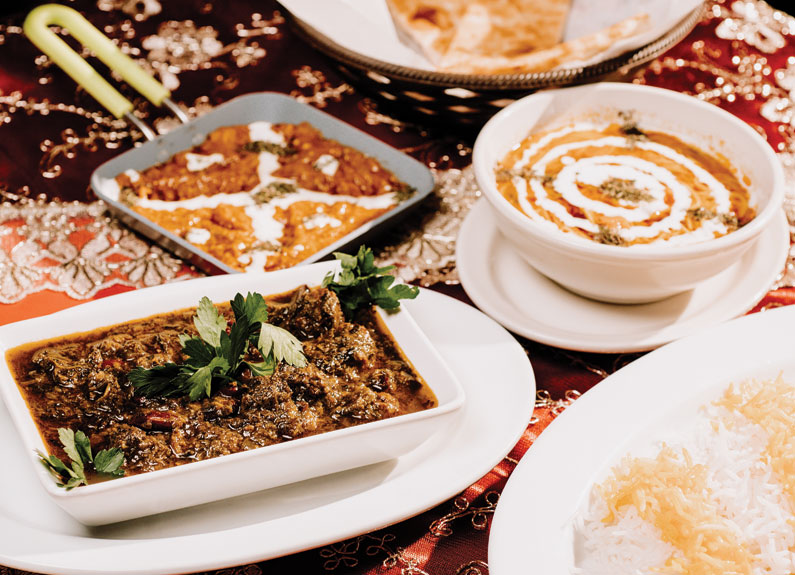 The South Grand Dine Around will return for the first time since 2019 from 5 to 10 p.m. on Thursday, June 16. The event will feature samples from popular restaurants and bars in South Grand’s international neighborhood, including Taste of Persia, Terror Tacos, Padrinos Mexican Restaurant.

Rachel Witt, executive director of the South Grand Community Improvement District, said that researching the vendors and menus beforehand and planning out a dining strategy is essential to enjoying the dine around. “There are 16 locations, and you get five tickets, so think about what you want to use your tickets on out of all the small plates, drinks and desserts,” Witt said. “It’s all about how you want to work it out with the group that you’re in so you get to try more than just five things.”

The full list of participating businesses, as well as their menus, is available online.

This year marks the first time that every restaurant will feature at least one vegan-friendly dish or drink, even including vendors such as Steve’s Hot Dogs and Navin’s BBQ. “We’ve received a lot of feedback in the past asking for more vegan items, and I wanted to make sure that we’re listening to our customers and improving the menu every year,” Witt said.

Witt explained that there are many unique offerings to be excited about during this year’s event, especially a sneak peek of Snō, a restaurant by chef Tony Nguyen that will open on South Grand later this summer. Snō will feature imported smoked mushroom cigar with avocado crema and activated ash as its vegan dish.

“I’m excited to see what chef Tony has for us – everything that he’s learned from his travels and experience and what he’ll bring back to St. Louis,” Witt said. “He’s lived in New York, L.A. and New Orleans, but grew up here in the Shaw neighborhood.”

In addition, Witt also advises guests to tip their servers and to be wary that not every restaurant will be open for the entirety of the event.

The South Grand Dine Around has been part of the St. Louis community for over a decade, and 2022 marks the 12th running of the event. Tickets can be purchased for $30 online or $35 at the event and include five passes per person. Tickets can be picked up or purchased at Ritz Park, 3147 S. Grand Blvd., from 4 to 8 p.m.