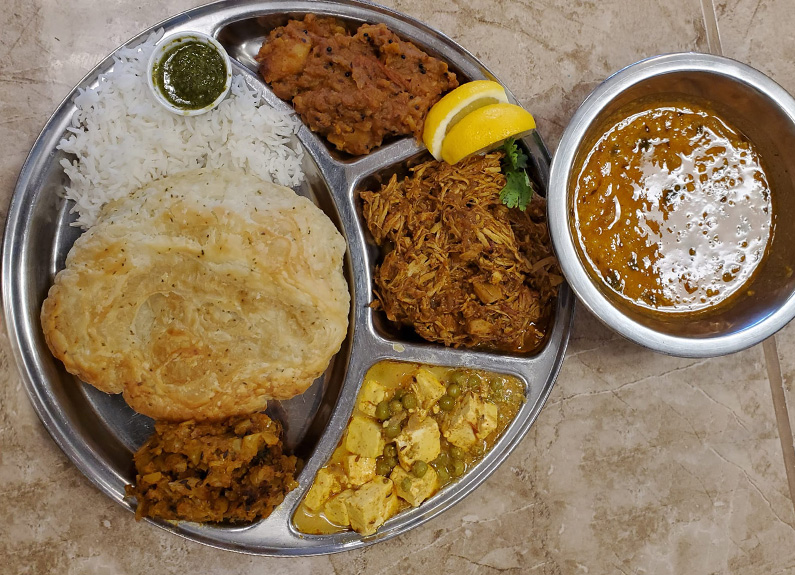 Maaji’s Street Kitchen in St. Ann is launching a food truck this summer

Maaji’s Street Kitchen is planning to launch a food truck this summer. The carryout storefront at 3324 N. Lindbergh Blvd. in St. Ann launched last fall and will serve as a commissary for the food truck, which will operate at various to-be-determined corporate locations.

Hailing from Northern India, owner Heena Chopra grew up cooking under the guidance of her mother, for whom the business is named. Armed with an assortment of her mother’s recipes and over 18 years of experience in the St. Louis food scene, Chopra opened Maaji’s Street Kitchen in October 2021 after overcoming pandemic-related delays. The restaurant places a particular emphasis on food inclusivity, offering vegan and gluten-free options, as well as including fresh and organic ingredients.

“Growing up, it was my job to make sure I helped in the kitchen – even if I wanted to go outside,” Chopra said. “I always wanted to go outside and [my mother] was like, ‘Do these lentil leaves,’ or, ‘Knead the dough.’ I’m really happy that I [did] because when I am in my own kitchen now, I am able to recall, ‘This is how to make it.’”

The menu at Maaji’s Street Kitchen serves many recognizable dishes featuring masala – a spice mixture often used in Indian cuisine. There’s the dal masala with lentils, aloo masala made with potatoes and peppers, gobhi masala made with cauliflower and the chole masala made with chickpeas. Additionally, there are a variety of meat dishes, including chicken curry. Matar paneer, a curry dish featuring cheese and peas, is also available.

Furthermore, Chopra has plenty of desserts to complement the flavors and spices used in the other dishes. The gulab jamun consists of fried dough balls soaked in rosewater; kaju katli, a geometrically shaped cashew bar; and rasgulla, cheese dumplings which are poached in sugar syrup.

“A lot of thought has gone into the menu,” Chopra said. “Most of the dishes are vegan [and] gluten-free, [but] there’s something for meat lovers [and] cheese lovers.”

Currently, Chopra is heading the operation at the brick-and-mortar storefront while finalizing developments for the food truck. “I bought a truck [and] the seats are set up, it’s just a matter of getting things together,” Chopra said. “I’m aiming [to open] for the summer, but, in the meanwhile, come visit our location and enjoy the flavorful dishes.”

The storefront is open primarily for pick-up orders, but there are seats and benches located just outside the door for those who would like to sit and eat on-site. There’s also some standing room at a counter inside. Chopra said there could potentially be indoor seating in the future.

Hours of operation for the storefront are 11 a.m. to 6:30 p.m. Monday through Friday. Once the food truck launches, it will be open from 11 a.m. to 2:30 p.m. Monday through Friday at a different location for each day of the week, which is expected to be consistent week to week. Information about the food truck’s location will be posted on social media.

“When you come over [to Maaji’s], you are treated as if you are part of our family,” Chopra said. “I’m excited for people to enjoy the food that I make. I love seeing people come back.”