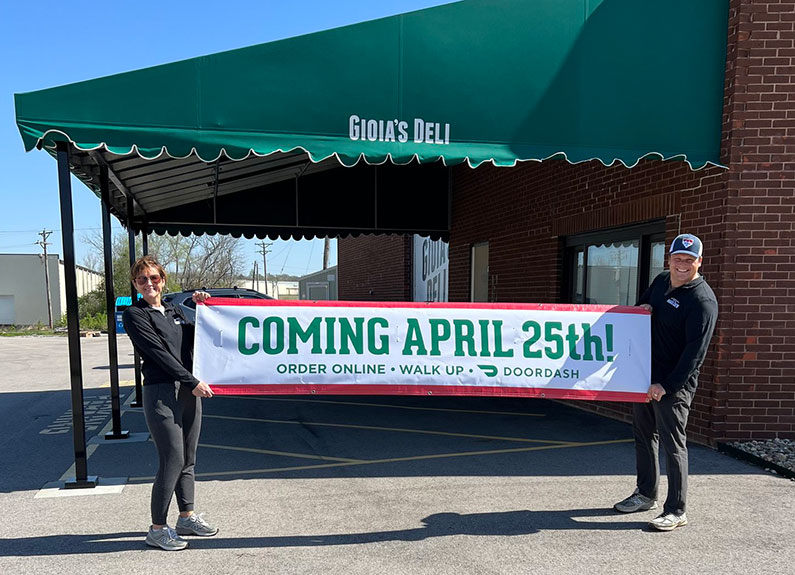 County-dwelling fans of Gioia’s will have another place to snag their beloved hot salami sandwich when Gioia’s Deli opens its new walk-up window at 11855 Adie Road in Maryland Heights on April 25. Owner Alex Donley said they already owned the building. “We call it our hot salami headquarters – it’s already a facility that’s been operating for over a year now,” he said. “We see a lot of opportunity in the area to serve the community; there aren’t as many lunch spots as there are businesses there.”

Unlike the other Gioia’s locations, this one will be to-go only, at least at first. Diners will be able to order online or at a walk-up window and take their food with them; DoorDash will offer delivery. “It’s a new concept for us,” Donley explained, likening it to Starbucks’ new models based around remote ordering. “We’re creating a quick service. We call it a ‘digital kitchen.’” He said they’d like to offer some outdoor seating eventually. The menu will be the same at the other Gioia’s locations, and some retail items will be available as well, such as brats and frozen pizzas. “All the staples,” according to Donley.

Donely noted that Gioia’s has experienced a huge uptick in carryout orders over the last two years. “Our business went from 10% of online orders to 60% online orders. The first thing we did with the Hill location is that we cut a window out of the side and did a pickup window – that’s where the idea came from,” he said.