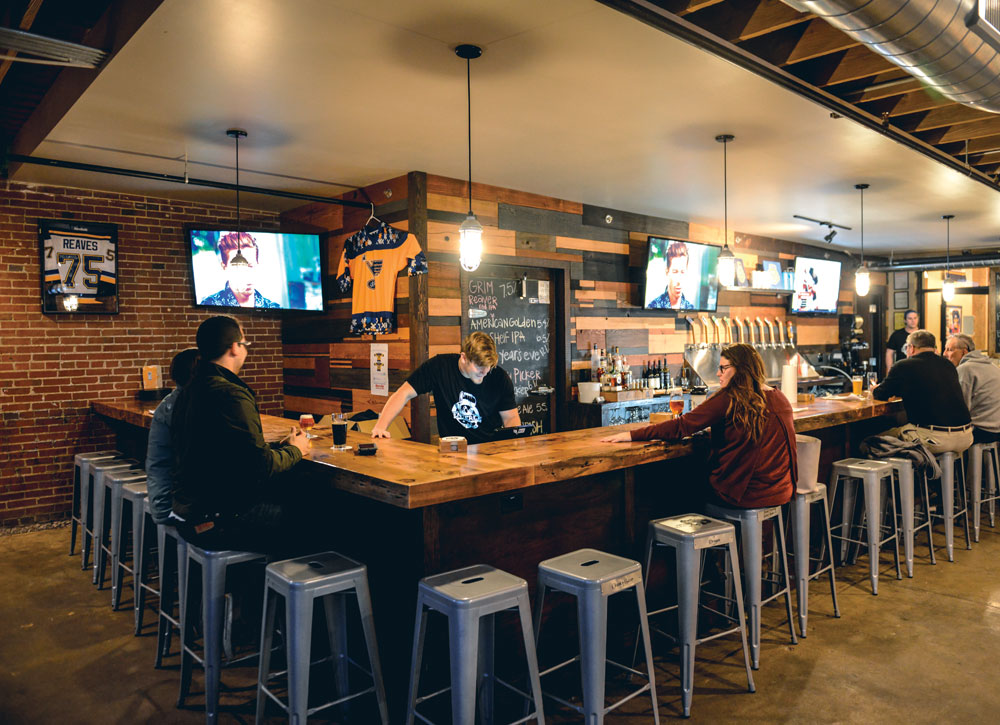 the center ice brewery in midtown photo by dave moore

Center Ice Brewery is closing its Midtown taproom this weekend

Center Ice Brewery, the hockey-themed brewery at 3126 Olive St., is ending its Midtown taproom services in search of a new location. Owner Steve Albers opened Center Ice in 2017. The popular pre- and post-Blues game hangout will officially close to the public after closing on Saturday, Feb. 12.


The 5,000-square-foot brewery, decked out in Blues memorabilia and some vintage pieces from the old St. Louis Arena, was a hub for watch parties and celebrations throughout the 2019 championship season. No new location or timeline for reopening has been announced yet, but restaurant leadership is keeping an eye out for a new spot to put down some roots.


In the meantime, Center Ice Brewery will shift focus to its distribution services. The brewery has partnered with PowerPlay Beverage, a Missouri-based wholesaler and distributor focused on boutique and specialized products. Distribution has thus far been limited to the greater St. Louis area, as well as Springfield, Columbia, and Cape Girardeau, but the brewery hopes to use the time transitioning between locations to expand distribution across the state.


Center Ice Brewery’s shuttle services to and from the Blues game will begin at 5:30 p.m. Saturday. The taproom will remain open for about an hour after the game ends before closing its doors for the last time.