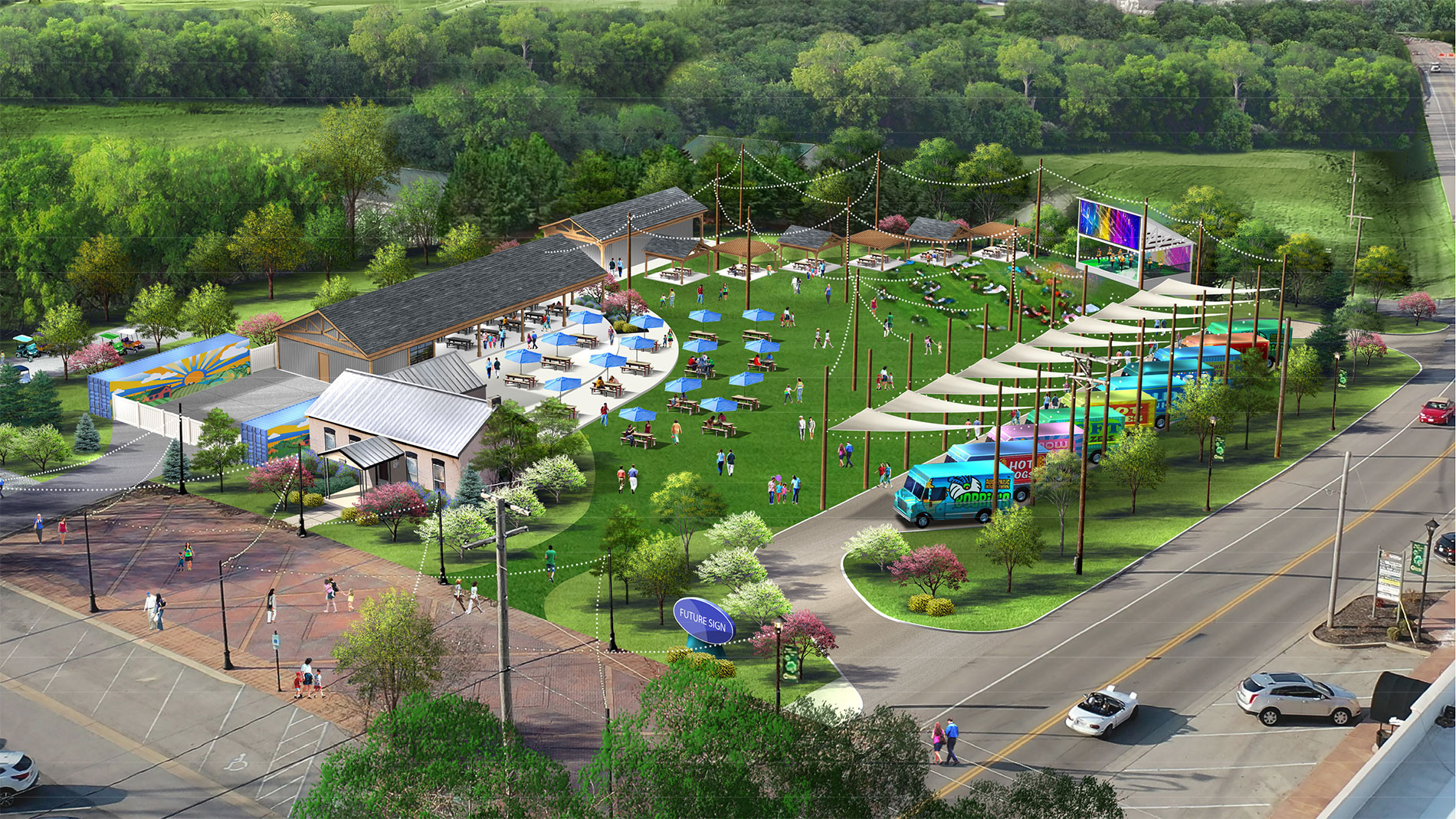 Frankie Martin’s Garden, from the team behind 9 Mile Garden, is opening in Cottleville this spring

In a few months, the greater St. Louis area will see the opening of a new food truck garden in Frankie Martin’s Garden, which is set to go live at 5372 St. Charles St. in Cottleville this spring. The 2.74-acre site (a full acre larger than its sister concept 9 Mile Garden) will be a home not only to food trucks, but live music, pickleball, a large LED wall, spaces for beer, whiskey and wine, and more. “It was always the intention to be able to do more of these as the opportunities came our way,” explained managing partner Brian Hardesty. “After the success of the first year, we were really open to the idea of doing more of these.” He added that when a space became available in Cottleville, it seemed like the perfect place for their next project.

Frankie Martin’s will feature a lot of what fans have come to expect from visiting 9 Mile Garden, but will have some new amenities as well, like a whiskey and wine bar set to house over 200 whiskeys, according to Hardesty, as well as a significant selection of wines by the glass and sold as bottles. “We’ll have fire pits and half a dozen pickleball courts, so we can have tournaments,” he said. “A lot of people drive golf carts in Cottleville, so we went ahead and built a golf cart parking lot to accommodate the community. It’s like 9 Mile Garden 2.0.” He also said they plan on doing special events “as often as possible,” including trivia nights, charity benefits and more.

As for the food trucks, which for many are a main attraction, Hardesty said there’s plenty to look forward to, including a new food truck from David Sandusky, the mastermind behind Beast Craft BBQ Co. “There are a lot of food trucks that are out in the area that might not want to drive to Affton or St. Louis,” Hardesty said. “I know Angie Burger was excited to come onto the project, so they’ll be here every day. Around half the trucks will be dedicated to just visiting Cottleville.” Some of the other food trucks slated to be in attendance include: Doggie Mac’s, Lion’s Choice, Scoops & More, Supersmokers BBQ, Truck Norris and Zia’s.

The garden is named after local celebrity Frankie Martin, who, prior to his passing in 2020, was well known in Cottleville for “driving his John Deere tractor around town” and volunteering at local fish fries. “He became a characteristic of the community. They even named a day after him: June 2,” Hardesty explained. The garden is built on his property.