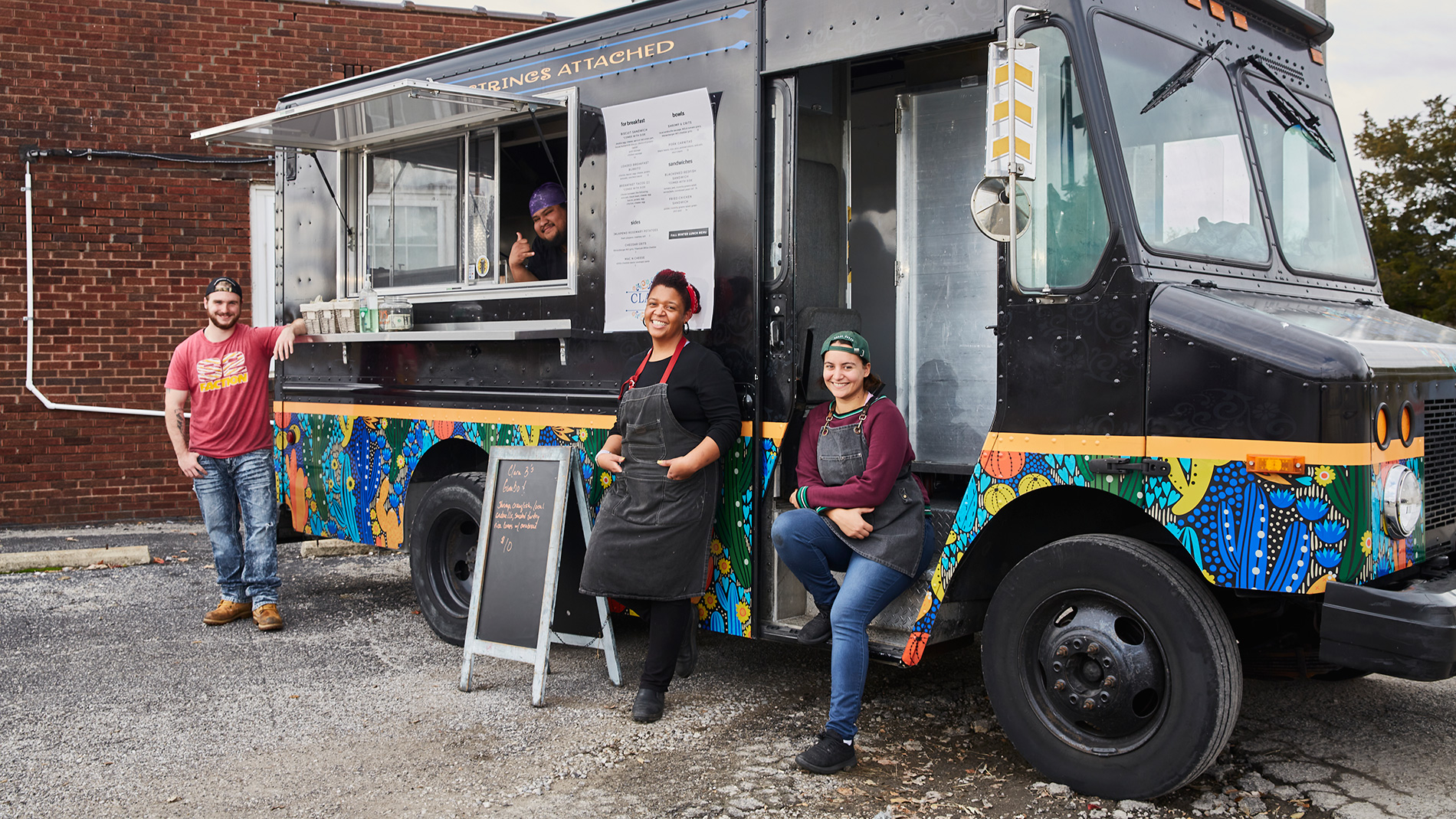 Clara B’s Kitchen Table is putting down some roots. The popular St. Louis food truck, owned and operated by head chef Jodie Ferguson, has officially landed on the space at 106 E. Main St. in downtown Belleville as its new home. It will be open for takeout and delivery starting in February, and indoor dining will launch this summer. She plans to maintain current food truck and catering operations.

As a Belleville resident, Ferguson saw an opportunity to introduce the self-described “refined comfort food focused on brunch with Southern influences” to her local community. She plans for the core menu to include five to seven of the food truck’s specialties, including their famed biscuit sandwich, shrimp and grits, and breakfast taco. The remainder of the menu will rotate seasonally, incorporating in-season fruits and veggies from local farms and small businesses.

Other welcome additions to the menu include Southern-style desserts like pies, cobblers and quick breads and a lineup of from-scratch brunch cocktails, likely bourbon- and gin-based. Ferguson has also toyed with the idea of incorporating a monthly Sunday supper series into the restaurant’s operations.

“We can get pretty fancy when we want to,” she commented slyly, but as is Ferguson’s specialty, her inventive and complex dishes never forget their humble Southern roots. A native of a small town just outside of Austin, Texas, Ferguson reflected that downtown Belleville and Clara B’s Kitchen Table’s new spot on Main Street are both reminiscent of her hometown.

“It’s very similar to where I grew up. The restaurant will be sandwiched between a candy shop and a craft store and surrounded by old, colonial-style buildings,” she noted.

Clara B’s Kitchen Table’s interior will also pay homage to Ferguson’s small-town upbringing. Design plans combine homey woods and natural materials with pops of color. The 1,000-square-foot space can seat about 30 guests at a time, so restaurant-goers can expect a cozy dining experience. Tableware and décor will serve as charming blasts from the past, with thoughtful touches like milk glass, dried flowers and even cherished books from Ferguson’s culinary journey.

“The restaurant will have the comfort of a grandma’s house with a little bit of a hipster flare,” she quipped.

Considering Ferguson’s own grandma, Clara Bloodworth, is the inspiration and namesake behind Clara B’s Kitchen Table, something about the “hipster-grandma” aesthetic just feels right.

The Belleville location will be open from 8 a.m. to 3 p.m. Thursday to Sunday.

The Wine & Cheese Place​ is adding to its four existing retail locations with an entirely ...

The beloved Vietnamese restaurant in Tower Grove South is closing on Monday, June 13 after over ...