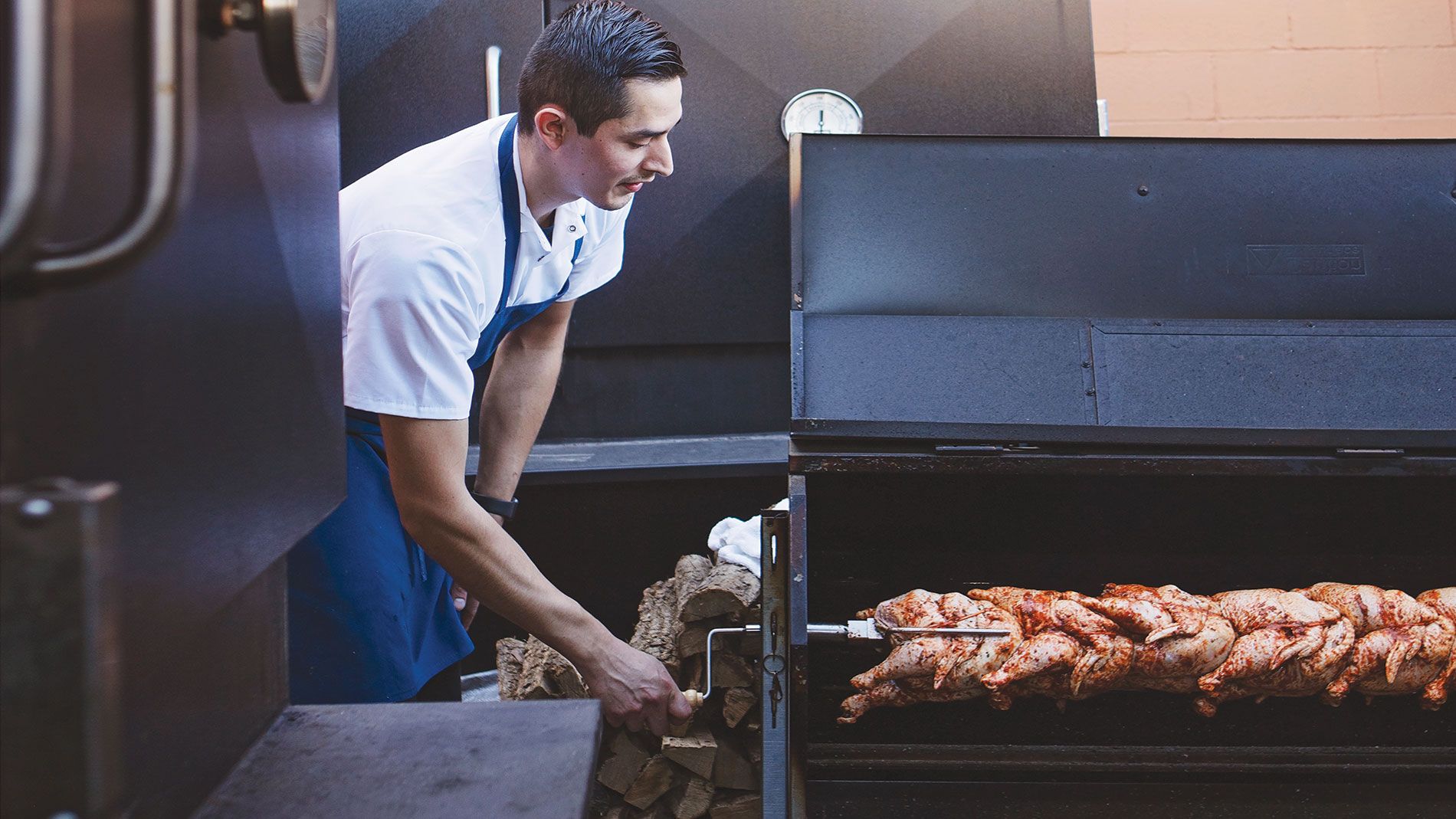 Last we heard from Andrew Cisneros, he was well on his way to starting Brasas with Ben Poremba at AO&Co. But with the company making their trailer operating months behind schedule, Cisneros found himself with some free time on his hands. “My parents always wanted to open a Peruvian restaurant,” he explained. “After Covid, it seemed possible.” With St. Charles’ The Red Sun (323 N. Main St.) closing recently, the space became available, so Cisneros partnered with his sister, Mimi, and they leased it about a month ago. “The idea of owning a restaurant was with our family for years, so all of us are super excited,” he said.

At their new restaurant, Jalea, which should open in December, the Cisneros siblings will focus on dishes they know and love while also pushing the boundaries a little bit. “I’m going to focus on classical Peruvian food and comfort food, but I’m going to have a little fun in the kitchen,” Andrew explained, adding that there would be some European influence to some of his Peruvian dishes.

As for drinks, there will be wine, beer and cocktails like the pisco sour and a chilcano, which comprises pisco, ginger ale and bitters.

For the next month, the siblings will focus on transforming the former Japanese restaurant into something more suitable for their own concept, including a TV that shows soccer games. “We watch soccer religiously,” Andrew said, laughing. The 1,400-square-foot space will seat just under 50.

Andrew and Mimi look forward to the challenge of bringing a new kind of cuisine to St. Charles. “I hope that people will come here and have an open mind,” Mimi said. “St. Charles seemed like a really awesome community for this.”