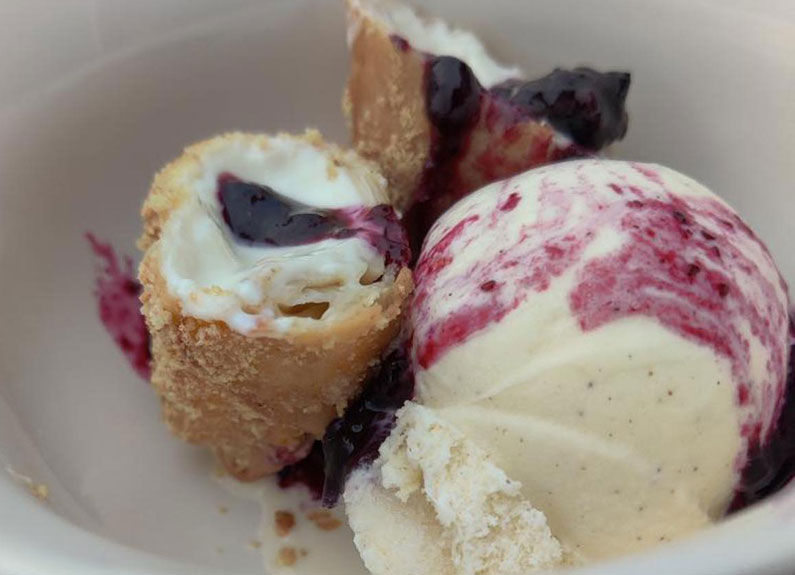 All Rolled Up rolls up to Urban Eats

Late this summer, All Rolled Up debuted in Urban Eats’ marketplace in Dutchtown. Helmed by co-owners Bryan White and Terry Coleman, the restaurant aims to mix the egg roll with ... well, everything.

“We want to bring something unique,” White said. “Something new, something we haven’t seen on this scale.”

According to White, the restaurant’s egg roll-centric concept was inspired by a Chinese takeout dinner; however, circumstances created by the pandemic also played a major role in the creation of All Rolled Up. When Coleman lost his factory job in May and White’s job as a visual designer and choreographer for marching bands was impacted because of Covid, the two decided that now was no better time to work on making their idea a reality. But why egg rolls?

“We decided on a sandwich shop, but we needed a hook in this oversaturated industry,” White said.

All Rolled Up features plenty of egg roll varieties that are sure to entice even the most devout of egg roll puritans. White’s favorite is the Southwest (currently on their specials menu), filled with seasoned chicken, black beans, corn, organic jalapenos and pepper jack cheese. Another favorite is the soon-to-be-added Bacon Mac ‘N Cheese roll, reminiscent of a fried macaroni and cheese ball.

The organic jalapenos in the Southwest egg roll come from White’s garden, which supplies the restaurant with various ingredients, from jalapenos to tomatoes for their organic soup. “[All Rolled Up] is a great way for me to blend [gardening and cooking,] two of the things I love,” White said.

Egg rolls aren’t just for dinner, though. The menu features dessert rolls as well, including a Gooey Chocolate Chip Cookie roll, said to have the texture of a “chocolate chip cookie, right out of the oven.”

All Rolled Up is open from 10 a.m. to 5 p.m., Thursday through Saturday, and Urban Eats’ marketplace is located at 3301 Meramec Street. Both indoor and outdoor seating is available while the weather is warm.