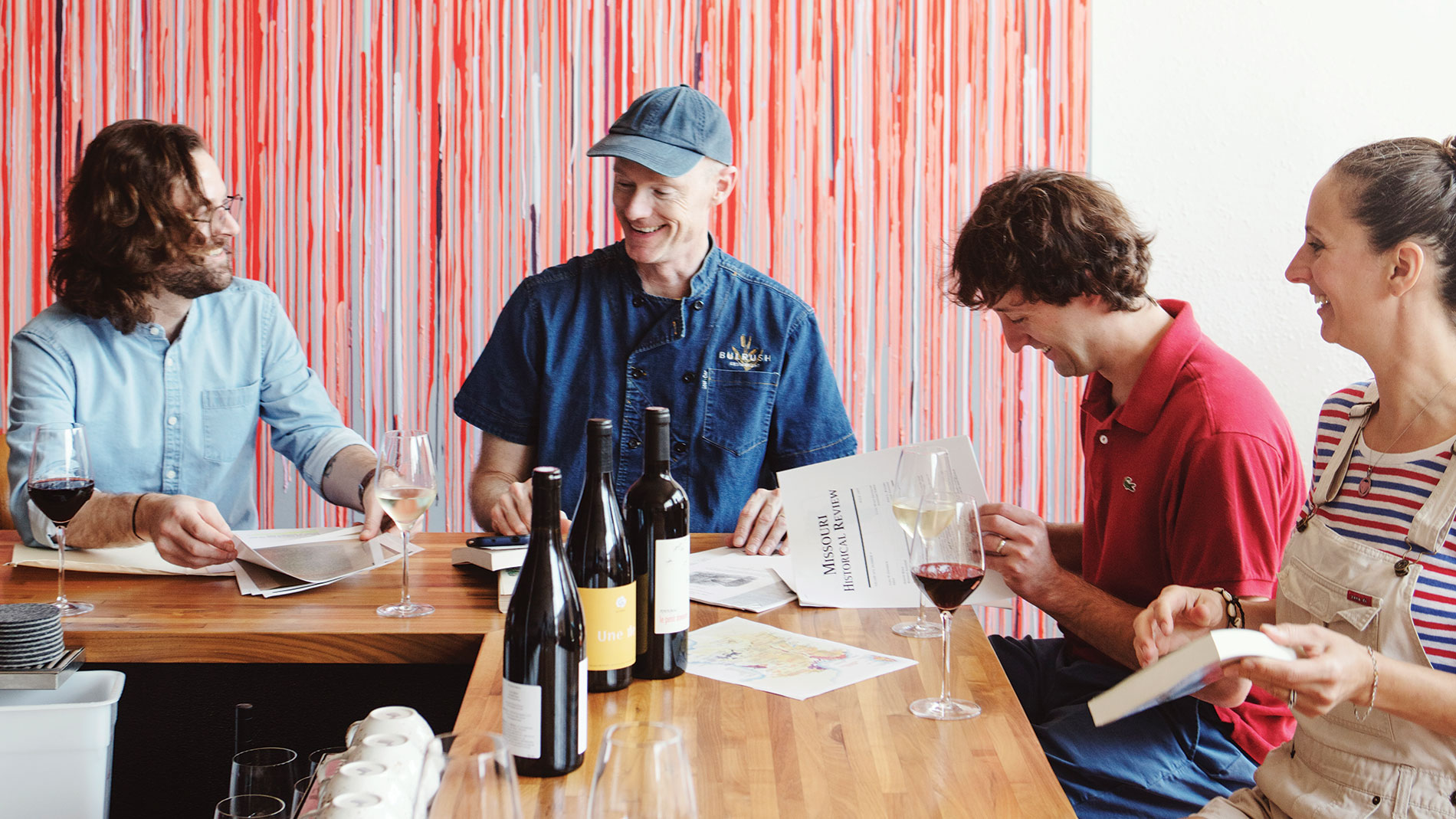 Once upon a time (the 1860s), in a wine-loving land far, far away (southern France), a mysterious disease started killing grapevines. In less than 30 years, the disease decimated nearly half of all of France’s vineyards.

Yet, just when all hope was lost and French vintners and Francophiles alike were steeled for a fate of financial ruin and inferior chardonnays, Missouri vintners came to the rescue. With the help of Missouri rootstock, French grapevines were nursed back from the brink of extinction.

At least this is the hero’s journey we Missourians love to hear.

Would it still be a hero’s journey? Or would it be some twisted fable-meets-cautionary tale?

Would it still be a story Missourians could be proud of?

To answer these questions, let’s start from the beginning.

If you’ve heard the “Missouri saves the French wine industry” story before, you know that it usually begins in the south of France around 1863. It was then that a few vintners noticed something strange happening to their vines. One vine would yellow, whither and die, and then soon after, another would seemingly catch the same sickness. Within a few seasons, an entire vineyard would collapse, having quite literally rotted from the inside.

This regional disaster would soon turn national. In 1868, the situation had already become so dire that local growers appealed to Montpellier’s Société Centrale d’Agriculture de l’Hérault (SCAH). The SCAH then enlisted a three-man team of less sexy Avengers: the president of the SCAH, a well-respected local grocer, and botanist Jules Émile Planchon. Their task was to figure out what was happening before whatever-it-was spread to the rest of France and continental Europe.

At first, the commission inspected obviously diseased vines, but apart from their physical rot, nothing seemed apparent as to what was causing it. But then the team dug up a seemingly healthy vine from within a diseased vineyard, and what they saw was nearly Hitchcockian: thousands of yellowish, lice-like insects “tight on the wood, sucking the sap,” according to Planchon.

Lice were everywhere, and they were sucking the life out of the vines!

God save the vines
Charles Valentine Riley, Missouri’s state entomologist (an expert on insects), came across Planchon’s disturbing notes; something about it sounded eerily familiar. He had observed a very similar sounding aphid, named phylloxera, on Missouri vines. But on Missouri vines, the phylloxera only ate the plant’s leaves rather than its roots, making it a nuisance but not an executioner.

In 1870, Riley wrote to Planchon and together, they furthered their research on the insect in order to perform the critical task of saving Europe’s vines. In 1871, Riley took the first of several trips to France to visit Planchon, who in turn came to meet his colleague in Missouri in 1873. Through their studies, they concluded the rootstock of many Missouri vines, along with some others in America, were in fact resistant to phylloxera.

Where we come in
Word spread about Planchon and Riley’s findings, and by 1872, Missouri vintners were pitching in big time. Combined, winemakers from Hermann, Neosho and St. Louis sent around 500,000 vine cuttings to France.

You might be thinking, wait, so French wine is just overpriced Missouri wine?

The Missouri vintners sent the phylloxera-resistant rootstock, which was then grafted to French vine cuttings. Missouri roots; French grapes.

And after many failed attempts and trial and error, it worked. Hurrah! A happy ending.

Because you’re a budding epidemiologist – or have just lived through the past 18 months during a global pandemic – you might be wondering: How exactly did phylloxera make its way to France in the first place?

This question leads to the part of the story that is told less often.

In the mid-1800s, with the invention of steam power, people could make it across the Atlantic much faster than before. With easier travel, American and Europeans vintners began to trade vines as they experimented with creating new grapes.

And what was on some of those American vine cuttings sent to France via steamship? A very tiny stowaway named phylloxera that, due to the new speed of travel, didn’t have time to die like it would have in the past.

Where we come in (again)
In the past, we have used the term “American vine cuttings” for the plants that were guilty of bringing phylloxera to France. We also know that many Missouri vintners graciously gifted phylloxera-resistant rootstock to save the French vines in the 1870s. But just this past year, a new discovery was published.

Through genome sequencing, French and U.S. scientists have been able to compare the genetics of European phylloxera insects with those found in wild grape vines along the upper Mississippi and throughout the upper Midwest region of the U.S.

And who was making wine and trading vines with the French in the mid-1800s? That’s right: Missouri, which as a former French colony had retained close commercial connections with France. Now, the part of the story where Charles Valentine Riley, the Missouri entomologist, was able to identify phylloxera so precisely makes a lot more sense.

The French wine industry was divided into two camps: one that advanced strategies like insecticide treatments and flooding the vineyards with water (and, in some cases, even goat and human urine) in an attempt to rid their vineyards of phylloxera, while the second group advocated using the American rootstock.

During this period of debate, Planchon and Riley continued to experiment with grafting to create phylloxera-resistant French vines. The work wasn’t easy; Planchon’s early grafting instructions resulted in the death of 700,000 French vine cuttings grafted to American rootstocks. But after two more decades of work on the technique, the hybrid vines finally started to thrive.

By the 1890s, much of la défense had finally relented and was ready to try grafting – by then, phylloxera had not only decimated more than 40% of French vineyards, it had also spread to much of continental Europe, eventually making its way to South Africa and even Australia. This period of time is now referred to as the Great Wine Blight. By the time the American rootstock-resisters were ready to give it a shot, researchers had perfected the grafting technique so that with the majority of winemakers’ cooperation, French varietals were saved, which is why we are still drinking the likes of great syrahs, Viogniers and chenin blancs today.

The contemporary connection
There is a saying beloved by historians (and usually questionably attributed to Mark Twain) that while history doesn’t repeat itself, it often rhymes. The onset of a mysterious and terrifying ailment, transported from another country, that bears serious social, cultural and economic implications, is plainly resonant with our ongoing experience with Covid and its proliferating variants.

Chef-owner of Bulrush, Rob Connoley, has been researching the alliance between Ozark and French vintners since 2019. His goal is to locate the exact vineyards in France that accepted Missouri rootstock during the Great Wine Blight. He even has his restaurant staff in on the research. The process is arduous; some French don’t want to admit they took Missouri rootstock. Some just don’t have records that old. Also, there’s the pesky problem of age and time: Most Missouri rootstock grafted to French vines has long been ripped out. Connoley’s investigation has resulted in a few finds though, and Bulrush’s wine list features several wines from the vineyards he has identified with help from John-Paul and Julie Fortney of F&R Imports, a local French wine import company. Other wines on his list are chosen from European producers still utilizing the grafting method to make their wines.

According to Connoley, his obsession started because it was a fun research project and he needed a good concept for his wine list; but the project has since taken on a larger significance. For him, it’s about how different countries are connected to each other, and how we are all connected to each other. Even though America was, in fact, the source of the very problem it helped solve, it doesn’t have to be this bitter irony.

In a living document that Connoley and the staff at Bulrush continue to update with their research, Connoley and staff member Alyssa Todd write: “As so often, history repeats itself. This story, full of fear and panic, also highlights discovery, partnership, and triumph. Without the cooperation of both the U.S. and France and the individuals contributing to the cause, we could very much not have wine as we do today. Fortunately, with the aid of research, persistent botanists and scientists, collaboration between American and European governments, and science, we were able to find a solution – to graft to alternative rootstock to save wine. We hope to tell this history in honor of those who contributed to the cause and to offer an example of perseverance and joint effort of others to overcome hardship.”

As we shuffle through yet another season of Covid – a trial that we had so desperately hoped was behind us – let us look to the historical relationship between the Missouri and French wine industry for education and inspiration – the full history, with all its contradictions and complexity, not the supposed hero’s journey in which Missouri’s winemakers swoop in to save the day. As we have learned, keeping a disease at bay takes full cooperation and humility. While fear will always be with us, maybe, together, we can be made stronger despite – or even because – of it.

A real life mystery!
F & R Imports’ John-Paul and Julie Fortney have been assisting the Bulrush team with their research. John-Paul recently read an article titled “Le Phylloxéra en Europe et en Amérique,” written in 1873 by Jules-Émile Planchon. In his article, Planchon discusses his travels to the U.S. to study phylloxera-resistant vines and one particular stop he made in our very own Kirkwood and Webster Groves.

The problem: Nearly 150 years later, we have no such historical information as to where these said vineyards might have been located.

Clues
In his article, Planchon mentions a “Monsieur Gill” in Kirkwood who had a vineyard.

In Webster Groves, he mentioned a winemaker named J.J. Kelley having Norton’s Virginia grapes next to some Catawba.

Some findings
There is a “Gill House” in Kirkwood built in 1858. While there is not a vineyard now, the yard appears to be substantial enough to have a small vineyard.  Is it the location of a long-gone vineyard? Could that vineyard have possibly helped save the French wine industry?

If you have any leads on these questions, let us know! 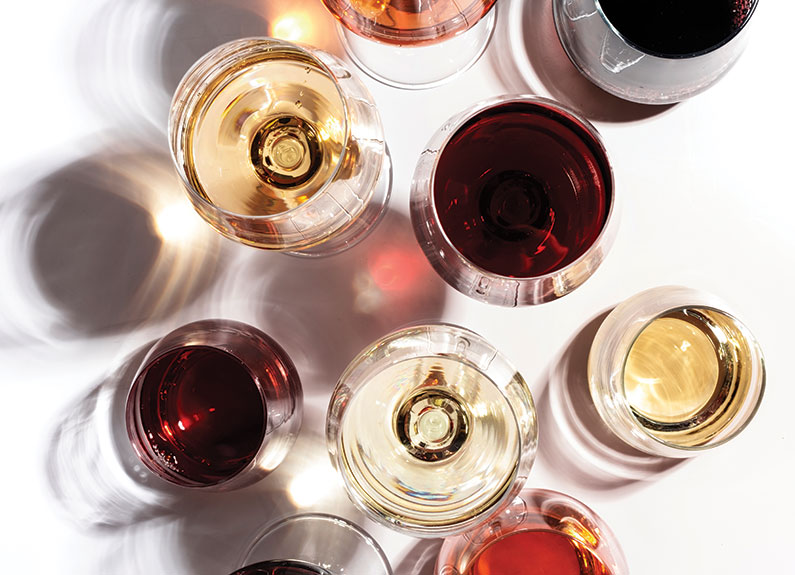 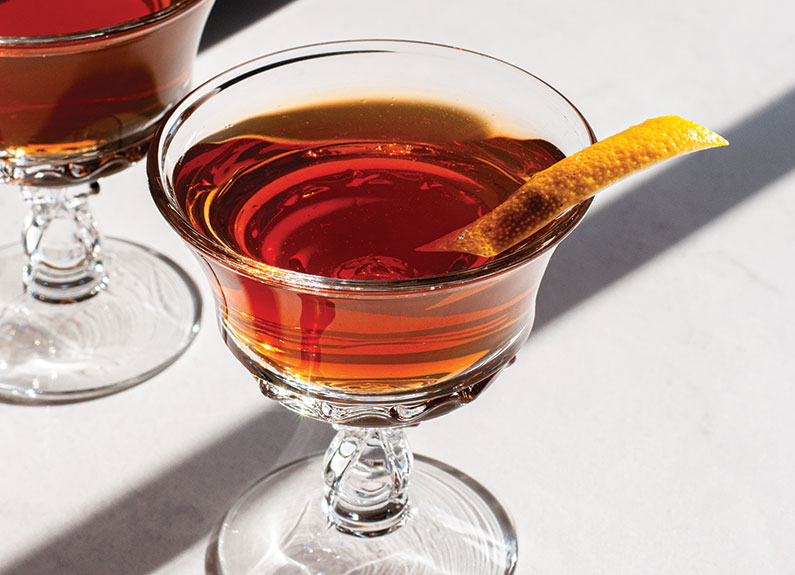 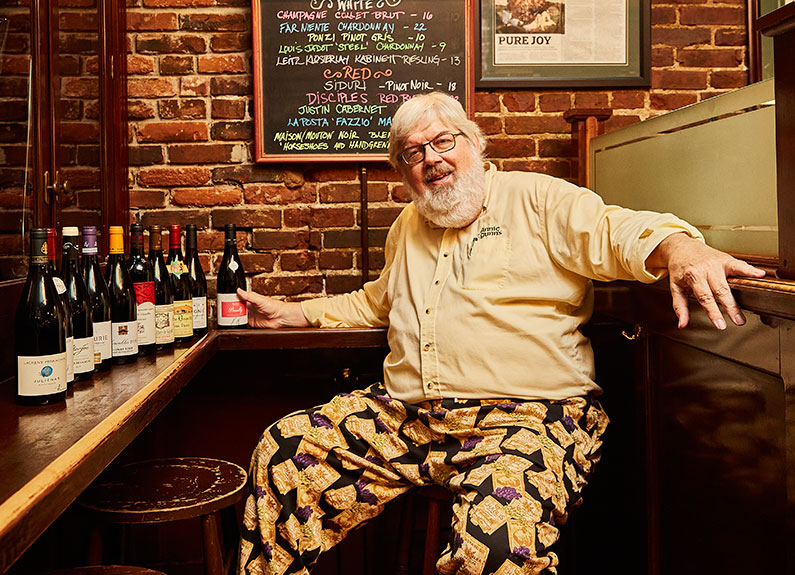