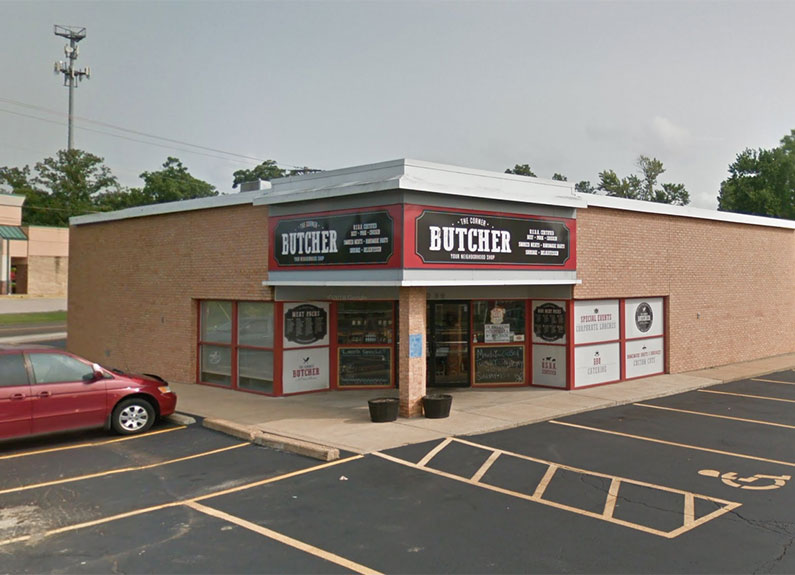 The Corner Butcher, at 2099 Bentley Manor Drive in Fenton, is expanding with a restaurant concept, CB's Chop House. Located just across the street from the butcher shop at 1005 Majestic Drive, the restaurant will be in the space formerly occupied by Brew Haus 141.

"The close proximity should make it an easy transition," said Mike Diffley, managing partner of The Corner Butcher. He explained that Brew Haus 141 already had a full kitchen and bar in good shape, so the only changes being made to the building will be cosmetic.

"We would love to open before the end of September," Diffley said, but was quick to add that CB's Chop House is still waiting on some permits before things can be completely official.

Some elements of CB's Chop House will be similar to The Corner Butcher, which opened in 2016. The shop, which prides itself in being an old-fashioned butcher shop that specializes in what the customer wants instead of what is already cut, has been serving a lunch menu for the past five years. For a while, the shop also had a small dining room, but it had to close due to Covid.

Now that The Corner Butcher's lunch counter has reopened, customers don't have anywhere to eat their sandwiches. CB's Chop House will solve this problem by transferring the butcher shop's lunch menu to the new location. Offerings will remain the same: 15 or so sandwiches with six of them being signature items like the Philly with rib-eye, candied onions and peppers, and the Gooey Louie featuring an Italian meat combo sandwiched by two grilled cheeses.

Once CB's Chop House opens, people will still be able to buy sandwiches to-go from the butcher shop; but other than that, the shop will be reserved for just its butchering needs.

Diffley and crew are still working on the restaurant's dinner menu. With all of the fish and meat from the butcher shop readily available, entrees on the dinner menu will showcase The Corner Butcher products in, as Diffley put it, "a simple but really good way."

CB's Chop House will not change in layout from Brew Haus 141. There will be a bar area, used mostly for lunch service, which seats 35; a dining room, which seats 60; and two private rooms, which seat 20 and 40, available for events and parties.

On the beverage side, CB's Chop House will have a full bar including beer, wine and cocktails. Diffley sees CB's Chop House as a place you can go to get a nice cocktail or glass of wine, but clarifies that he and his team have no intention of it being a sports bar with good sandwiches; instead, he envisions it as a great restaurant where you can get a good drink. "Just like with The Corner Butcher, we never had the intention of being a restaurant with a meat case, we have no intention of CB's Chop House being a sports bar," he said. "It sounds like semantics, but it's not. It's our identity."

To find out more about The Corner Butcher and updates on CB's Chop House opening, keep an eye here and on its Facebook page.