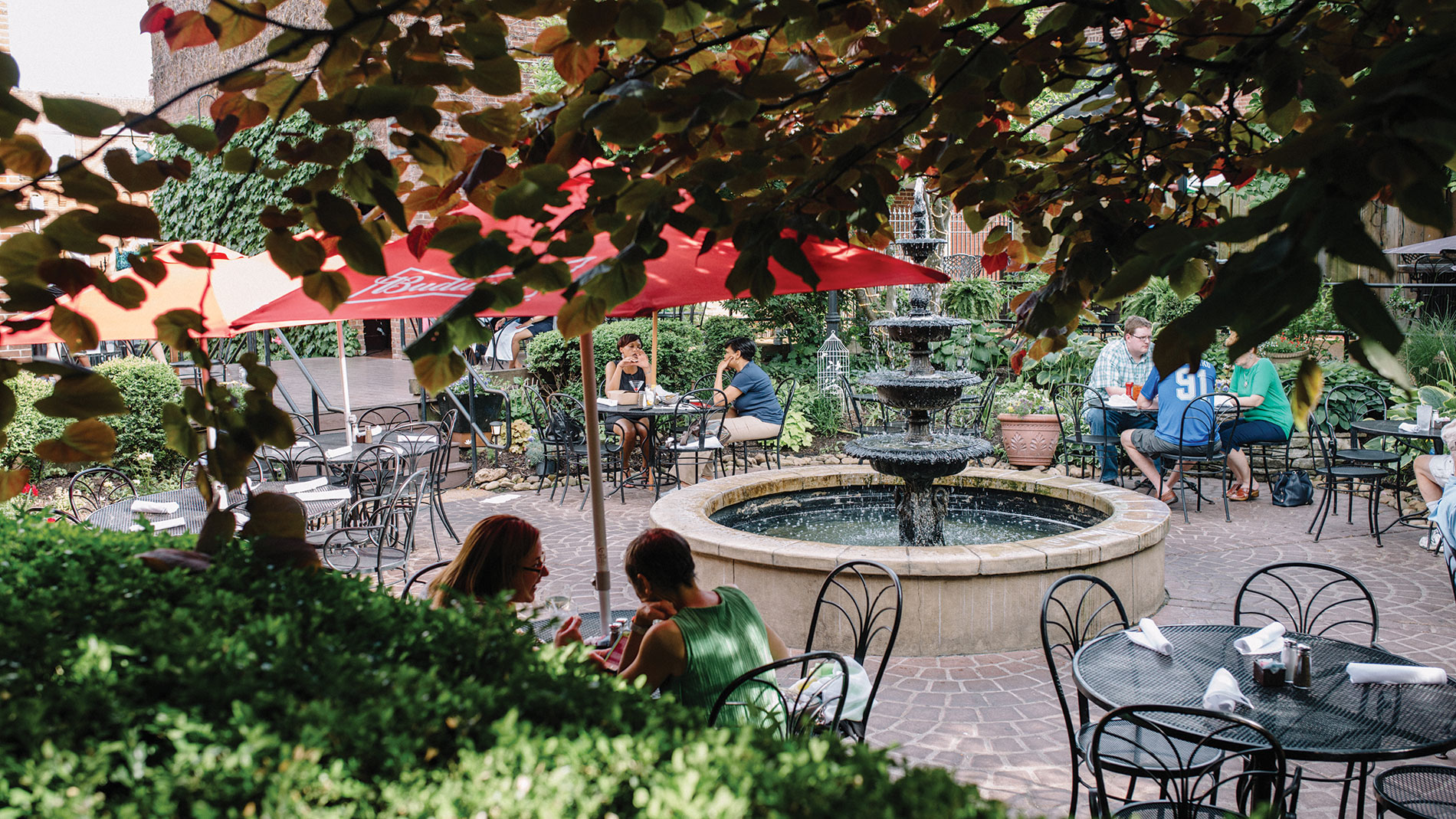 When John. D. McGurk’s Irish Pub & Garden opened in 1978, it was just a one-room pub in a refurbished row house on the corner of Russell Boulevard and 12th Street in Soulard. Irish pubs were particularly popular in St. Louis at the time, and owner Jim Holloran and his family decided to go all out and feature live Irish music. “That’s what set them apart and made them a destination,” according to manager Christian Bailey, who has worked for the pub on and off in varying roles for over 20 years.

As its popularity grew, so did the need for more space, and McGurk’s – voted 2021 Readers’ Choice Favorite Pub – expanded west three separate times, with the last expansion taking place about 25 years ago. The pub now comprises four renovated row houses. “Soulard was pretty inexpensive at the time, so they kept buying the row house next door, knocking down the walls between but leaving the overall structure,” Bailey said. “It’s exactly what you’d picture when you think Irish pub – lots of old woodwork and bricks.”

With the growth, the owners were able to transform the four former residential backyards into over 15,000 square feet of gorgeous outdoor dining space.“The music was the biggest draw in the beginning, but the garden became the biggest draw over time,” Bailey explained. “There are full-time gardeners that come in every day to maintain the landscaping. We’ve got mature trees, a ton of flowers, a koi pond, a fountain, a waterfall – it’s so beautiful and very unique for St. Louis.”

Although the ambiance and live music have been key in keeping patrons coming in over the years, so has the food. The traditional Irish fare and standard bar food offerings have not changed much since opening, but the pub remains a popular spot for people to grab a bite for lunch, after work or before a big game. “We’ve got the Irish classics like bangers and mash, Gaelic stew, fish and chips,” he said. “But we’ve also got stuff like chicken sandwiches and potato skins.” Bailey’s favorite menu item is the burger: “The grill has been there since ’78, so that nice, seasoned old grill just makes burgers and steaks taste a lot better,” he explained.

For many years, the pub offered live music seven days a week, but had to take a hiatus due to the pandemic. Since reopening, there’s currently music four days a week, but Bailey expects it to ramp back up to seven soon. “We get musicians from out of town who often have a following,” he said. “And we have had an incredibly talented local band, Falling Fences, every Sunday since 2008, and they have a lot of regulars that come in just to see them.”

Continuing the themes of westward expansion and historic buildings, McGurk’s Public House opened in an old mercantile in O’Fallon, Missouri, in 1999. The location offered a similar vibe and menu as the original, but closed temporarily when the pandemic hit and has remained shuttered due to a staffing shortage. “Right now, 35% of our staff (in Soulard) is from the O’Fallon location, so we’re kind of in a pickle,” Bailey said. “As of now, it’s just a waiting game, but we’re hoping we might be able open by the end of summer.”