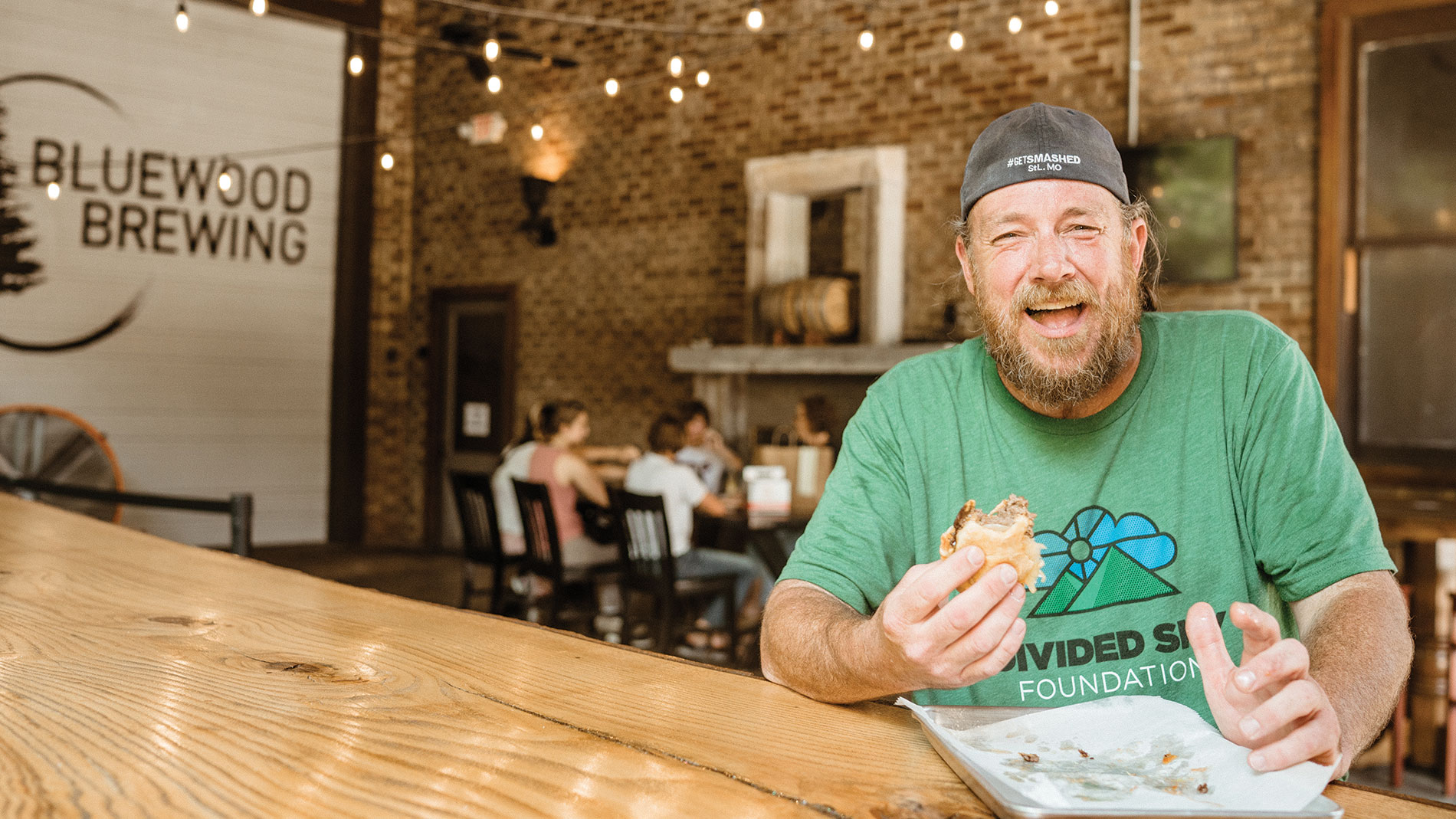 Mac’s Local Eats relocated in September 2019 from its original spot inside Dogtown’s Tamm Avenue Bar to bigger facilities inside Bluewood Brewing in Benton Park. Instead of needing time to grow into the new digs, owner Chris “Mac” McKenzie quickly realized demand for his smash burgers was already outpacing what his newly expanded kitchen could keep up with. “We were here for two weeks and I said to my wife, ‘We just moved here. We need a bigger fucking boat,’” McKenzie recalled. Here, McKenzie talks about his ever-changing role at Mac’s and the whole animal philosophy behind Sauce Readers’ Choice Favorite Burger.

“(What I do) is different every day – that’s a big part of why it’s so fun. We like to say, from a restaurant point of view, we buy really high-quality raw materials and then get out of their way. We’re constantly trying to find these products that separate themselves from others.”

“The chicken that we get from Rustic Roots Farm over in Brighton, Illinois – we like Rustic Root because they use all organic feed for their chickens. I’m not saying you’re wrong if you don’t; I’m saying I think it’s better if they do. But I like them because they are literally committed to making the best damn egg or meat bird that they can. They’re spending a bunch of hard-earned, expensive dollars to buy not just any old feed.”

“I say it all the time: Local doesn’t mean good, it means close. You’ve got to remember that.”

“Our menu is a reflection of us harvesting a pig and a cow. We use all the beef for the burgers. We grind up the whole cow. The offal from the cow – the hearts and the livers – we have a few customers that buy them, or we turn them into dog treats.”

“And then we have cracklings on our menu, because we have pig skin, and we have boudin on our menu, which is an outlet for the heart, the liver, kidneys, those spare parts of that pig. That’s what we do, all in an effort to be respectful of that animal and not waste it.”

“When we’re out of bacon, I try to get bacon from the two big farmers we use. But if they don’t have any, well, guess what? We’re out of fucking bacon.”

“Twice now, we’ve closed shop for a week and I took the staff to a boucherie (a traditional Cajun pig harvest) so that everybody could be part and witness the harvesting of some animals. We’re not just going to break down a side of pork or beef here. No, no, no. There’s a couple of steps that happen before we get to here. And it’s important that you see that shit, and to have an appreciation. And people cry, it’s very emotional, but it’s part of the story. And if you’re going to eat that meat, I think it’s important to see that stuff.”

“When we opened, it was like, sure, I could cook, I love to cook. I grew up with a mom who was a scratch cook for five boys. … But when we opened, I did not work the line. I was the guy selling the food. I worked the window. I know the story. I know the relationships. I can tell you why we like this product or why this is good or the characteristics, whatever.”

“I enjoy working service, I enjoy talking to people, I enjoy feeding the guests. I tell guests all the time, ‘We feed you so we can eat.’ At its core, that is what we do. And everybody on our staff gets paid well, more than a living wage – as well they should, because they work hard, and it’s got to be fair.”

“It’s a constant effort to maintain balance. Just yesterday, a guy was like, ‘When are you going to open a bunch of restaurants? You could franchise!’ I was like, ‘No, we are not going to do that.’ I’m 51 and I’m ready to fucking sit down and be done, because operations is for young humans. … We got a spot and we don’t need another one.” 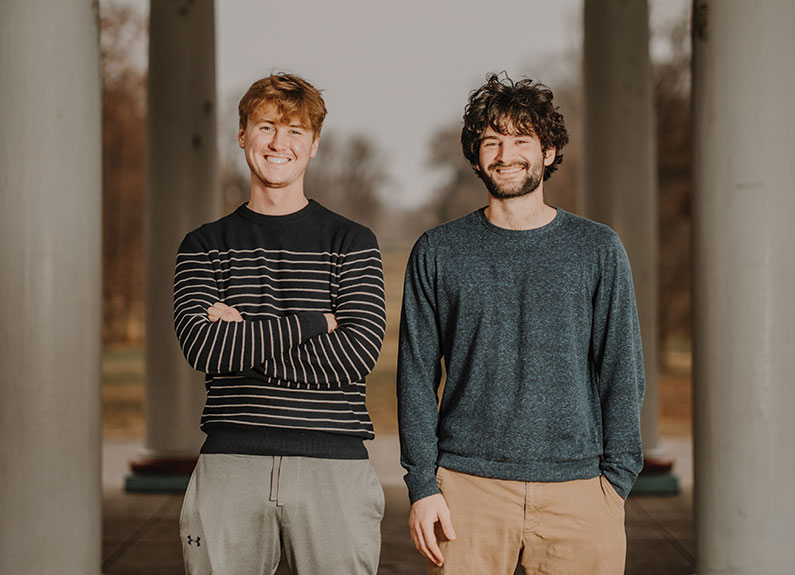 Find Your Farmer​ is an online grocery store and delivery service sourcing products from local, ethical ... 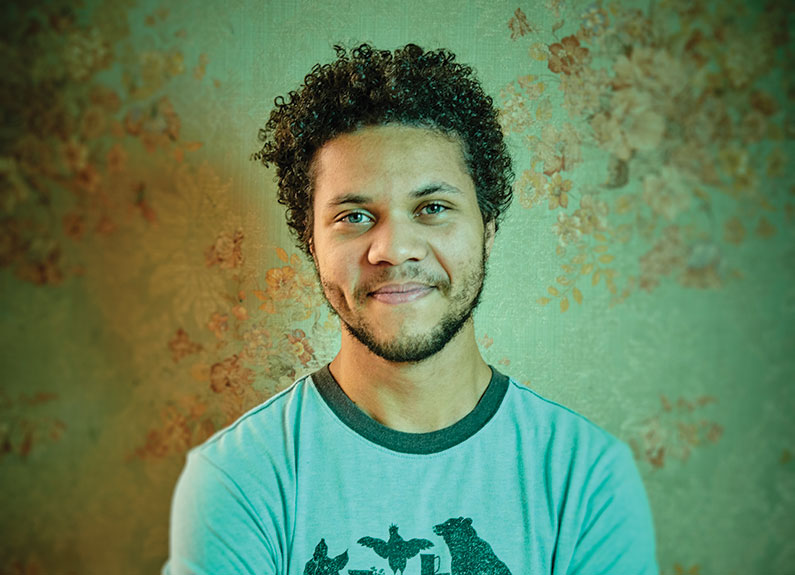 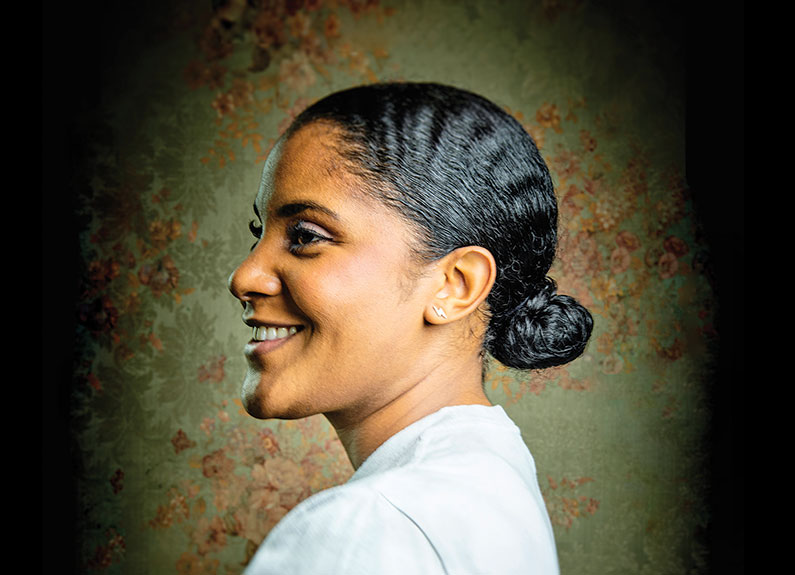