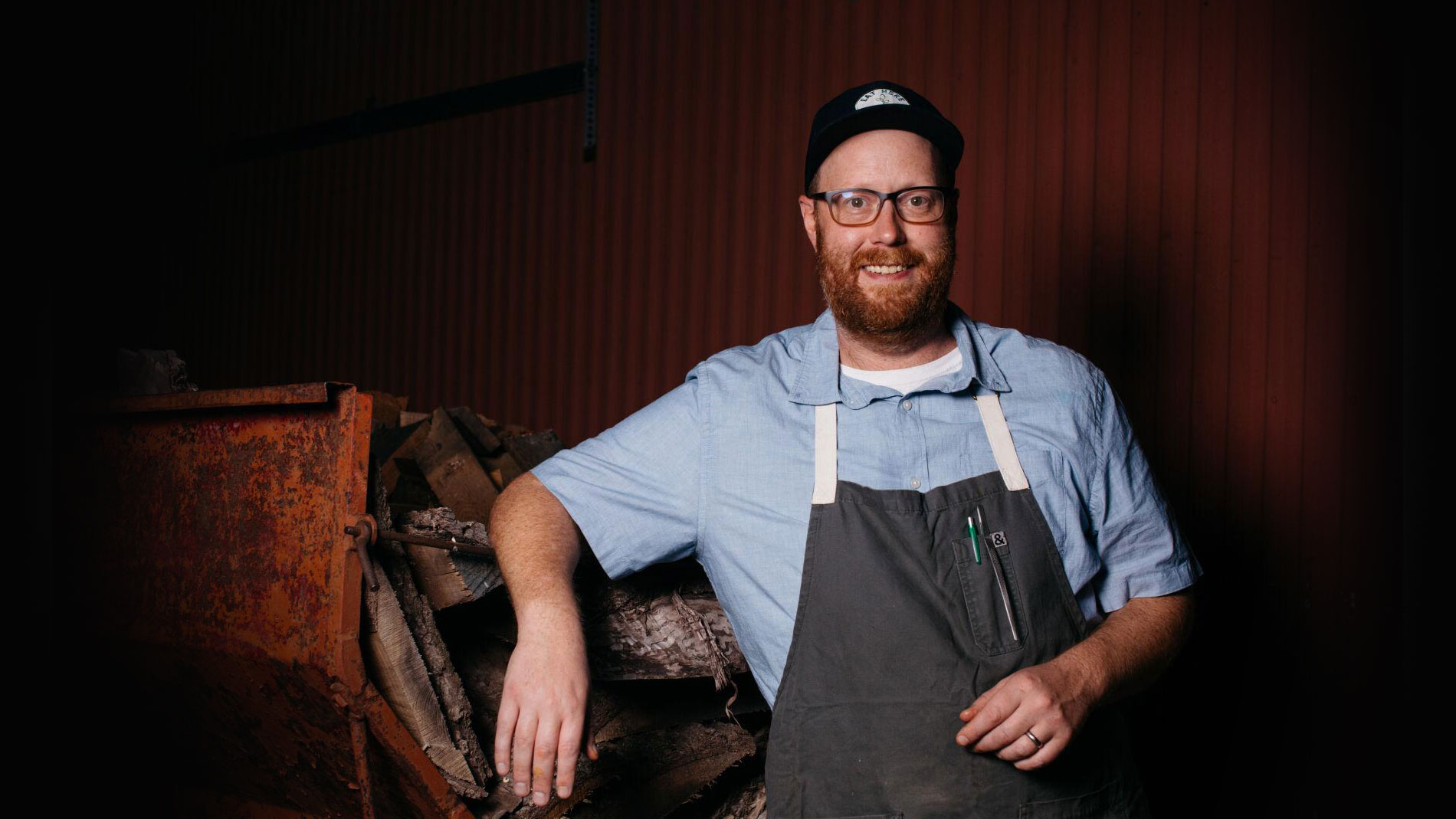 Chicken Scratch is the creation of Nate Hereford, former executive chef of Gerard Craft’s now-closed Niche in Clayton. In 2016, Hereford headed to California to work on research and development projects for Just Inc., where he was senior research chef on a plant-based egg product. After seeing several rotisserie chicken shops pop up in San Francisco, he and his wife were inspired to bring this idea to the Midwest. Since moving back to St. Louis in 2018, he’s been consulting, as well as hosting private dinners and pop-ups. But when Hereford was approached by City Foundry in 2020, it seemed like a great fit for Chicken Scratch.

“I like to surround myself with people who do creative endeavors, and I thought that matched up perfectly with some of the ideas [City Foundry] has,” he said. “It’s a cool opportunity to get upwards of 20 different stalls of unique, chef-driven, local concepts that are completely unique to City Foundry.”

The fast-casual style of City Foundry food stalls like Chicken Scratch allows guests to order at the window and take their food to go, whether they want to eat at home or at one of the 500 seats available in the 30,000-square-foot food hall.

“A lot of people think of [rotisserie chicken] as something they can get at a grocery store to prepare at home, so this lends itself perfectly to that,” Hereford said.

The menu will offer both half and whole birds. Each bird gets a dry brine and house rub before it’s roasted on the spit in a rotisserie oven from France. “It’s the top-performing French rotisserie oven in the world," he said. "It’s just a classic, stand-up rotisserie; you can watch the chickens spin. It’s super simple and basic – I appreciate that because chicken is still a simple dish and doesn’t need a bunch of fancy equipment to make it delicious.”

Hereford also plans to offer a few salads, bowls, specials and about eight different seasonal sides. Potatoes will be served French market-style, roasted in chicken drippings. A carrot dish Hereford described as spicy yet herbaceous with toasted nuts, herbs and a corriander hot honey will be on the menu as well. “I’m excited about the process of bringing this to life. The chicken is exciting, but I’m also just as excited about working with the sides and the sauces and keeping the food vibrant and delicious,” he said. “The specials are an opportunity to have some fun.”

Hereford will also serve canned beer and wine from local brands, as well as a few simple desserts. “I’m messing around with a rotisserie pineapple, with cajeta (goat’s milk) caramel to go along with it – we might do some puddings or cookies too,” he said.

City Foundry is scheduled to open in two waves, with Chicken Scratch as part of the second wave coming early this fall. The first wave is expected to open in mid- to late-summer.