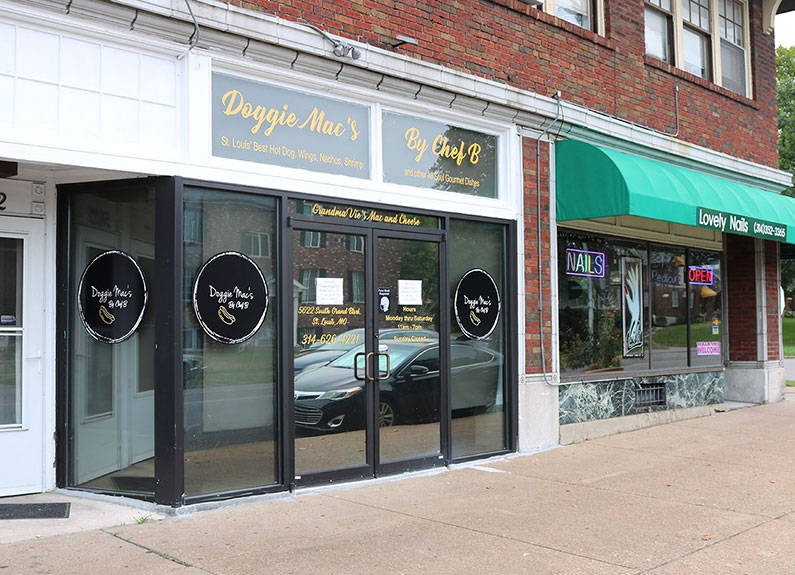 According to a press release sent today, April 27, Doggie Mac’s will be closing its 5622 S. Grand Blvd. location on May 1. Chef-owner Bryan Scott confirmed the closure and said he will continue running his popular food truck and will keep the space to offer catering and private events, also making it available as a commissary for other local chefs and food truck businesses.

But this closure is in no way the end of Doggie Mac’s. “I’m definitely running the food truck as usual,” Scott said. “People will be able to catch us mostly at 9 Mile Garden – we’ll be there two or three times a week, so people can get their Doggie Mac’s fix there.” He added that the truck will also be found in other spots in town going forward.

In the future, Scott said he might reconsider a brick-and-mortar. “It may reopen, rebranded, but I think that would be next year,” he said. “I need to make sure that the location is viable for a restaurant, but I need to get Covid behind us before I can really find that out.”

In the meantime, fans of Scott’s cooking can catch him at a pop-up collab with C and C Food For Your Soul on June 7 at their space at 1926 West Main St. in Belleville, Illinois. “The tentative name is Soul Burger,” Scott said. “Great smash burgers, some premium shakes. We’re going to roll out a salmon burger as well, and we’ll have something for the vegetarians and vegans.”