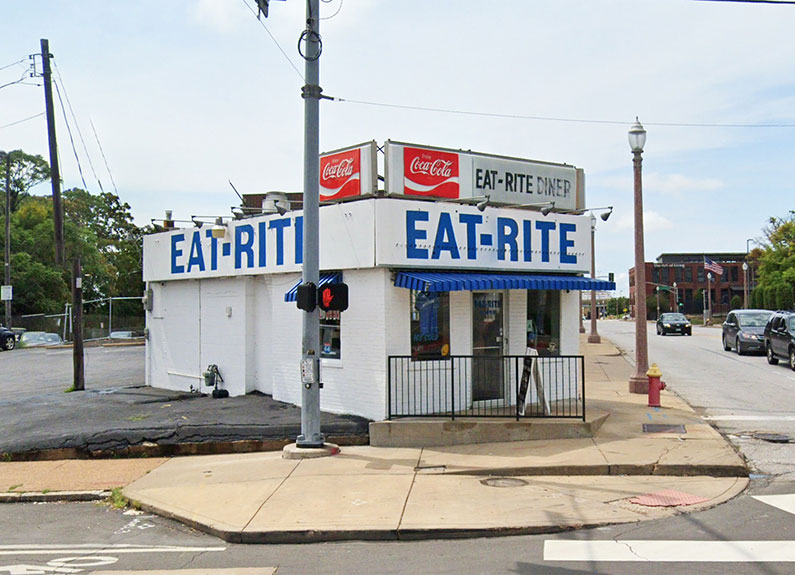 After closing this past December, the former Eat-Rite Diner is now being revamped by local chef Tim Eagan. The historic location at 622 Chouteau Ave. in downtown St. Louis will be home to Fleur STL, which is slated to open in late May or early June.

Eagan has worked in the restaurant industry for over two decades and is excited to take on this new venture. Prior to this role, he served as a private chef and worked in corporate hotels and larger operations, including stints as the executive chef of Porter’s Steakhouse in Collinsville, and the Weber Grill at the St. Louis Galleria. “I really feel like this is going to be something different,” said Eagan. “I'm ready to get back to doing my own food and my own menus.”

Eagan came across the opportunity online in January and it has been a quick process since. “I actually saw the Eat-Rite spot was for lease via social media,” said Eagan. “I really thought it was a great time to move on this one. It’s small, manageable, and the location is perfect right downtown. It’s a good starting point for launching something new.”

He is looking forward to crafting more of a chef-driven menu while maintaining a classic diner style. “I definitely want to stick with some diner classics,” he explained. Fleur STL will mainly offer breakfast and lunch (or brunch) with everything being made from scratch. Some items may include biscuits and gravy, meatloaf, burgers and more. “Comfort food done well,” Eagan said, noting the menu is still under construction. “I’m super excited. Once people come in and see the space and taste the food, I think it’s going to take off.”

Eagan also mentioned he is obtaining a liquor license for the location – something the Eat-Rite Diner never had – and will offer a full bar with mimosas, bloody marys and craft cocktails, along with local beers and wines. “The more local products, the better,” he said.

The space currently has 13 counter seats inside, and Eagan hopes to add a small booth, along with another counter seating area along a wall. He has applied for a permit to offer outdoor seating, which would likely provide an additional 10 to 12 seats.

While the space will keep the same footprint and diner feel, Eagan said, “It’s getting a good facelift inside and out, so more of a modern diner vibe.”

Hours of operation and a full menu will be released as Fleur STL is closer to opening. Curbside pickup will also be available. A website and social media prescence should launch by early May.