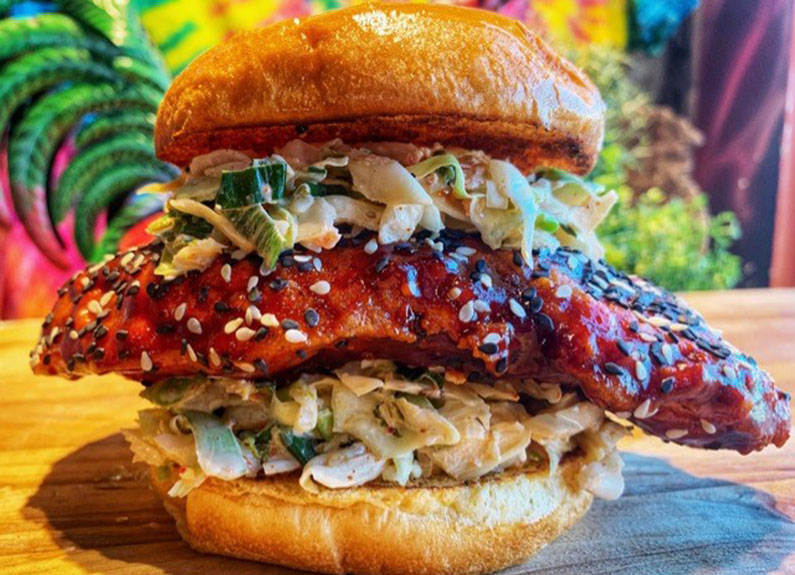 A new food truck focused on serving fried chicken sandwiches, Ramblin’ Rooster, is slated to start parking it around town at several locations in April.

Co-owners Gregg Medeiros, Tom Lombardo, John Brauch and Mark Pitliangas embarked on this project after seeing success with their first food truck, a Sugarfire Smoke House franchise called Brisket 1. “Through Covid, we had the Sugarfire food truck (Brisket 1), and it was really a lifesaver for us,” Medeiros said. “So we’ve decided to go and get another truck.”

Ramblin’ Rooster will mainly appear at 9 Mile Garden and Scott Air Force Base, though also at corporate events and festivals.

The menu will feature around six variations of fried chicken sandwiches, including Korean, barbecue and buffalo. They will also offer salads, wraps, chicken and waffles, smoked wings and more. One of the menu highlights is the Korean chicken sandwich, a gojuchang- and soy-glazed chicken with kimchi slaw on a brioche bun, topped with white and black sesame seeds.

The truck itself is painted tie-dye to fit the theme of community support. For each sale, Ramblin’ Rooster will donate a portion to charity monthly. “It basically supports the love, peace and unity that we are looking forward to in our country,” Medeiros said.

The truck should be up and running by early April, and the schedule will be posted online at sugarfire64.com, as well as on Twitter, Instagram and Facebook.

“It’s a lot of fun to have a food truck – people enjoy them, and it definitely brings a little buzz to any event,” Medeiros said.