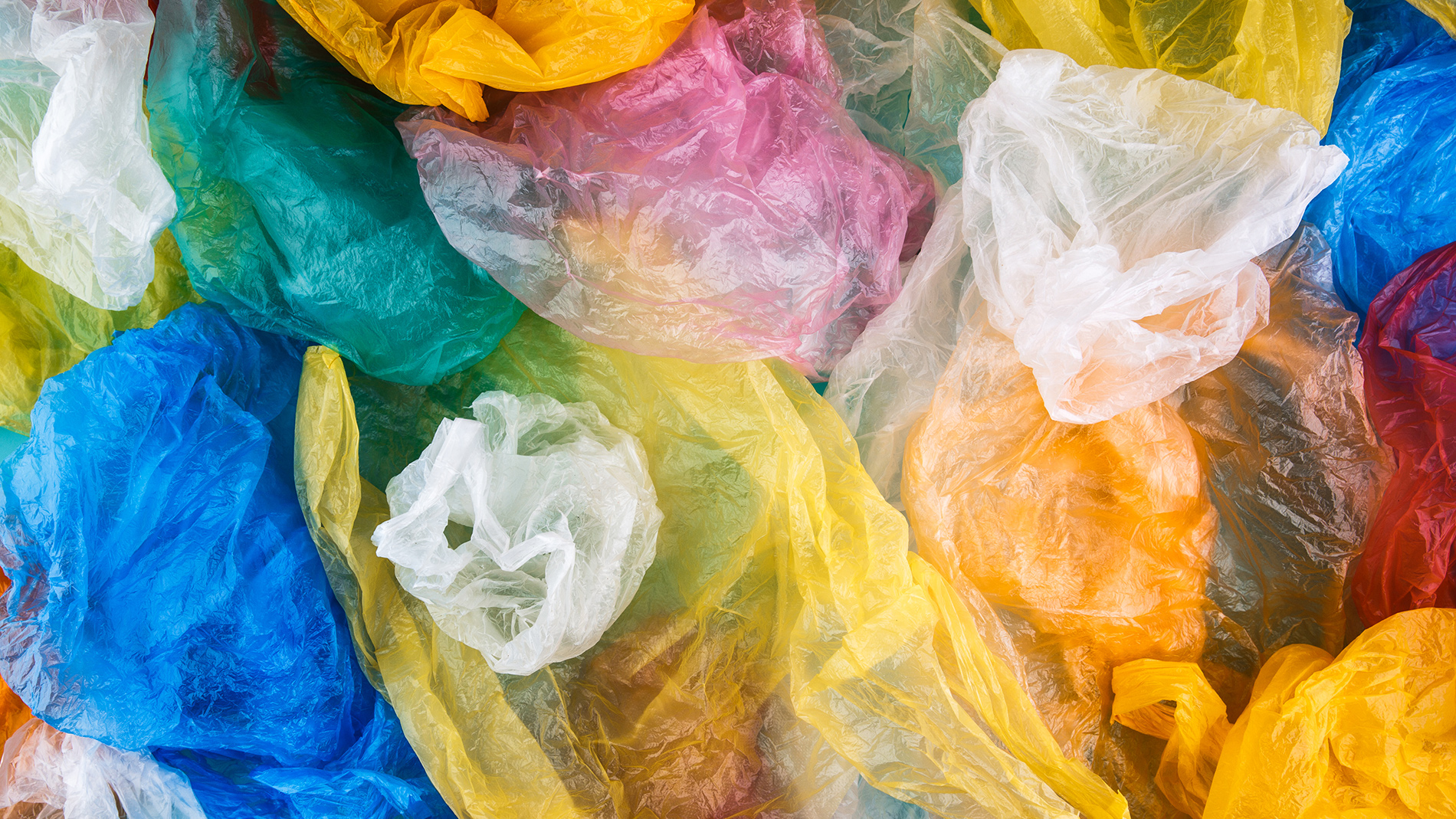 OneSTL, a St. Louis area sustainability initiative, is trying to get grocery bags out of recycling bins where they do not belong by launching a new Return Plastic Bags and Wraps awareness campaign. They have specially marked bins – receptacles for any plastic bags or wraps – placed outside Schnucks stores. This initiative is launching just in time for the holidays at a time when people shop more frequently.

“If it is stretchy plastic, it can go in this bin,” according to Elysia Musumeci, a spokesperson for OneSTL.

Most Schnucks in the St. Louis metro area already had these bins outside their doors, but they are now equipped with new signage from OneSTL, which makes it clear what should be put in the bins and what shouldn’t. Grocery bags and clean produce and bread bags are accepted, as well as clean zip-top food bags, newspaper sleeves and toilet paper packaging.

Because many grocery stores are not allowing reusable bags at checkout due to Covid concerns, OneSTL’s campaign comes at a great time. More people are using plastic grocery bags, which means more stretchy plastic is ending up in regular recycling bins. “Now they know exactly where to put them,” Musumeci.

OneSTL’s other campaign, Stick with the Six, helps consumers understand exactly what should and shouldn’t end up in recycle bins. Acceptable items include paper, flattened cardboard, plastic bottles and containers, glass bottles and jars, metal food and beverage cans, as well as food and beverage cartons. “The No. 1 contaminant in recycling is plastic bags and wraps,” Musumeci said. Stretchy plastic should not go in the recycling bin because it jams the machines and can cause whole loads of recyclables to be thrown out; thus, it must be recycled separately.

In the future, OneSTL hopes to add their signage to other grocery and retail stores, but “most already have bins,” Musumeci said. Shoppers just have to take the extra minute and look for them outside stores.