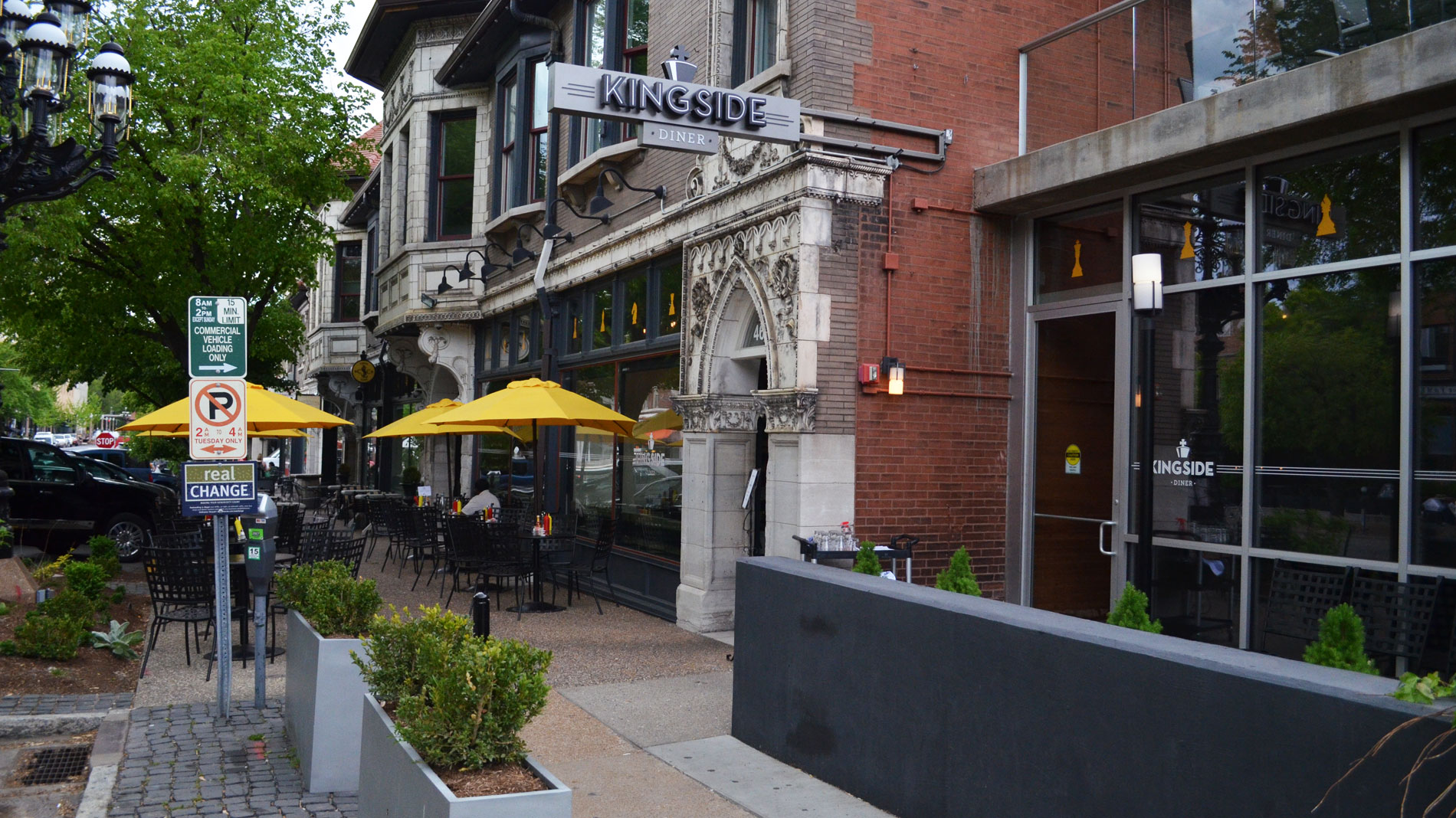 Central West End residents and Kingside Diner fans will have something to look forward to next year as Kingside Diner plans to move its 4651 Maryland Ave. location into a much bigger space: the former Gamlin Whiskey House spot at 236 N. Euclid Ave. Owner Aaron Teitelbaum anticipates that the new spot will be ready in January.

Though the St. Louis Chess Club expansion is one reason for the move, Teitelbaum said it’s something they’ve been talking about for a long time. “There’s more to it than just that conversation. We’ve been talking about getting a corner space, Kingside After Dark, more seats,” he explained.

The space is still being designed, but a large patio will be a significant new feature. “We’re gaining a huge patio that we’re turning into a three seasons space – a structure with heat fans, TVs, removable walls,” Teitelbaum said.

The daytime menu won’t change, but the restaurant will add an After Dark concept similar to its Clayton counterpart at 8025 Bonhomme Ave. “It’s going to have small plate kind of food – bar-style food for after dark. We’ll do wings, cheese curds, sandwiches, entree-style dinners,” Teitelbaum said, adding that steak and fish options will be available. A new cocktail menu will take over in the evening.

Teitelbaum was quick to point out that he hasn’t made these moves alone. “Derek Holmes, the [general manager] that’s been running both of the locations, is really working on continuing the upgrades with our service and team,” he said. “He’s been with me since the beginning of Kingside.”