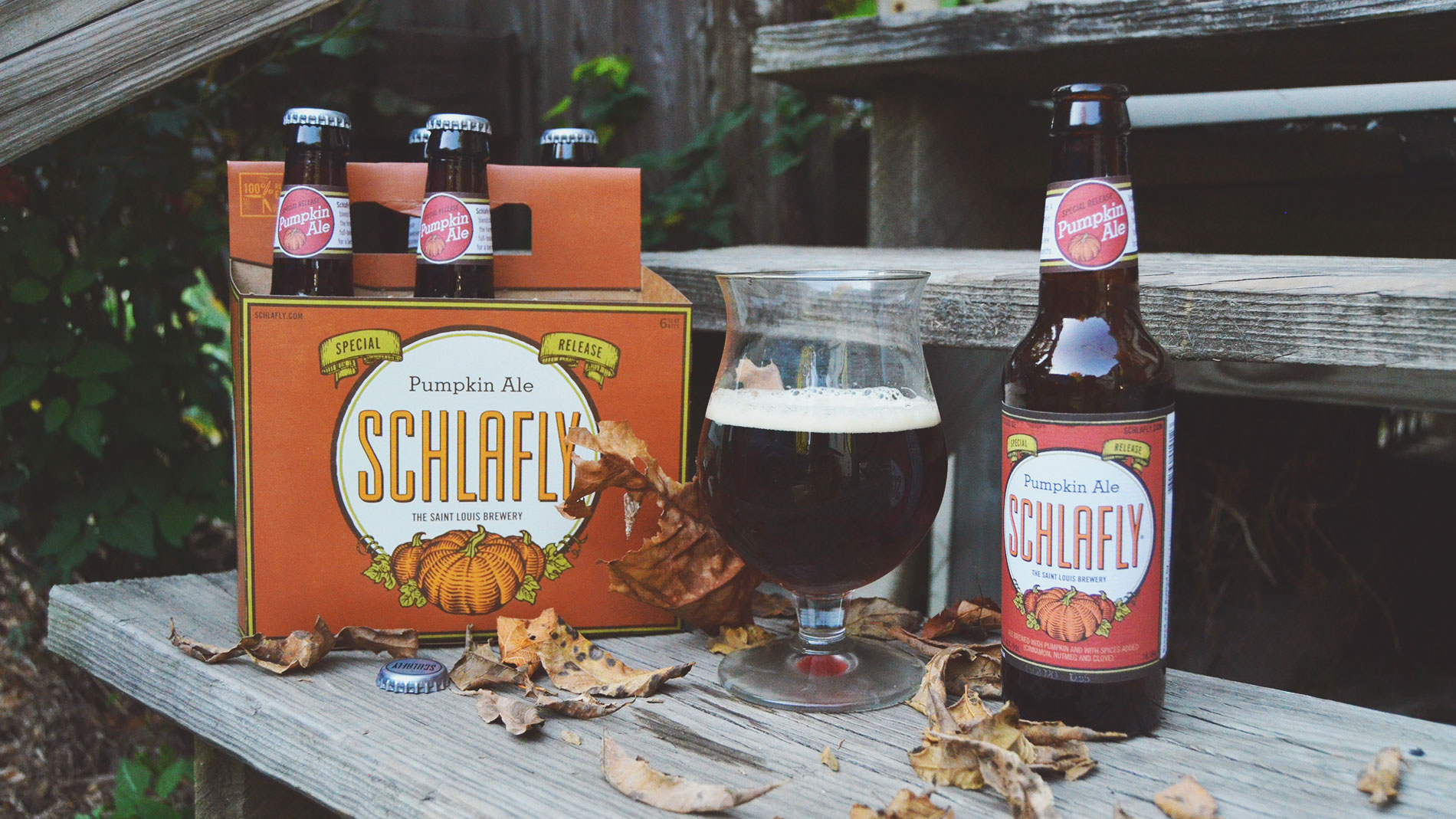 Pumpkin beer is so good

Pumpkin beer is like Steely Dan, Nicolas Cage and pineapple on pizza: they’re incredible, but somehow continue to inspire millions of passionate haters. One of the most debated and misunderstood items in all of cuisine, pumpkin beer has for many become a symbol not only of the dark side (read: commercialization) of beer, but the ills of American culture as a whole. Dismissed as “basic” and “gross” by snobs who prefer to drink IPAs and pastry stouts or whatever, pumpkin beer is often tainted for new drinkers before they’ve even tried it. Veteran enthusiasts of the style are well familiar with the pain of disapproving looks from friends, bartenders and grocery store clerks as they make their fateful orders each fall.

I love pumpkin beer and have for years – I remember discovering classics like Southern Tier Pumking and Schlafly Pumpkin Ale back in the mid-’00s, obsessing over them with my friends, trying as many other pumpkin beers as we could. And there were always haters, even from the start. With each passing year, I see more and more pumpkin beer scorn, and I’ve come to wonder what it actually is about the brew that makes people dislike it so much. The immense success of Starbucks’ pumpkin spice latte and the mini-industry it’s spawned over the past two decades - everything from pumpkin spice hummus and Cheerios to marshmallows, salsa and yogurt - proves that people don’t actually hate pumpkin-flavored things. So I decided to talk to some local pros to get their thoughts on this most controversial beer - whether they brew it, what makes a good pumpkin beer, and why people hate it so much.

My first stop was Rockwell Beer Co. “I’m surprised it’s still as polarized as it is now,” said Rockwell head brewer and co-owner Jonathan Moxey. In his estimation, some of the hatred of pumpkin beer can be chalked up to a reaction to “holiday creep” - the arrival of holiday gear, foods and decorations months before they’re relevant. For some, a rejection of pumpkin beer seems to be a reaction to seeing Halloween- or fall-themed things for sale and on display in August.

In Moxey’s experience, pumpkin beer can be quite good. When he was at Perennial Artisan Ales, he made a “pumpkin” beer with roasted squash from Farmhaus Restaurant. “To get flavor, you have to roast it and get the sugars out of there,” he explained, adding that many pumpkin beers don’t actually have pumpkin - they rely on spices like cinnamon, clove and nutmeg to simulate the taste of pumpkin pie. Moxey loves a good pumpkin beer; “Schlafly makes one of the best in the country,” he said. At the same time, he also recognizes that not only are they not for everyone, but that many of them just plain aren’t good. With so many spices going on top of a base brew, it’s hard to get the balance right, and many beers, he finds, are blasted with one spice or note. Even the best of them have powerful, piquant flavors - they’re not something he wants to kick back and drink a six-pack of, which is why he doesn’t brew or serve them. If there’s one quality that threads through the beers he serves in the Rockwell tasting room, it’s their ease of drinking. “I want you to ask for another one,” he said.

Going into this pumpkin beer investigation, I assumed that most brewers who don’t do pumpkin beers simply hated them. Between the 2nd Shift quote in the epigraph to this piece and the general pumpkin beer hate I witness on a regular basis - literally today, as I told a friend what I was writing, he sent me a barfing emoji - I just figured that many great brewers had extremely negative thoughts toward this style of beer. In most cases, I was wrong.

Following up on their tweet, I called 2nd Shift co-owner and head brewer Steve Crider, a known pumpkin beer hater. “I just don’t like ’em,” he said. “They’re usually overdone.” But his dislike of them doesn’t mean he thinks it’s impossible to do a good one. “The best one I ever had was from Blue Moon. It was really nice, because it was light-handed. It wasn’t over-the-top spiced up, if you will. But I know that doesn’t sell, because people like ‘too much,’” he explained.

He doesn’t do pumpkin beer at 2nd Shift, but if he did, he’d keep it simple. “It should be a little lower ABV - 5% to 6%. And lighter with the spices,” he speculated. “I want to do a pumpkin beer and actually use pumpkin. If I did, you wouldn’t even know there was pumpkin in it. Most pumpkin beers don’t use pumpkin,” he added. Ultimately, though, Crider has no intention to put these ideas into action anytime soon.

For Cory King, co-owner and brewer of Side Project Brewing, making a pumpkin beer (or any beer) is just a question of whether it would fit in Side Project’s portfolio. Though he isn’t a huge fan of pumpkin beers, that isn’t the reason he doesn’t do one. “It just doesn’t fit into the styles of beer [we do],” he said. “Nobody wants a sour pumpkin beer.”

To get to the heart of what makes a great pumpkin beer great and to try better understand why people hate them, I went to talk to one of one of the undisputed OGs of the brew: Stephen Hale, the founding brewer of Schlafly Beer. In addition to winning a silver medal at the 2017 Great American Beer Festival, the beer has been long recognized as one of the best in its genre - not just in St. Louis, but in the country. In a recent Food & Wine roundup, cicerone Anne Becerra said it was her favorite of the 12 top-ranked pumpkin beers she evaluated. “Regionally, people understood very quickly how good our pumpkin beer was,” Hale said. “People rave over it.” It’s exported within about 300 miles of St. Louis and all along the East Coast, including New York City.

Schlafly started doing pumpkin beer over a decade ago, just as the style was becoming popular in craft beer circles. The brewery’s first attempt was released in their 2006 Special Release series alongside the Irish-Style Extra Stout and the Export IPA. “There were not many pumpkin beers in 2006,” Hale reminisced. The original recipe came from co-founder Dan Kopman and then-head brewer and chief engineer James “Otto” Ottolini, who, Hale says, pretty much nailed it on the first try; the recipe hasn’t changed much at all, though the taste of the beer can change a bit year to year depending on fermentation and the environment. As we sipped and pontificated over pumpkin beers at the Bottleworks, Schlafly’s Maplewood brewpub, Hale remarked that this year’s iteration was possibly less spicy than last year's.

So what really distinguishes Schlafly’s beer from the rest of the pack? For one, they pay close attention to their spice balance: cinnamon, nutmeg, clove and other secret ingredients. “The tricky thing is to get the spices correct,” Hale explained. In his opinion, echoing what other brewers had told me, an imbalance of spices or too much pumpkin can weaken a brew. Another important component is a good base beer, Hale says. If that piece isn’t solid, the finished pumpkin beer can’t possibly be good.

Another unique factor in Schlafly’s pumpkin beer is its alcohol content - it’s not the highest, but it’s definitely higher than a number of other pumpkin beers. “It’s pumpkin pie in a bottle - but pumpkin pie doesn’t have 8% alcohol,” Hale said, laughing. Indeed, after he and I each had two of these (as well as a couple other recent brews), I was left to debate whether I needed to call an Uber to get home. Let’s leave a little mystery around this point, shall we?

With a nationally recognized, award-winning, locally beloved beer such as Schlafly’s, it would seem that there’s little room for dissent. But the brewery still gets plenty of it. In a recent Instagram poll under a picture of me holding up a Schlafly Pumpkin Ale, where the options given were simply “yes” or “no,” “no” won with 52% of the vote. Hale is well aware of the anti-pumpkin beer camp. “I’m sad for the pumpkin beer haters, because they don’t know what they’re missing,” he said. “I think they think it’s fun to make fun of it and to hate it. People take it as a point of pride to be a pumpkin beer hater.”

Whether people are resisting the “holiday creep,” have never had a good pumpkin beer, or simply dislike what goes into them, there will always be plenty of pumpkin beer haters. If you’re one of them, I’d encourage you to think a little deeper about why; if not, I don’t need to tell you that there are plenty of good ones out there to try. Here in town, places like Schlafly, O’Fallon Brewery, Earthbound Beer, Square One Brewery and more are doing great pumpkin beers every year. Still, many will stand firm and never change their minds, and that’s OK - seasonal ales with flavors of cinnamon, clove and nutmeg may not be for you. In that case, enjoy your bourbon barrel-aged Imperial stout with notes of cocoa, fudge, vanilla, caramel, almond, leather and tobacco!