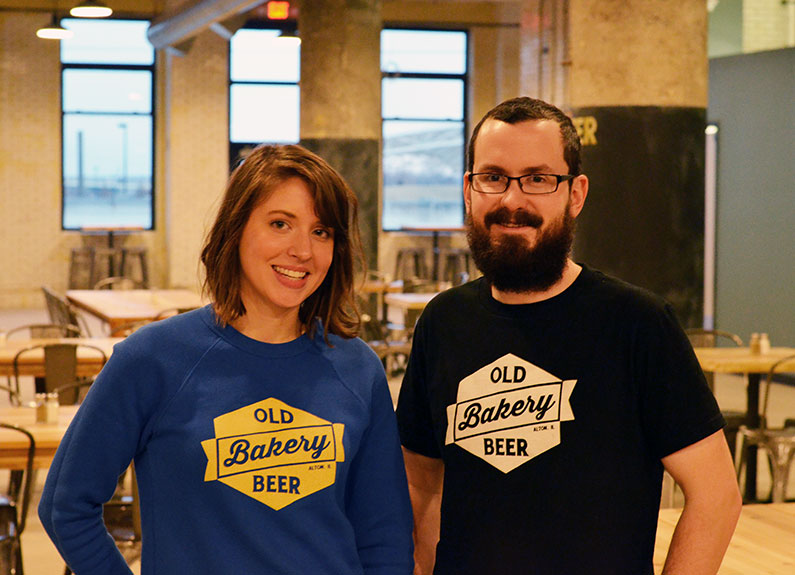 Illinois governor J.B. Pritzker announced yesterday, March 15, that all dine-in bars and restaurants in the state would be closed effective at the end of the day today, March 16, through the end of the month. The decision has prompted many Illinois establishments to face some harsh realities and try to come up with ways to tread water.

After its tasting room closes, Lauren Pattan, co-founder of The Old Bakery Beer Co. in Alton, said the brewery will offer curbside service and delivery, including cans and growlers of its beers in addition to its food menu. Though the shutdown is currently scheduled only through March, “We know it’ll eventually go longer,” Pattan said.

March and April are the brewery’s busiest months for events, and Pattan said they’re working on rescheduling as many as possible for later in the summer. “So far, everyone has been very supportive,” she said.

Beast Craft BBQ Co. in Belleville is going a similar route, according to chef-owner David Sandusky.

“The goal right now for us, because of the support we’ve gotten for it from the area, is to do delivery and curbside to-go service,” Sandusky said. “We’ll also be doing drive-in orders in the parking lot. Servers with iPads will take orders and bring them back out, and customers can eat in the parking lot. Hopefully we can survive the next two weeks.”

The shutdown will not only affect current businesses, but also those that are getting ready to open, like Pie Hard Pizza & Custard, which was slated to debut this month 122 W. Mill St. in Waterloo, Illinois.

“Everyone is anticipating that it could go longer,” chef-owner Michael Pastor said of the shutdown. “It’s frustrating because we’ve been waiting for so long to open, but we understand why it’s being done.”

Pastor said since the impending shutdown would still allow online ordering and curbside pickup, Pie Hard might be able to open earlier by just offering those services, and his building also has a walk-up window that could be utilized. Otherwise he’s hoping to open the doors in April.

“You have to play everything by ear,” he said. “We’re just keeping our heads up and pushing on.”

Matt Sorrell is a contributing writer at Sauce Magazine.