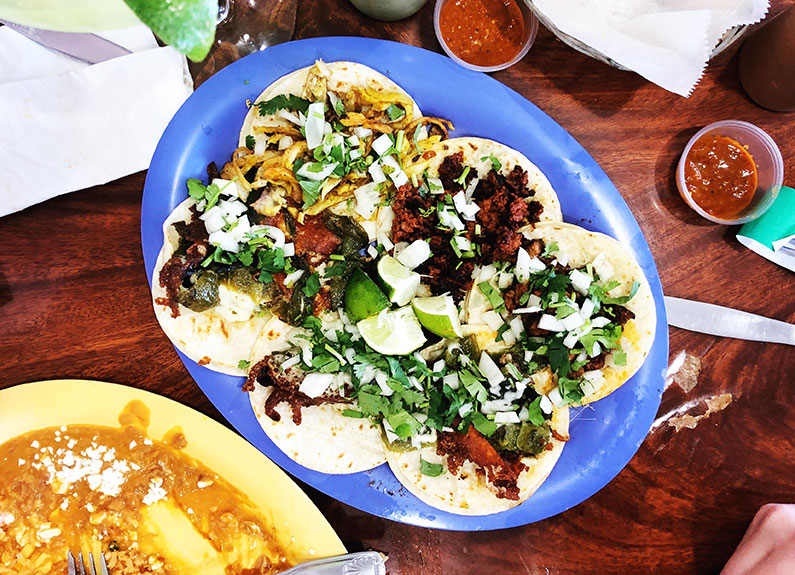 a platter of tacos from taqueria durango photo by michelle volansky

Three St. Louis restaurant industry pros have united to support the family and staff at Taqueria Durango, which was destroyed in a fire March 5.

As Sauce reported last week, the Overland Mexican restaurant suffered a kitchen fire that destroyed most of the building. The restaurant is closed indefinitely.

Shortly after the fire, Guerrilla Street Food co-owner Brian Hardesty set up a GoFundMe page for the Lopez family, which owns the restaurant.

“Because the St. Louis restaurant community and people that love Taqueria Durango, I knew they would step up,” he said. “We just needed to get it started.” The page has raised more than $12,000 as of Tuesday, March 10.

Restaurants like Pastaria, Byrd & Barrel, Mission Taco Joint, Taco Circus and The Tamale Man will join Guerrilla Street to serve lunch from 11 a.m. to 2 p.m. and dinner from 5 to 9 p.m. Attendees will be able to enjoy drinks from Choirgirl, 2nd Shift Brewing and more, as well as ice cream from Ices Plain & Fancy.

“We’re also going to have a taco eating contest that Jason Bockman is going to be putting on. So we’ll be selling tickets to that,” Hardesty added. “All the proceeds we can possibly scrounge up will be donated to the family through GoFundMe.”

Hardesty said Taqueria Durango is an essential part of the St. Louis food scene. “There’s a lot of great, authentic Mexican food in St. Louis, but Taqueria Durango’s like the leader,” he said. “And they’re really great people. That’s their only job, running the restaurant and the grocery store next to it. They’ve committed their lives to it, and I think that makes a difference.”

Hardesty said he invited the Lopez family to take over the space that once housed Guerrilla Street Food off South Grand until they are able to reopen. “They are welcome to take over our Arsenal space anytime they’d like,” he said. “I’m just trying to help out in any way I can.”