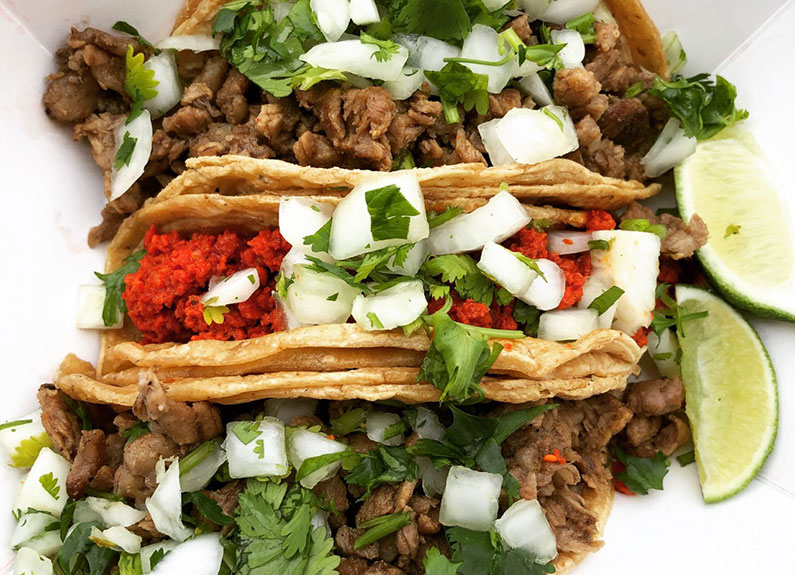 Popular food truck Locoz Tacoz will open a stationary location at 3169 Morgan Ford Road this summer. Chef-owner Tyler Garcia said the owners of neighboring Amsterdam Tavern recently purchased the building and approached him to lease the kitchen in the space.

“We’re the official food truck of the St. Louis Football Club,” Garcia said. “A lot of their customers are our same customers, as well.”

Garcia said he is building out a kitchen at the back of the currently unnamed restaurant. Patrons can dine inside the space, on the back biergarten or place their orders and bring food over to Amsterdam Tavern to enjoy while watching soccer games.

“We’re going to still do the same menu from the truck,” Garcia said. “Our roots came from my family’s business, La Tejana Taqueria [in Bridgeton]. One hundred percent authentic Mexican food. [We’ll have] our famous street tacos and our Locoz Fries. We’ll definitely add some new items that are easier to do in a brick-and-mortar.”

Garcia said diners can look forward to proteins like carne asada, al pastor and chicken tinga, and dishes like quesadillas, burritos and taquitos. “A lot of our recipes are family recipes,” he said.

Amsterdam Tavern managing officer Matt Stelzer said Amsterdam will operate another bar inside the new restaurant, where he expects to offer cocktails like margaritas and palomas. “It probably won’t be as beer-focused as Amsterdam,” Stelzer said, though he noted beer will be on offer.

The restaurant will be open most days of the week from 11 a.m. to 9 p.m., and a bit later on weekends. Garcia said the kitchen hours will occasionally shift to accommodate Amsterdam Tavern’s soccer viewing schedule.

“Amsterdam shows just about every soccer game. They even show the big tournaments,” Garcia said, explaining that big games taking place during the day in Europe are often aired live in the United States in the early morning. “There’ll be some days where we’ll open up at 6 or 7 in the morning for those matches.”

Garcia said he will serve breakfast tacos for those events, and would like to eventually be open for brunch on the weekends.

Fans of Locoz’s mobile operation shouldn’t worry; Garcia said the food truck will continue its usual circuit even after the restaurant opens.

Another wave of redevelopment is coming to Westport Plaza courtesy of owners Lodging Hospitality Management (LHM), ...

Benton Park Cafe​ will reopen its doors this winter with new ownership at 2901 Salena St. ...