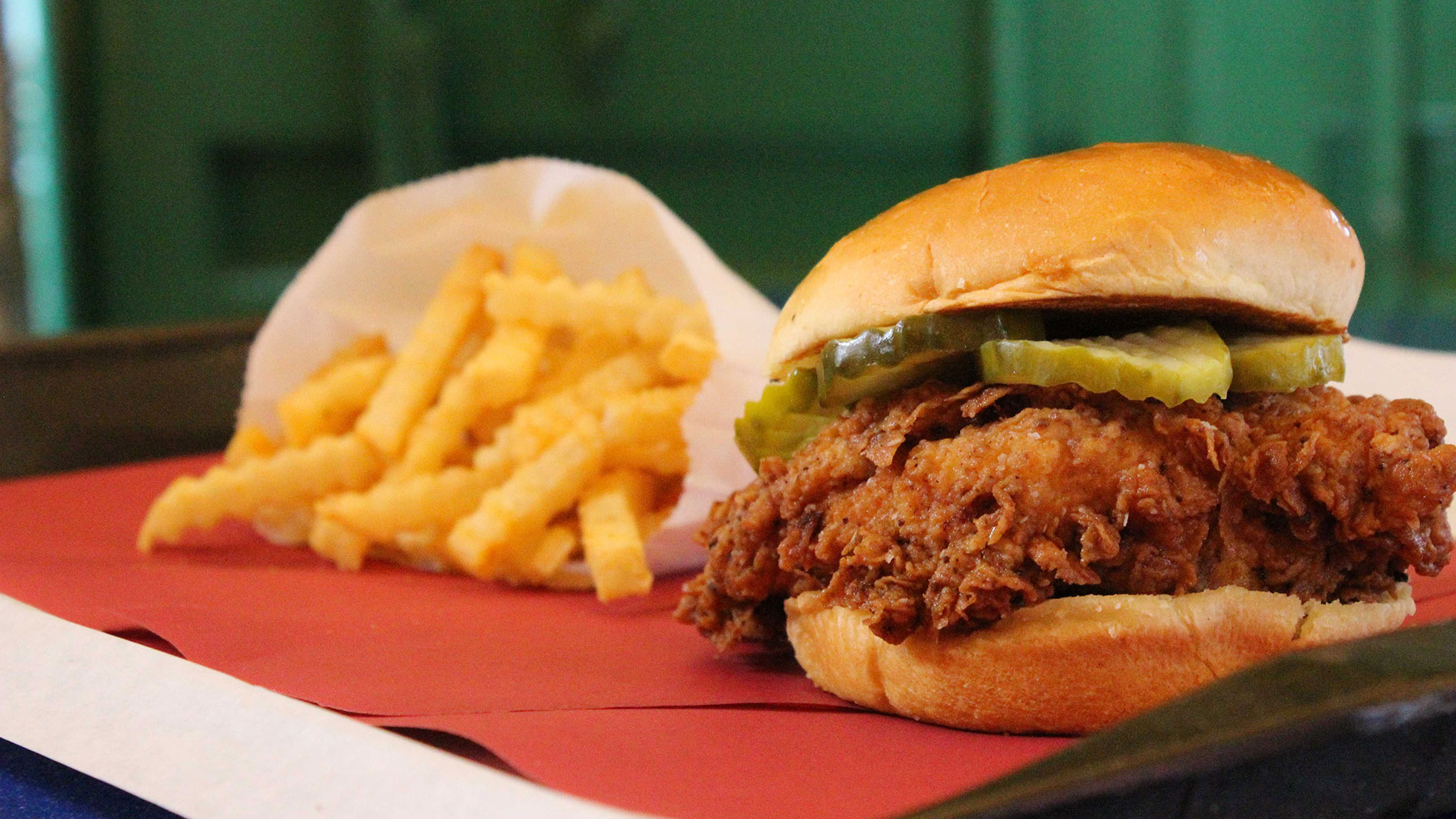 chicken out will serve chicken sandwiches in the loop. photo courtesy of chicken out

Sugarfire, Hi-Pointe Drive-In team will open Chicken Out in The Loop

Sugarfire Smoke House and Hi-Pointe Drive-In co-owner Mike Johnson has always wanted to open a fried chicken restaurant. This spring, he’ll achieve that goal at Chicken Out, a new concept that will go into 6197 Delmar Blvd., the space previously occupied by Piccione Pastry. For the new restaurant, Johnson will partner with Sugarfire co-owner Charlie Downs and local investor Ben Hillman.

When Piccione left The Loop in September 2019, the opportunity arose for Johnson to move ahead with the concept. “When [the space] came up, we talked to Washington University. We told them what we were thinking, and they liked it too, so we’re letting it rip,” he said.

Johnson said the restaurant will serve beer and wine and will be open daily for lunch and dinner. He added that breakfast may be an option in the future.

The late-night potential of a new restaurant in The Loop is not lost on this team; they intend to stay open late some nights. “For sure, with The Pageant there, definitely,” Johnson said.

Though Johnson said Chicken Out will likely open in May, he’s already testing menu items at Hi-Pointe Drive-In’s McCausland location this Saturday and Sunday, Feb. 29 and March 1.