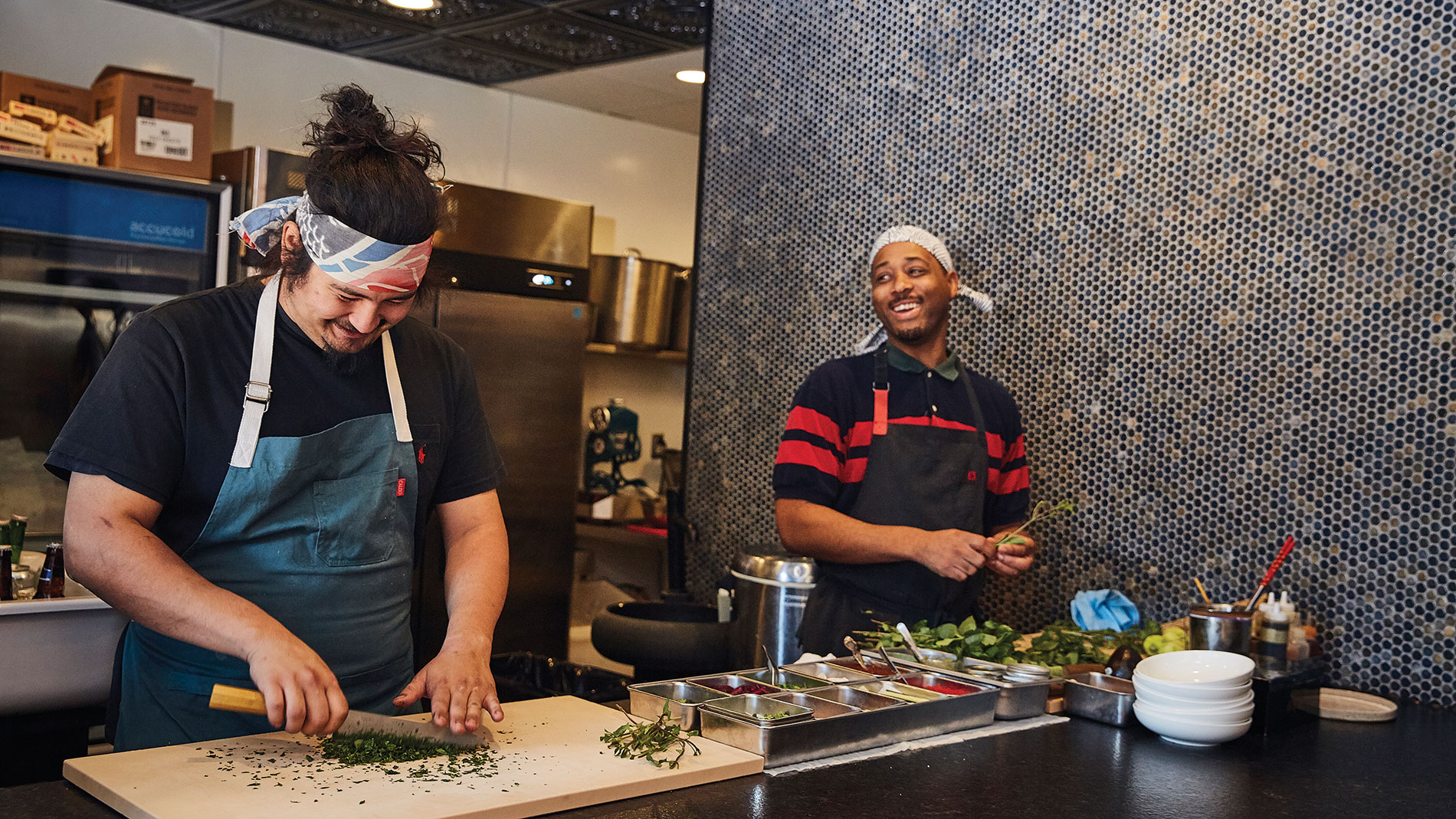 Rooted, as its name suggests, in the traditional flavors of mainland Southeast Asia and incorporating Japanese ingredients and techniques, Indo is the first outing from Nick Bognar. The 27-year-old chef-owner comes steeped in a family business operating successful Asian restaurants in Missouri.

His mother, the Thai restaurateur Ann Bognar, featured Thai and Japanese cuisines under the same roof when she founded Nippon Tei in Ballwin. It’s where Bognar grew up, learning to make crab Rangoon and egg rolls while absorbing the art and science of sushi.

He later managed the family’s second restaurant, the fast-causal Tei Too in Webster Groves, before leaving St. Louis to further his culinary journey, including high-end Japanese restaurants like Austin’s renowned Uchiko.

Since Bognar returned home to help revamp Nippon Tei in 2017, his distinctly modern, creative cooking and penchant for bucking the pesky constraints of authenticity have caught widespread attention, including a spot on this year’s James Beard Rising Star Chef semifinalist list.

His omakase (chef’s choice) dinners and mad sushi skills at Nippon Tei redefined our expectations, earning praise from diners and every food-related publication in town. At Indo, Bognar expands on many of the concepts that helped make Nippon Tei the top-tier sushi restaurant it is today.

Partial to black T-shirts, his unruly shock of shaggy hair always tamed by a bandana, the young chef comes off as an approachable buddy with a ready-made smile. He has billed Indo as a fun, casual place where diners don’t have to feel serious about eating seriously prepared food. “We basically drop a party at your table,” he told Sauce in June.

The party begins with a rotating a la carte menu of hot and cold tastings for building a meal and large dishes for sharing. Indo also offers a reservation-only, multicourse omakase at the chef’s counter on Tuesdays, Wednesdays and Thursdays for $150 per person. Reservations can be made on Indo’s website.

I overheard a server explain the circles, arrows, asterisks and lines drawn on the menu don’t connote house specialties – they’re “just a design element.” After a few bites of shrimp toast, one of the circled hot tastings, I wasn’t so sure.

Bognar’s take on the classic Asian snack combines shrimp, fish trimmings and cellophane noodles into a delicate croquette atop potato bread from neighbor Union Loafers. A topping of fried garlic and shallots and a drizzle of sweet-and-sour sauce made each vaguely shrimpy bite the perfect mix of savory sweetness.

I don’t think gyoza existed for me until I had Indo’s paper-thin, crispy-edged dumplings filled with minced pork and chicken. I certainly never had them topped with a beautiful, lacy sheet of fried tempura batter, crowned with red and green onions and fried shallots that, if it served no other purpose, was fun to crack through.

Another exceptional offering indicative of Bognar’s style was the tender lamb ribs, pan-fried to a crispy chew and slathered with a palm-sugar glaze punctuated by just enough funky fish sauce to balance the sweetness.

Bognar’s reputation for pushing sushi beyond the standard issue (no maki rolls here) is on full display, including his in-house process for dry-aging fish. Nigiri masu, or cherry ocean trout, is a type of salmon named for its beautiful cherry blossom pink color. Bognar loves to play with flavor and texture. He ages the fish five days to bring out wonderful umami flavors and seasons his sushi rice with salt, red vinegar and kombu. Flecks of lemon zest brighten the glistening, luscious slices.

A plate of silvery shima-aji (striped amberjack) sashimi, normally mild, was also aged five days to coax deeper flavor. It came garnished with puffed buckwheat and trout roe for two different types of crunch, along with dabs of negidare, a mild Japanese green onion sauce, for the subtlest vegetal flavor.

No other dish exemplified Bognar’s Thai heritage and Japanese culinary influences better than the Isaan hamachi (yellowtail). Named for the Isaan region of Thailand, the gorgeous dish consists of two small blocks of the firm fish in a pool of Thai coconut naam pla laced with chili oil and topped with Thai kosho, Bognar’s version of the Japanese condiment in which he replaces mild shishito peppers and the citrus fruit yuzu with fiery Thai chilies and Thai makrut limes.

There may be a long moment of silence before recognizing the lamb tartare as a revamped version of larb (or laab), a core dish in Isaan food. Bognar uses a brilliant combination of ingredients to retool his grandmother’s recipe – swapping out beef for lamb, adding candied pine nuts, fried shallots and minty herbs. Spicy enough to induce capsaicin-fueled head sweats, but addictive enough to keep eating, it was my favorite dish of the night.

From the large-dish sharing menu came braised short ribs in a bowl of richly layered red curry sauce that warmed without overwhelming. A side of flaky house-made roti and creamy, garlic-cucumber labneh laced with olive oil provided a cooling counterpoint.

Indo’s beverage program by sommelier and general manager Zac Adcox (previously at Reeds American Table) includes a creative lineup of cleverly named cocktails, including (on my visit) a fun, floral, slightly sweet gin and tonic served with a tea strainer filled with rock candy and hibiscus. It was called A Plastic Chair in the Rose Garden, a name seemingly right out of The New Yorker school of cartoon captioning.

It’s that kind of whimsy that threads throughout Indo, helping defy easy categorizations. Is it pan-Asian? Asian fusion? I’m sure it doesn’t matter to Bognar. He’s cooking food he loves, not what others think Asian food should be.