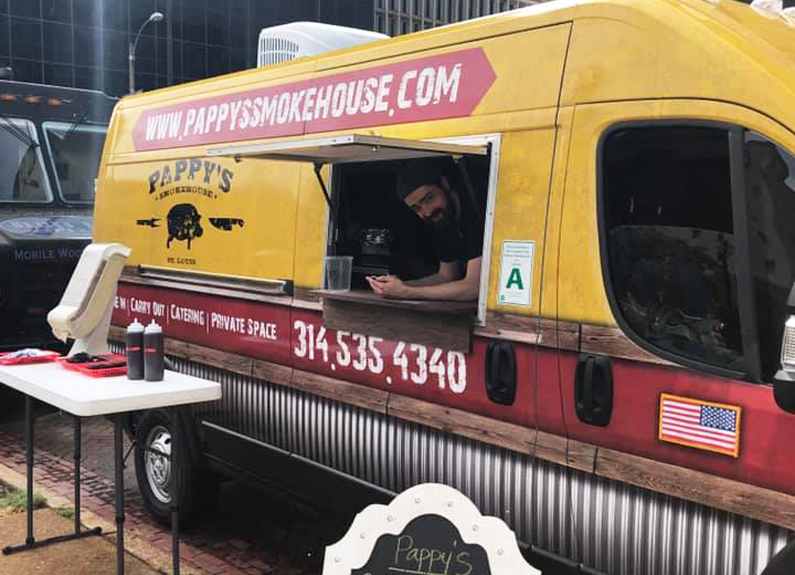 Pappy’s Smokehouse's famous barbecue is on the move. The restaurant’s new food truck, Pappy’s Rollin’ Smoke, hit the streets for its first official day of service on Monday, Aug. 26.

“We talked about [a food truck] for a couple of years and now just seemed like the right time, so we pulled the trigger,” said Pappy’s co-owner John Matthews.

Matthews said initially the truck will serve ribs, pulled pork and possibly turkey and brisket, plus an assortment of sides. Food will be prepared at the restaurant and held on the truck for service.