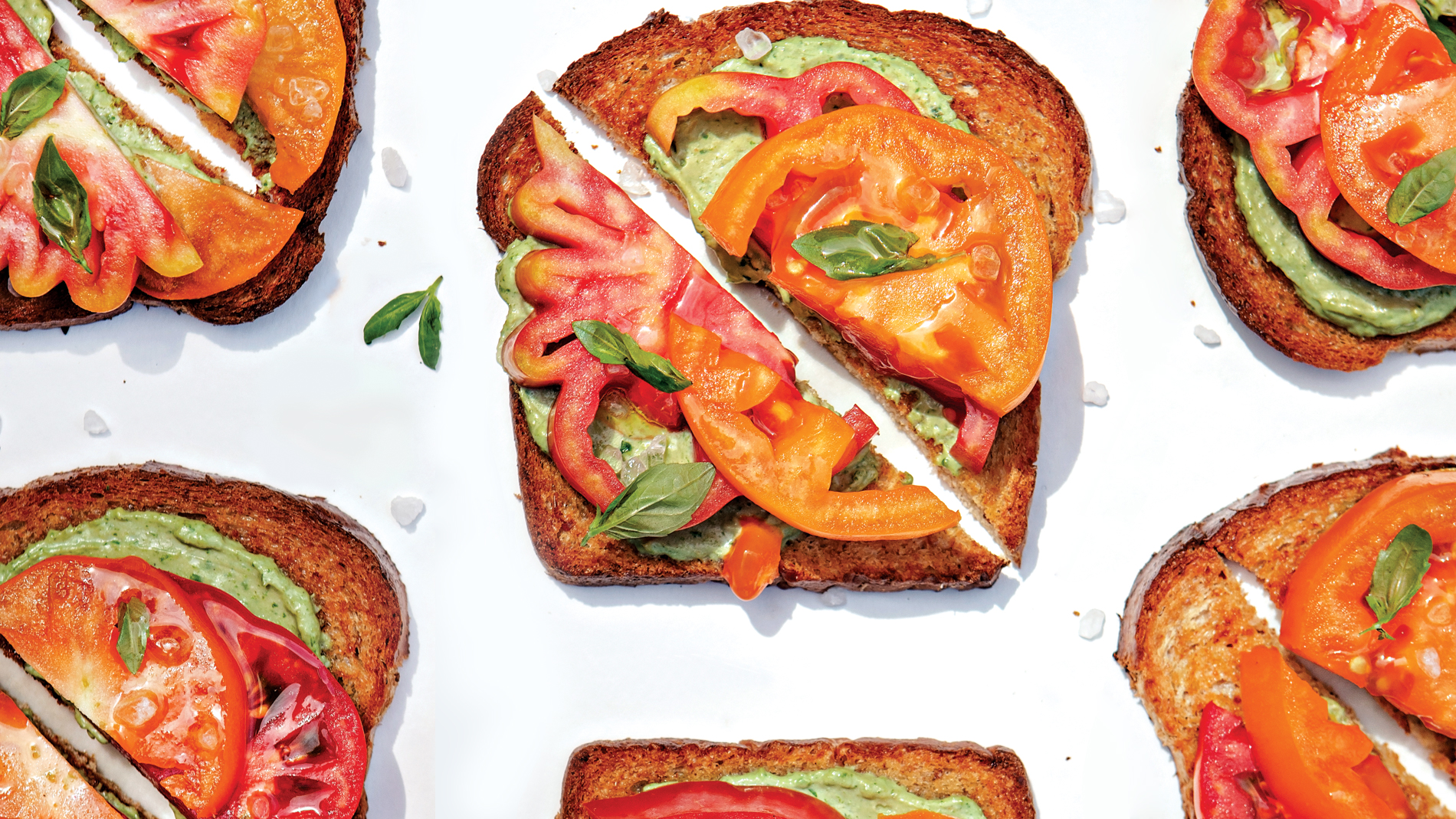 With tomatoes in abundance at farmers markets, in our gardens and on our plates, we’re all about enjoying the harvest’s bounty in fun, new ways. Here, some of our favorite local chefs share their favorite simple, tomato-centric recipes with minimal cooking, from Israeli bruschetta to tomato tartine.

• Brush the bread with the olive oil. Toast under the broiler until golden brown. Set aside.

• In the bowl of a food processor, add the ricotta, 1 cup basil and salt, and pulse until smooth and the basil is incorporated.

• Cut the tomatoes into ¼-inch slices and set on a sheet tray. Sprinkle with the salt and drizzle with the raspberry vinegar and more olive oil. Marinate 5 to 10 minutes.

• To serve, smear the whipped ricotta on the toasted bread, layer with the tomatoes, then finish with a chiffonade of the remaining basil and more sea salt. Cut in half on a diagonal.

• On a sheet tray, arrange the tomatoes in rows. With a small, handheld torch, char the tomatoes on all side. (If you don’t own a torch, use a hot grill.) While the tomatoes are still hot, immediately submerge them in the marinade. Tomatoes will keep refrigerated up to 1 week.

• To serve, toast the bread in a hot oven or on a grill. Generously rub with the fresh garlic and top with the tomato mixture. Drizzle with additional olive oil and sprinkle with the sea salt. Garnish with the herbs and serve immediately.

• In a large mixing bowl, combine the peaches, tomatoes, cherries and mint chiffonade. Toss with the olive oil and salt.

• Serve immediately with the crostini or crackers.

• On 4 salad plates, arrange the cucumbers, radishes and tomatoes, alternating the three in a circle, a line or a serpentine pattern.

• Garnish with the olive oil, everything spice, sea salt and herbs.

* Lemon cucumbers are available at local farmers markets and from Such and Such Farm. If you cannot find them, substitute any cucumber.

• Thinly slice the onions. Reserve ¾ of the green tops and set aside for the vinaigrette.

• In a large bowl, combine the sliced onion, tomatoes, cucumbers, green beans, pepper and salt. Toss with vinaigrette to taste.

• Place in serving bowl and top with the feta.

• In a food processor, add the garlic, onion greens and water and pulse until blended.

• Add the vinegar and mustard, pulse, and then slowly add the oil in a steady stream with the food processor running until the oil is just emulsified. Add the pepper and salt and incorporate.

Editor's Note: In the print version of this article in our August 2019 issue, Kevin Willmann's name was misspelled. We have updated the online version. 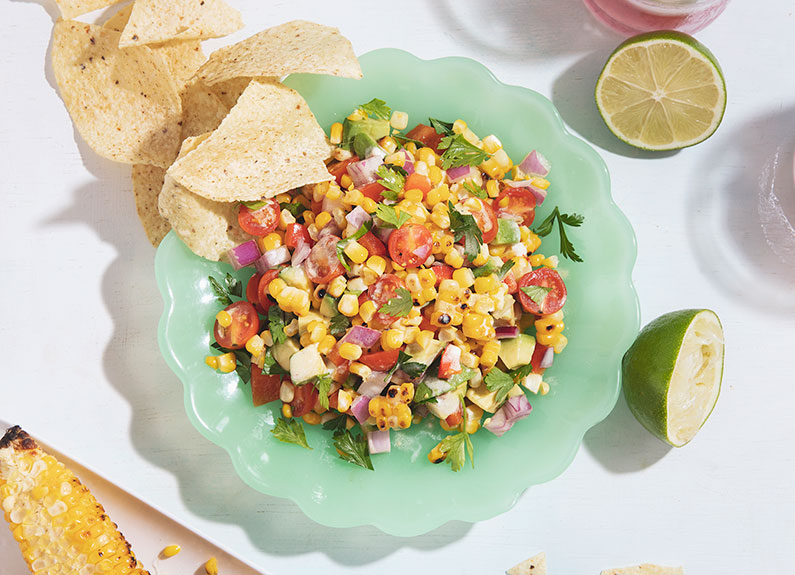 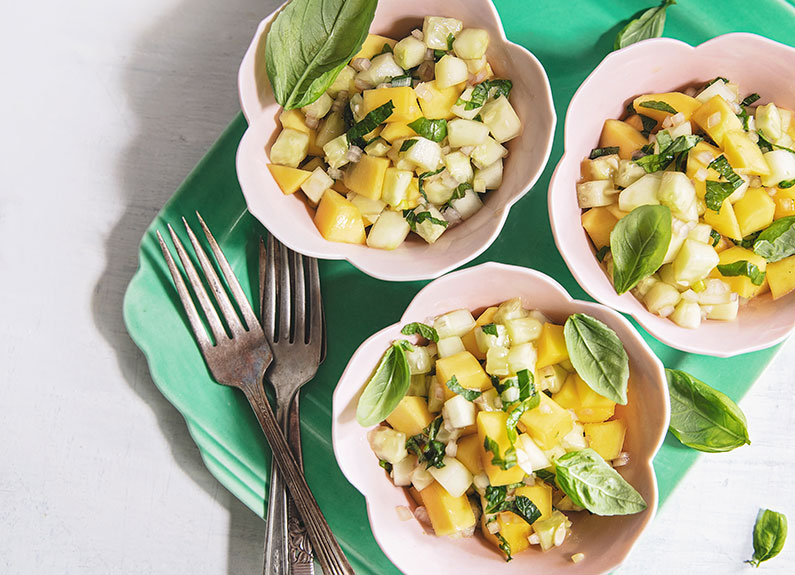 This refreshing dish proves you can forgo the heat and still eat well in just a ... 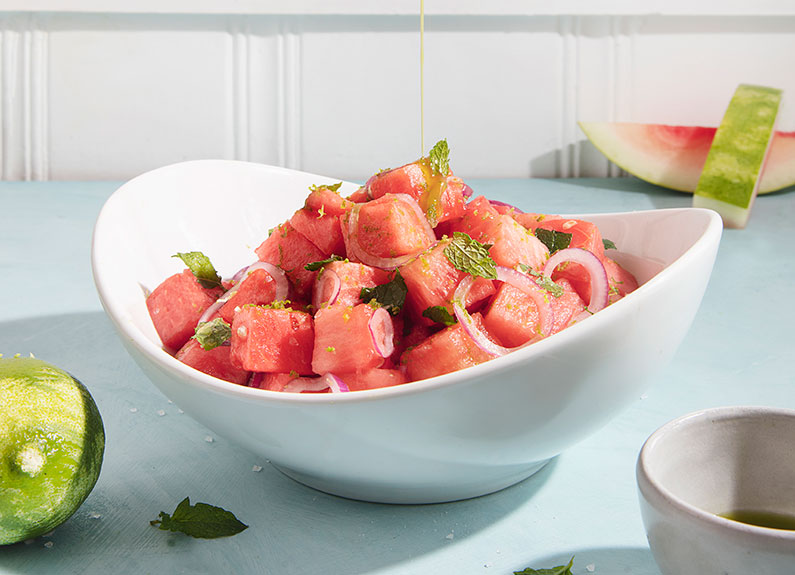 When it’s too hot to cook, we crave recipes that rely on fresh summer produce to ... 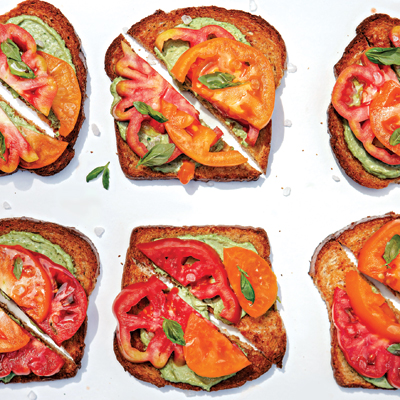 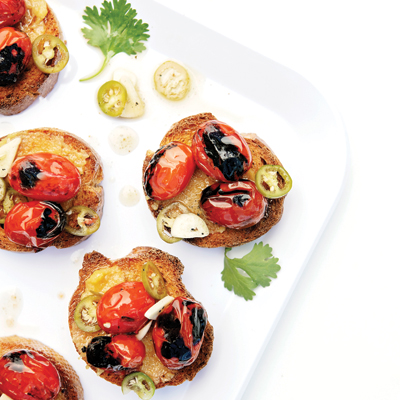 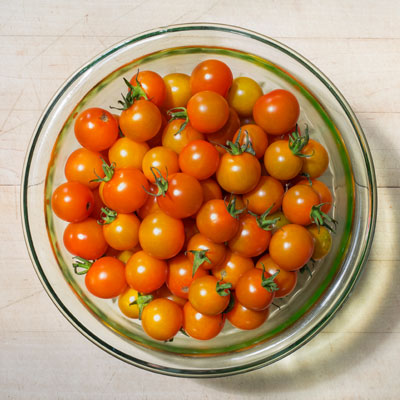 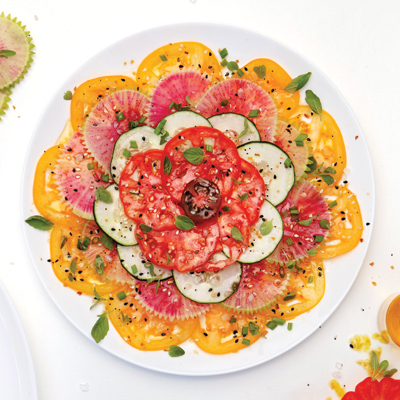 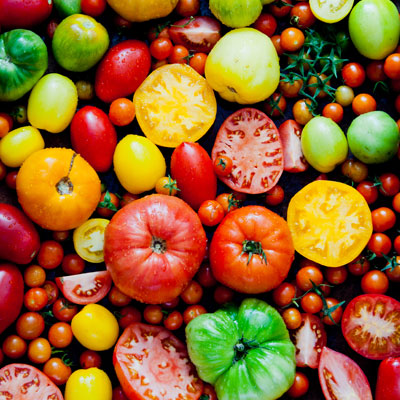 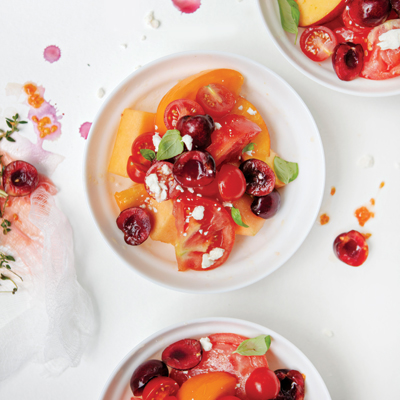