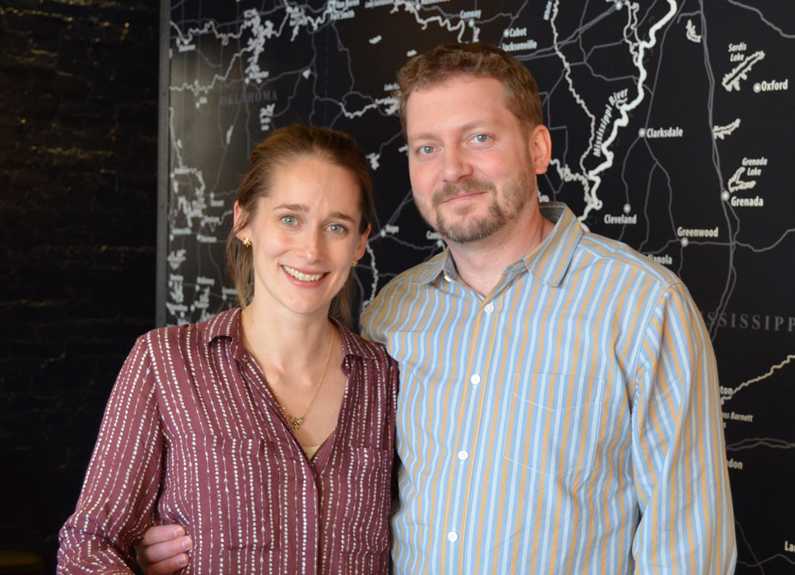 from left, cara and dave bailey photo by michelle volansky

Restaurateur Dave Bailey is about to double down on the Rooster space at 3150 S. Grand Blvd., turning the back half of the restaurant into Knockout BBQ. As reported by St. Louis Magazine, Bailey said he expects the new space to open at the end of August or early September.

Bailey said he plans to offer several vegetarian and vegan dishes, which will be designed by chef Jerremy Kirby of Small Batch, Bailey’s vegetarian eatery in Midtown.

Knockout BBQ will be making everything in house from buns to cornbread, as well as seven house sauces. As for drinks, Bailey said the bar will be beer heavy, but it will have a small cocktail list with a whiskey and mezcal angle.

The restaurant is expected to seat around 75 and will be open from 11 a.m. to 9 p.m. during the week, but will open later on the weekends so Rooster can take seating priority during brunch hours.

Bailey said St. Louisans can get a first taste of Knockout tomorrow, July 26, at the Brewers’ Picnic, the kickoff event for St. Louis Craft Beer Week.