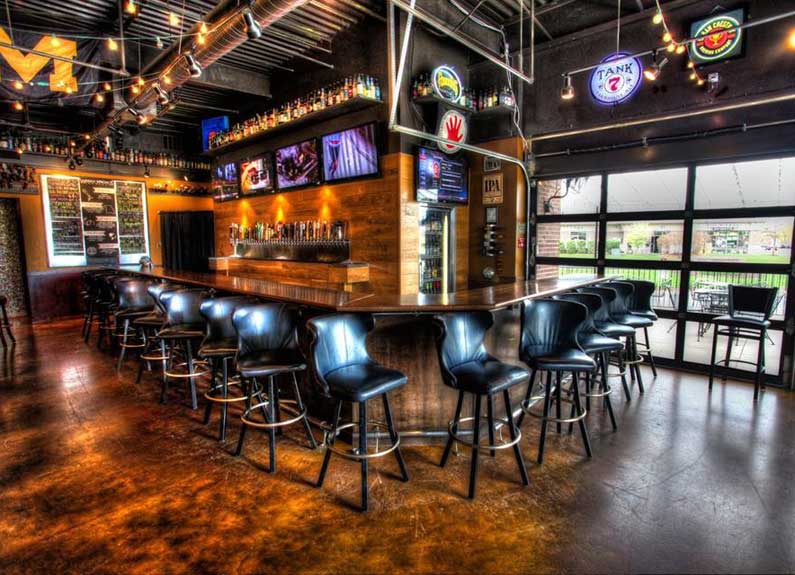 itap chesterfield will close at the end of 2018. photo couresty of itap

iTap will close flagship Chesterfield location at the end of December

Co-owners Sean Conroy and Brad Lobdell will close the Chesterfield location of their lauded bar franchise International Tap House at the end of the year, as reported by St. Louis Magazine. The Chesterfield bar was their first iTap spot that opened in 2008, eventually going on to establish spaces in Soulard, Central West End, Columbia and Kansas City.

A recent Instagram post by Conroy and Lobdell shed some light on the decision. “After 10 years of having the best beer selection, best drinking atmosphere and the best beer serving staff in West County, the lease for iTap Chesterfield is up,” it said.

Conroy said he’s looking forward to iTap Chesterfield’s last hurrah, as the location will be open through New Year’s Eve.

“[We’re] just kind of keeping it low-key. People are coming in,” Conroy said. “A lot of regulars are having parties to commemorate the end of a location they love and cherish. Nothing we’ve planned. [We’re] just kind of letting people come in and celebrate 10 years how they want to celebrate it.”

Conroy said they’re already looking for a new West County location. He said they had initially developed a new space and even signed a lease for a St. Charles spot, but that it ultimately didn’t work out because of the liquor laws in that area.

Rebounding, they set their sights on opening a new iTap in Louisville, Kentucky, which is now slated to open in March 2019.

“It’ll be a little different concept there. We’ll have not as much beer [and a larger] bourbon and whiskey selection, just to go with the clientele in the locale there,” he said. “But we’ll still have plenty of beer, and hopefully the best selection of beer in Louisville.”