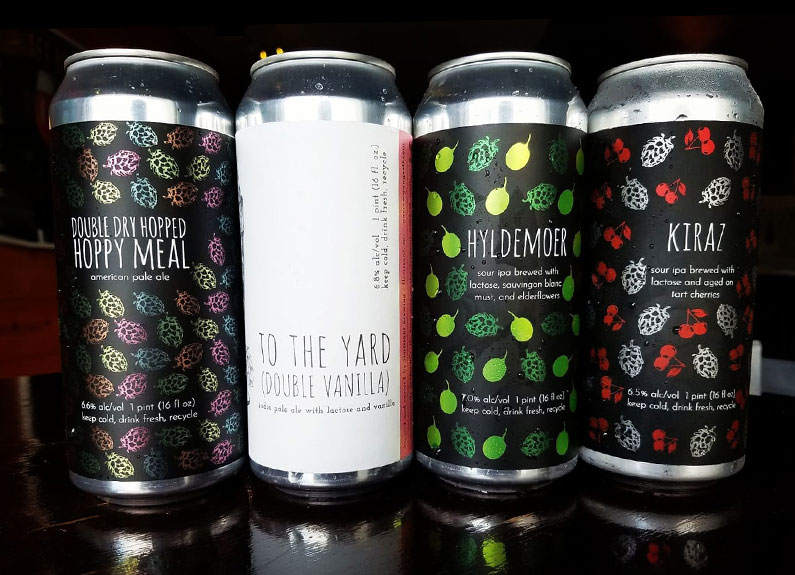 I’m heading to Denver this weekend for one of my favorite beer events: the Great American Beer Festival. One of my first GABF experiences was meeting Green Bench Brewing’s Khris Johnson in 2013 and drinking all the Surrealist I could get my hands on. This dry-hopped sour was incredibly innovative for craft beer at the time, and IPA experimenters have followed suit in recent years, introducing souring bacteria to their hop-forward beers to produce tart and hoppy characteristics.

While I’m gathering intel on the newest brews, you should head to Narrow Gauge Brewing Co. in Florissant for examples of this innovative and trendy style, plus a new version of its milkshake IPA and a crowd favorite.

On the heels of Drop Ceiling, brewer-owner Jeff Hardesty released his next two sour IPAs yesterday, Sept. 20, both dry-hopped with Nelson Sauvin and Motueka. The first is Kiraz, brewed with tart cherries, and the other is Hyldemoer, made with elderflower and sauvignon blanc must. Both base IPAs are tropical fruit- and citrus-forward, while the cherry, elderflower, and grape must adjuncts bring complexity to the lactobacillus tartness.

Keeping with the trendy haze craze sweeping the country, Narrow Gauge is also releasing the next in its Milkshake IPA series, To the Yard, made with double the vanilla to dance alongside the milk sugar. Look for a succulent, juicy palate with vibrant citrus notes rounded by smoothing vanilla.

And it wouldn’t be a Narrow Gauge release day if there wasn’t some double dry-hopped pale showcasing a variety of hops. This weekend, DDH Hoppy Meal is the ticket, hopped with Apollo, Simcoe and Mosaic. It showcases juicy tropical fruit and citrus, while a significant Simcoe and Mosaic dry-hop dosage brings out a deliciously dank aroma.

Katie Herrera is a longtime contributor to Sauce Magazine, account manager at Craft Republic and director of beer at STL Barkeep.