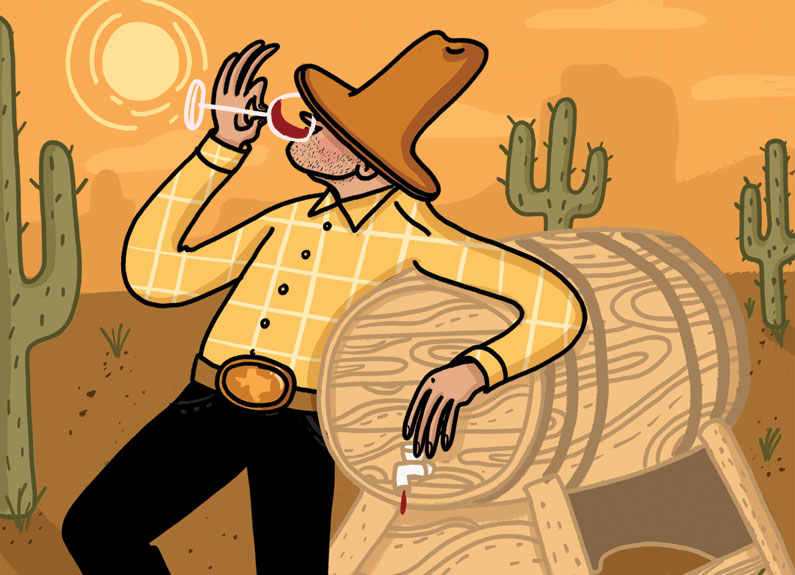 Watch out, California. You’ve long been the darling of the American wine scene, basking in praise for your bold, fruity bottles. But competition is sprouting in vineyards across the country, and other grape-growing states are stepping into the spotlight.

It all comes down to Vitis vinifera. This species of grape dominates the winemaking world – big names like chardonnay, cabernet and the various pinots are all vinifera. The species is a bit of a diva, however.

“There’s a fairly narrow band of areas of the world where these European varieties grow successfully,” including power producers such as South Africa, New Zealand, Argentina and the U.S. Pacific coast, said Glenn Bardgett, wine director at Annie Gunn’s and Smokehouse Market.

Thanks to their moderate climates, regions such as Napa Valley in California and the Finger Lakes in New York have long had an advantage with these grapes. Meanwhile, it is almost impossible for European varieties to flourish in much of the Midwest, South and Great Plains. That’s why other grape species, like Missouri’s state grape, the all-American Norton, and hearty hybrids like vignoles and chambourcin, are popular in those regions.

But winemakers in Ohio, Michigan and Texas are learning how to please vinifera, and experts say they’re coaxing fine performances from the picky plant. Regional bottles aren’t always easy to find in St. Louis, but local oenophiles say they’re worth seeking. Look for wines from any of the following auspicious American regions.

Virginia
Virginian vintners have figured some things out since Thomas Jefferson’s attempts to grow wine grapes failed. Norton, the American grape named for the Virginian who first cultivated it in the early 19th century, is still around. But today, you’re more likely to encounter vinifera grapes in Virginia, along with some hybrids. Look for chardonnay, cabernet franc, merlot, petit verdot and the official state variety, viognier.

Ohio
It may not be the first wine region you think of, but Ohio is one of the oldest in the U.S. Native-grape Ohioan bubbly was all the rage in the mid-19th century, so much so that Henry Wadsworth Longfellow wrote the poem “Ode to Catawba Wine” praising it. Today, chardonnay and pinot noir are the state’s most notable products. Look also for cabernet sauvignon, cabernet franc and pinot gris/grigio.

Texas
Of all the country’s emerging regions, “Texas wines are the most promising,” Blackwell-Calvert said. That’s thanks to a growing dedication to quality, especially from vineyards in the Texas High Plains AVA (American Viticultural Area). The panhandle’s soil and climate support grapes from Spain and the southern Rhone Valley, which Bardgett said is unusual for the American South.

Getting your hands on a good Lone Star bottle is a sure way to impress your friends, Blackwell-Calvert suggested. “There are world-class wines in the middle of Texas, but no one really knows they’re there.” Look for cabernet sauvignon, muscat, tempranillo, sauvignon blanc, syrah and viognier. The “Go Texan” logo indicates wine made with at least 75 percent Texas grapes.

Wines to try: 2017 William Chris Vineyards Petillant Naturel
Blackwell-Calvert called this red blend “fun and cheeky” with aromas and flavors of strawberry and citrus and a natural fizz. About half the grapes come from the High Plains region, the rest from further south in Texas.
$25. williamchriswines.com

Look for wines made from chardonnay, riesling and pinot noir. L. Mawby Vineyards on the Leelanau Peninsula specializes in sparklings made by the traditional méthode champenoise from grapes harvested by hand. The result, Wamhoff said, is amazing.

Wine to try: L. Mawby Vineyards Talismøn
This brut wine, produced in the méthode champenoise, is a blend of vignoles, pinot noir, pinot gris and chardonnay grapes. It has moderate body and a toasty aroma.
$39. lmawby.com

New Mexico
Great wine requires struggle. “The potential for making fine wine is greater [in dry areas like the American Southwest],” Blackwell-Calvert said, because grapes that have to fight to stay hydrated end up more flavorful. Some vintners, including several families of French immigrants, are capitalizing on this opportunity in New Mexico. Look for wines made from chardonnay, pinot noir and cabernet sauvignon.

Wine to try: Gruet Brut
The Gruet clan produces sparkling wines at high elevations using the méthode champenoise at its eponymous winery. Made of three-fourths chardonnay and one-fourth pinot noir, this crisp sparkling wine smells of green apple and citrus and has a long finish. Find it on local wine lists including Katie’s Pizza & Pasta Osteria, Sidney Street Cafe and Taste.
$17. Available at Randall’s Wines & Spirits 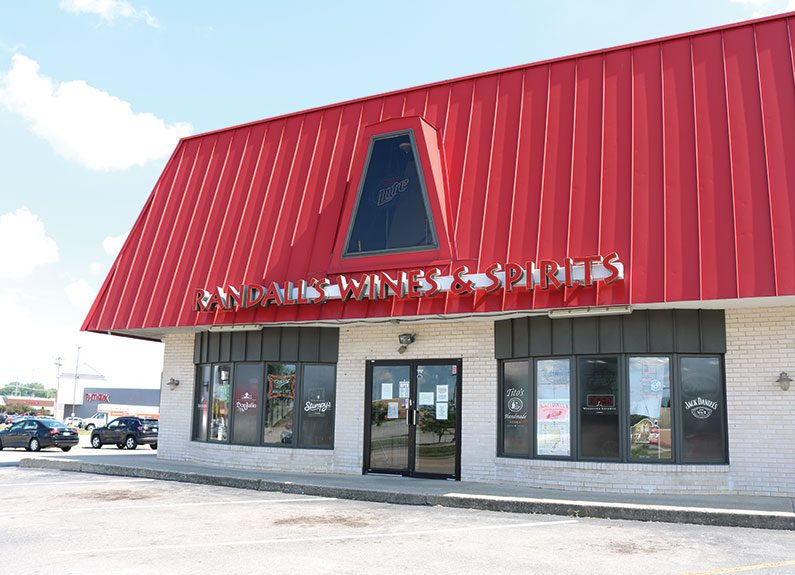 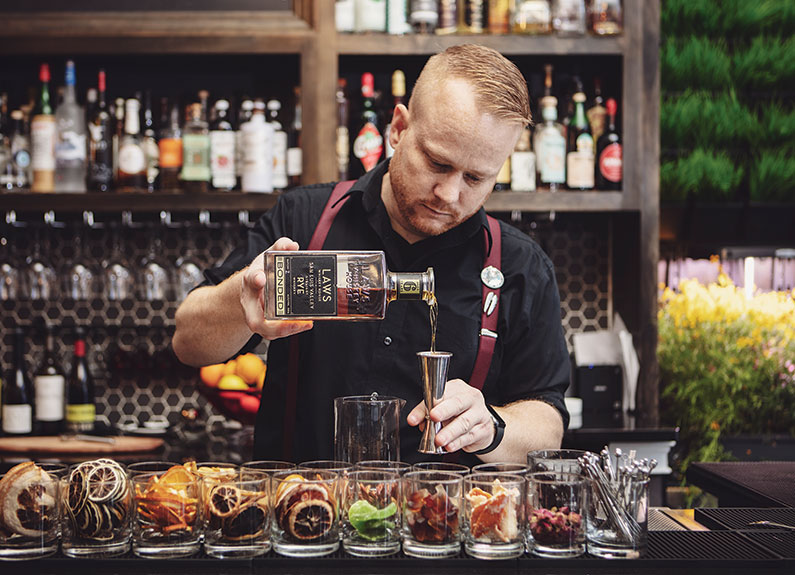 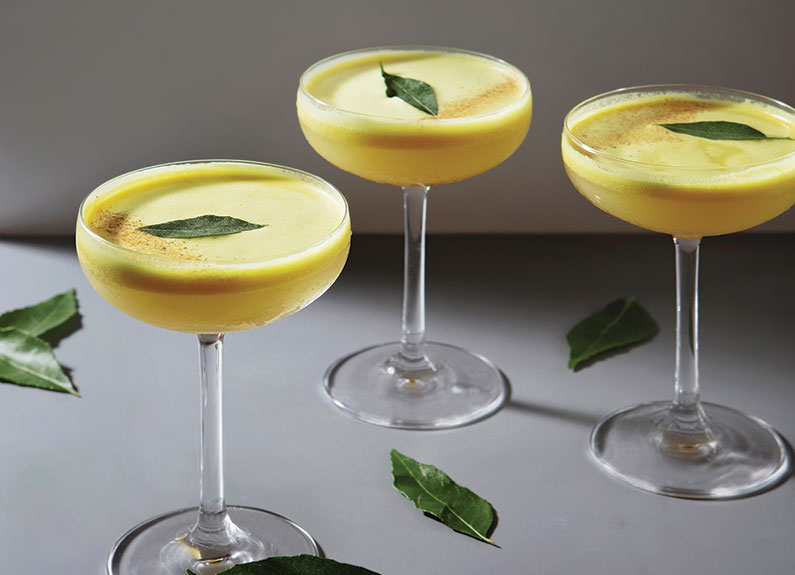