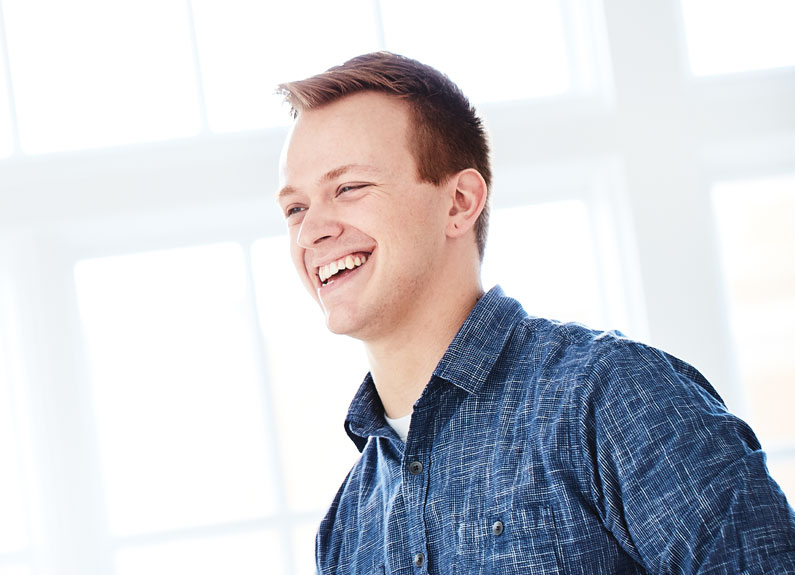 What I Do: Josh Charles, a St. Louis freelance chef

Four years ago, then-23-year-old Josh Charles was a Sauce One to Watch at Elaia and Olio. He went on to prove his mettle as executive chef at Element, then Blood & Sand. But when his son, Aiden, was born, Charles suddenly found his restaurant career at odds with family life – so he quit. Today, Charles works as a private chef, consults for restaurants like Das Bevo, does research and development at Metabolic Meals and markets his own brand online with eyes on a national TV show. Here, the gig-economy chef explains what he’s up to.

“I went through a funk like three months in: ‘What am I doing?’ I realized it’s because 10 years being in this culture, of being around people where you can be yourself … but it’s also serious, there’s results, objectives. There’s that push to service, there’s adrenaline. All that stuff went away, so I had to really find myself again.”

“I just put out a thing on social media, on Facebook, Instagram and LinkedIn saying, ‘Hey, I’m available for freelance positions: food photography, recipe development, R&D, cooking classes, private dinners – whatever you want.’ And Jason, the owner [of Metabolic Meals], reached out to me through LinkedIn … It’s right up my alley. I get to make recipes. I get to develop. I get to cook, and I don’t have to do all the management stuff. I don’t have to check the clipboard and make sure people are showing up on time.”

“I have no marketing background. I have no idea what I’m doing – I have no idea. Not only is social media branding, but every engagement you do is branding. So it starts with yourself and face-to-face interactions, but then social media amplifies that. In this day and age, it’s crazy how far my message can travel. … Ten years ago, I could have done the exact same thing I’m doing now, and no one would know my name.”

“I can eat silly amounts of food. I went to L.A. to visit my uncle recently and he’s in perfect shape year-round. He watched me eat six meals a day. … I have two lunches, two dinners, a late-night dessert, and I just try to experience as much as possible in the few short hours I’m in a city.”

“I do CrossFit primarily because to me, it’s just like PE for adults. I don't have to think about it. … Ultimately, I’m actually pretty lazy. Whenever I’m left to my own devices working out, I’m like, ‘Oh, I could lift this, or I could just go home. I think I’ll go home.’”

“I was in marching band in high school. … Drumline culture is very similar to kitchen culture. There’s no filter in drumline, essentially. You’re the noisy obnoxious kids in the back. Those kids go cook in a kitchen.”

“I have many avenues for what I want to do, and one of them is open a pizza and pasta restaurant in Collinsville. That's where I live, and the overall thing is I want to create a community. I want a family restaurant where my son can be there doing stuff, and no one is going to bat an eye because, ‘Oh, that’s his son, Aiden, and he’s just back there playing with dough because he’s 2 years old.’”

“These fragments of fine dining, they don't disappear. I'll be in the shower and think, ‘Huh, I wonder… I know exactly how that would taste.’”

“It’s literally ingrained into my DNA, that rush of service, getting it over with and then getting a round of drinks for the crew. … I do miss it, but the second I start to miss it, I just look at my life and what I’m doing, and this is still cool and still fun.”