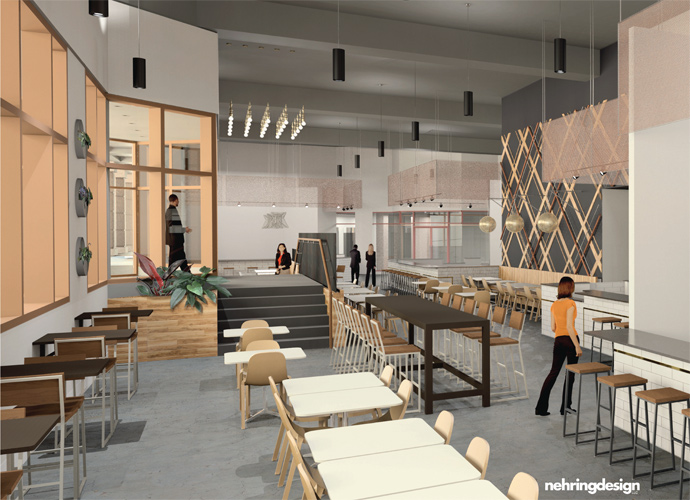 Downtown will soon get its own food hall. The Eatery is set to open this fall at 211 N. Broadway in the Metropolitan Square Building. As reported by Feast, The Eatery will open on the ground floor in the former Kemoll’s space. That restaurant moved to the top of the building in 2009, and the original space has been vacant since.