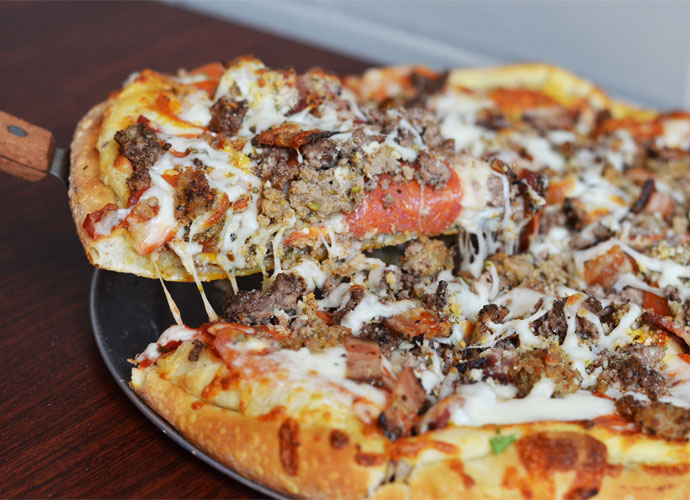 The Sliced Pint opens doors for pizza and beer lovers today, Sept. 30. As reported in June, the 4,300-square-foot restaurant is located next-door to City Museum at 1511 Washington Ave., downtown. Owners Amy and Amrit Gill are developers who also own Restoration St. Louis, as well as O’Shays Pub in The Grove, Holiday Inn Route 66 and several others in Iowa.

Create your own pie with four kinds of crust (including a signature T-Rav stuffed crust option), or choose from 13 specialty and signature pizzas like the Philly cheesesteak-inspired The Wonder Years or the St. Louis-centric pork steak pizza called The Urge.

The beer list has a local focus with 80 options from breweries like Old Bakery, Urban Chestnut and 4 Hands, 36 of which are available on tap. Indulgent fried appetizers, sandwiches and a handful of salads are also available at the pizza-and-beer themed restaurant.